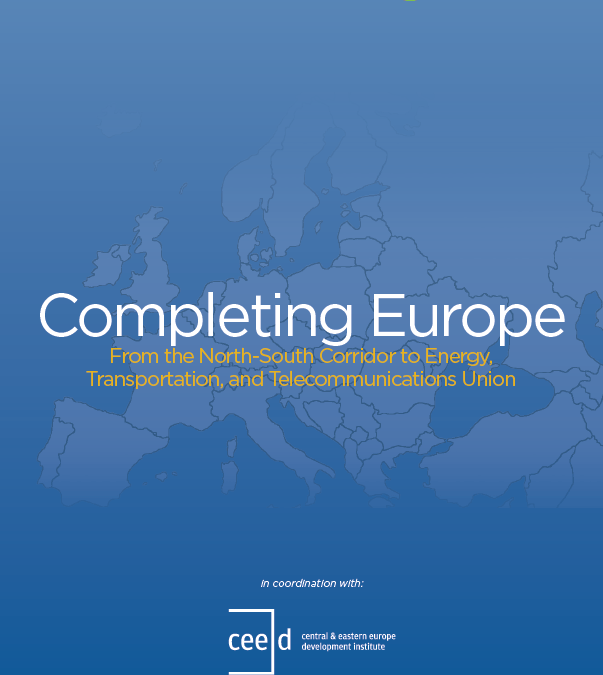 Chairman of the Board of Directors of CEEP, Mr. Paweł Olechnowicz, and General James Jones, Principal, Jones Group International, and Chairman of the Brent Scowcroft Center on International Security, Atlantic Council, will co-chair a presentation of report: ‘COMPLETING EUROPE – FROM THE NORTH-SOUTH CORRIDOR TO ENERGY, TRANSPORTATION AND TELECOMMUNICATIONS UNION’, which was drafted in co-operation with the Atlantic Council.

It will be presented at the Atlantic Council’s Energy and Economic Summit. The event will take place in Istanbul on the 20th-21st of November, 2014.

The Istanbul Summit is now a ‘must-attend’ event for top industry players, as exemplified by the confirmation of some of our most distinguished participants, including the US Secretary of Energy, Ernest Moniz, Turkey’s Deputy Prime Minister, Ali Babacan, and the Turkish Minister of Energy and Natural Resources, Taner Yildiz, among many others.

This year’s summit edition, titled: ‘Doing Business in Turbulent Times’, will focus on innovative solutions for today’s challenges, such as energy insecurity, global warming, the need for clean energy, the emergence of new conflicts and non-state actors, as well as the future of energy technologies and energy infrastructure finance.

The previous Istanbul Summit hosted nearly 350 political and business leaders from more than 40 countries around the world, including 44 CEOs and 27 Ministers.

On the second day of the summit, Mr. Olechnowicz and General James Jones, will discuss regional political and business opportunities, while co-chairing a presentation of a new report: ‘COMPLETING EUROPE – FROM THE NORTH-SOUTH CORRIDOR TO ENERGY, TRANSPORTATION AND TELECOMMUNICATIONS UNION’. This significant document highlights a critical element in the process of addressing Europe’s weaknesses: infrastructure development across Central Europe in the energy, transportation and telecommunications sectors. The study is structured around these three dimensions, without forgetting, of course, the required financial investments.