The Baltic Pipe Project moves to the next level 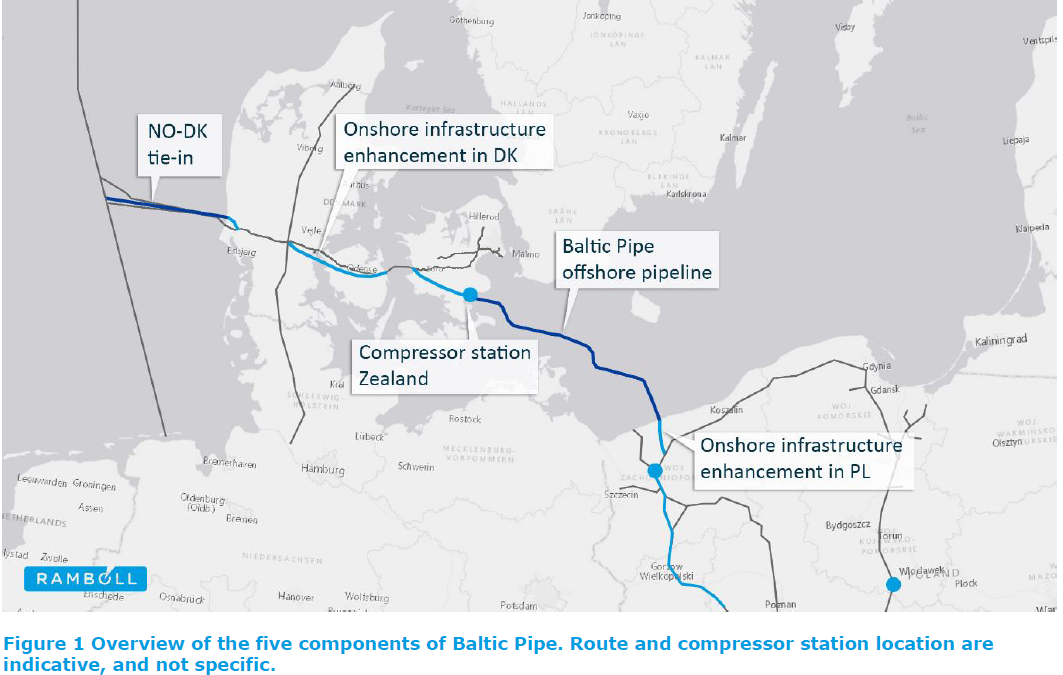 Both Energinet and GAZ-SYSTEM will proceed with the necessary technical, environmental and economic studies and surveys to be able to initiate the construction of the gas pipeline if a positive investment decision is taken in 2018.

The next milestone in the Baltic Pipe Project is the initiation of the second binding phase of the Open Season 2017, which will be launched on September 5, 2017. As a result of this phase, the shippers are expected to commit to 15-year contracts for capacity.

The Baltic Pipe Project is a major gas infrastructure project that aims at creating a new supply corridor for gas in the European gas market. The project will enable transport of gas directly from Norway to the markets in Denmark and Poland together with their neighboring markets. Moreover, it will also enable shippers to flow gas bidirectional from Poland to the Danish and Swedish markets, and thus allow Denmark and Sweden access to Liquefied Natural Gas (LNG) through the LNG import terminal in Poland.

The Baltic Pipe is recognised as the EU ‘Project of Common Interest’ (PCI) project and has the purpose to further strengthen the European internal energy market by reaching the EU’s energy policy objectives of affordable, secure and sustainable energy.

The scope of work for the Baltic Pipe Project can be broken down into five major components:

What is Open Season? A bidding process whereby Energinet.dk and GAZ-SYSTEM S.A. invite companies in the gas market to submit bids for capacity in Baltic Pipe. The companies must submit financially binding bids and thereby acquire capacity – to transport gas through the pipes – for 15 years. The Open Season procedure aims to determine whether – as the preliminary analysis shows – the connection is financially viable.