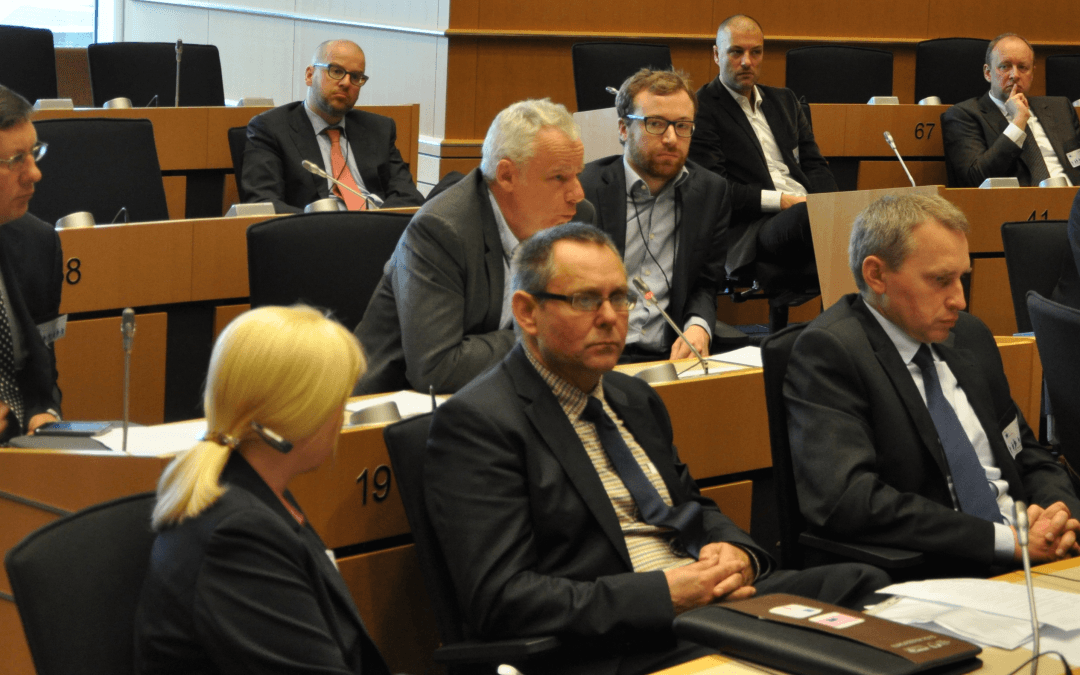 The conference ‘The Role of Biofuels in achieving the EU’s Climate Goals for 2030 and beyond’ provided the opportunity for a vivid debate about the most recent developments in renewable energy sources for the transport sector, the role of advanced biofuels, and with particular attention to ILUC (Indirect Land Use Change).

Participants discussed the role of first generation and advanced biofuels, in relation to reaching the EU’s greenhouse gas emission reduction targets, as well as the contribution these alternative fuels can make towards increasing energy security, maintaining economic growth and competitiveness, along with the promotion of international development.

Mr. Reul described how the perspective on first generation biofuels has been rapidly changing over the last few years, and what the consequences of this have been adversely affecting investment security and businesses all over Europe. He underlined that it is a politician’s duty to find a balance between various interests, as well as implement policies that promote progress and innovation through flexibility. In this context, Mr. Reul welcomed the decision to appoint a single commissioner for energy and the climate, and pointed out that we should not allow our climate policy to dominate other areas, such as security of supply or affordability – not least because of the crisis in Ukraine. He also noted that under these circumstances, fulfilling ambitious European goals will be very expensive and cannot happen without biofuels.

Mr. Andreas Pilzecker (Policy Officer in charge of biofuels since 2007, at DG Energy), presented the Commission’s view that sustainability considerations, and particularly Indirect Land Use Change (ILUC), should be an integral part of European legislation. He also pointed out that ‘the ball was now in the court’ of the European Parliament, which is presently discussing and amending the Commission’s proposals.

CEEP was also represented by Mr. Bogdan Janicki, Senior Adviser, who gave an in-depth presentation on the current status of the biofuels industry from a Central European perspective. He decried the current drop in biofuels consumption due to changing regulations, and underlined the need for a stable, legal framework that guarantees investment security – which Europe has been lacking so far.

Based on EUobserver information, biofuels consumption for use in transport in the European Union, dropped by 6.8% between 2012 and 2013, and the biofuel rate in 2013 was only 4.7%, when the EU’s target for 2010 was 5.75%. These current trends indicate that the 2020 target (10%) may not be achieved, and Europe will not reduce its bills for crude oil imports as planned. Mr. Janicki also stressed that biofuels are still more expensive than fossil fuels.

A former Vice-President of the European Parliament and previously a rapporteur for the Industry, Research and Energy Committee of the European Parliament on the Renewable Energy Directive, Mr. Alejo Vidal-Quadras, recommended postponing decisions on renewables and biofuels as a result of his conviction that a new Parliament will produce a much better outcome, thus giving the debate the time and attention it deserves. He also strongly discouraged the mixing of various measures (such as caps, targets, sub-targets) in order to achieve European goals, as these can easily become legally redundant, and commercially confusing. In the context of international development, Mr. Vidal-Quadras also mentioned that he had recently visited Malaysia and was impressed with the progress made in sustainable palm oil production.

The Chief Executive Officer of VERBIO, Mr. Claus Sauter, emphasised the need to ensure supply security through the use of biofuels, and challenged the Commission’s inclusion of ILUC in its Renewable Energy Directive. According to Mr. Sauter, ILUC is irrelevant in Europe, where the majority of land is already in use, and ineffective abroad, where producer countries, not the European Union, should be in charge of drafting and enforcing sustainability regulations.

Bio industry representatives stressed that ILUC does not actually apply to Europe. Moreover, we still cannot measure ILUC, because it is based on too many hypothetical economic assumptions, market predictions, and theoretical models.

[Tweet "We need a common understanding of how to categorise waste, residues"]The Chief Executive Officer of the Association of the German Biofuel Industry, Mr. Elmar Baumann, highlighted the academic controversy around the scientific conceptualisation of ILUC, and challenged its applicability in policy-making. He noted that biofuels replace the most expensive and environmentally problematic forms of fossil fuels, and therefore do contribute significantly to the European Union’s climate goals.

The situation is changing regarding biofuels. In previous years, first-generation biofuels were seen in a very favourable light. Currently, though, some of them are perceived as being bad for the environment and food security. Whilst the EU certainly needs advanced biofuels, there is no comprehensive definition yet of what constitutes a second or third generation biofuel. We need a common understanding of how to categorise waste, residues, etc. Furthermore, the costs of advanced biofuels are still too high. A number of previously announced investment projects were postponed or cancelled, and investors will scour the markets before they start investing.

The other participants, members of the European Parliament, representatives of European institutions, academics, executives, and heads of industry organisations, contributed substantially to an interesting debate. For example, the Chief Executive Officer of the Certification firm, ISCC Systems, Dr. Norbert Schmitz, recounted what he called a ‘success story of certification systems’, promoted by the European Commission – particularly in Malaysia – in achieving sustainable biofuels production abroad. The Secretary-General of ePure, Mr. Robert Wright, in response to the pro-ILUC comments of Mr. Pilzecker, stressed that ILUC was, and is, an inadequate instrument of policy-making and should not be included in European legislation, as it offers no certainty or consistency in its predictions.