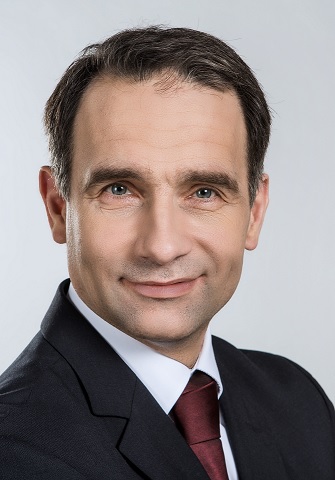 Lithuania’s energy situation changed considerably after the Klaipeda terminal was launched. Gas prices for industrial consumers are now 40% lower than before the terminal’s completion. Lithuania’s Minister of Energy, Rokas Masiulis, talked about his country’s methods of raising its energy security after the panel discussion event, organised by CEEP, during the European Economic Congress in Katowice (Poland).

Jan Jujeczka (JJ): In the context of recent geopolitical challenges, do you see a shift in the European debate on energy?

Rokas Masiulis (RM): Indeed, Europe has realised that unity in energy issues is as important as unity in politics. Energy is always about geopolitics. This results in energy continuously being used as a political tool. We see what is happening in Ukraine and the threats to discontinue gas supplies that this country faces. Europe needs to find its own solutions for energy, and not have to rely on others. First of all, we need to unify ourselves and get connected. We need to create an effective, internal European market in order to share resources and open routes for alternative energy supplies.

JJ: This demands proper infrastructure, the key to which is the North–South Corridor. Does Lithuania’s government support this initiative by CEEP and the Atlantic Council?

RM: The North-South Corridor is an important project. Its realisation is in accordance with Lithuania’s energy goals. We need to have a well-connected and synchronised electricity market. The same applies for gas pipelines. So, definitely, this initiative fits our agenda.

JJ: In terms of ensuring energy security, Lithuania can be considered as a success story. How did you achieve it?

RM: In 2007, Lithuania came out with an Energy Independence Strategy. The title of this document says a lot. We understood that, in this part of the world, energy is used as a political tool. Bearing that in mind, we decided to undertake firm steps in order to gain energy independence. The backbone of this plan was the energy terminal in Klaipeda, as well as power links to Poland and Sweden. We formed working groups, assigned well-defined projects to specific companies, and provided each of them with very strict rules of guidance. Under this governmental supervision and political support, we managed to complete those projects on time. The key to success was determination and pursuing decisions to their ultimate end.

JJ: So your success demanded co-operation between the market and the State? This is sometimes challenging, is it not?

JJ: How did Lithuania’s energy situation change after the Klaipeda terminal was launched?

RM: It changed considerably: and in a very practical way, as the gas prices dropped. We received a discount from Gazprom, and following a further drop in oil prices, we were offered another discount. As a consequence of this, gas prices for industrial consumers are now 40% lower than before the launch. This is much more of a change than we expected. The conclusion is that practical steps in building infrastructure always result in lower energy prices.

JJ: From the geopolitical point of view, there are two levels of energy security. One of them is regional, the other – European. Let’s talk about the regional first. How does Lithuania see its place in the Baltics–Scandinavia–Poland triangle?

JJ: What about the European level? What is Lithuania’s vision of European energy policy?

RM: We strongly support the idea of the Energy Union. We agree with most of its goals. I believe that co-ordination of energy aspects should remain strong at the level of the European Commission. We need a moderator to keep Member States unified.

JJ: You are a member of the government, but you also possess a strong business background in your career profile so far. Did that allow you to bring a different perspective to Lithuanian politics?

RM: I had never expected I would become a politician before I was called to the Ministry of Energy. Working in business is a bit simpler than in politics, as you have clear tasks to be executed. In politics, you need to be ready to adapt to new situations arising every day: it is far more unpredictable. Still, in politics, you can do more for your people, of course. That is why I keep convincing my colleagues from the business world to serve a couple of years for their country. Just like in the army. Public administration and the government need top-class professionals. Their knowledge should be used ‘for the wider good’ than just for one or two companies. Sharing it with the whole country, would be of huge benefit for everyone. A balanced blend of politicians and professionals is the best situation you can have in any government.