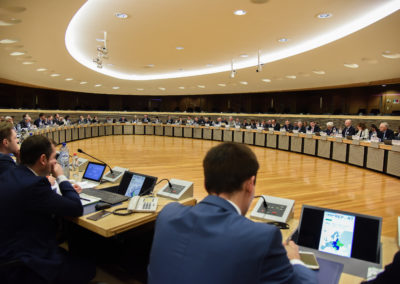 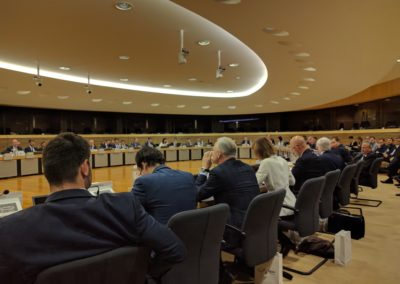 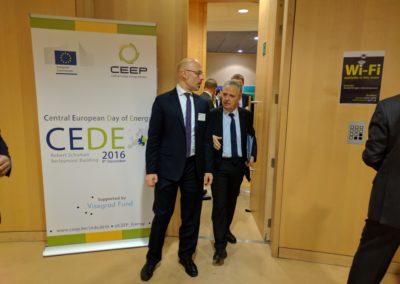 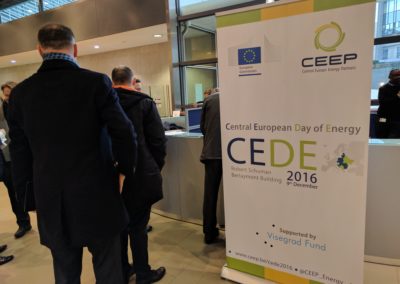 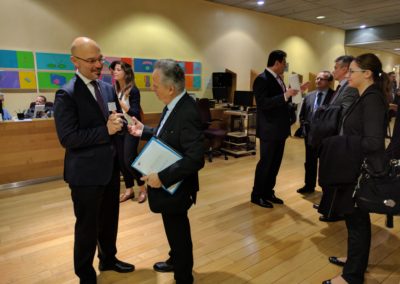 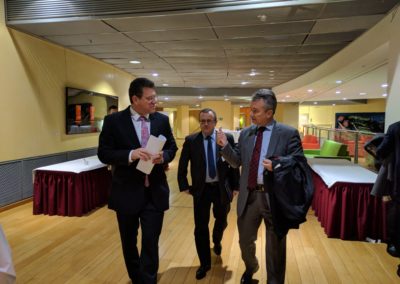 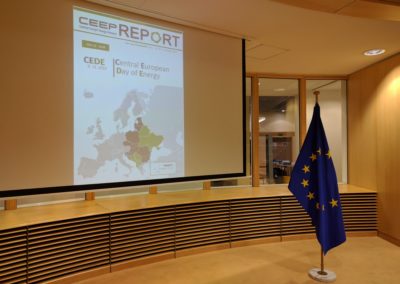 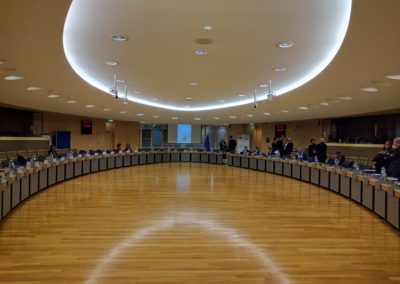 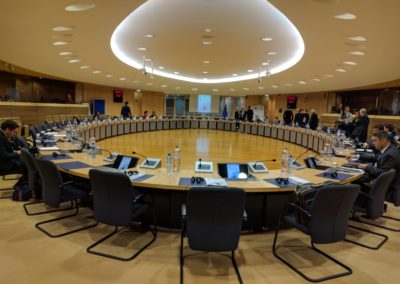 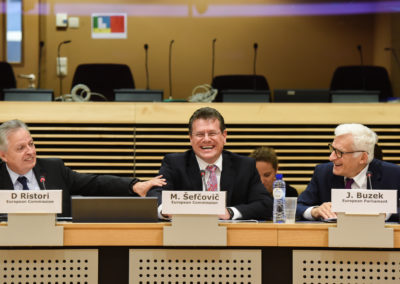 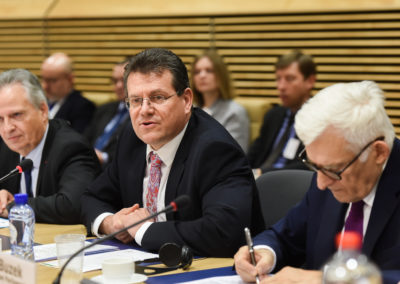 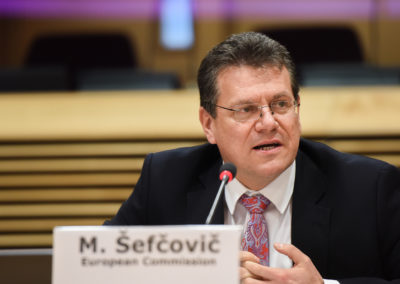 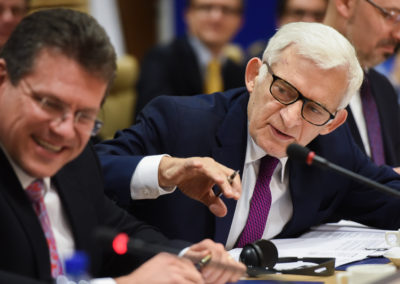 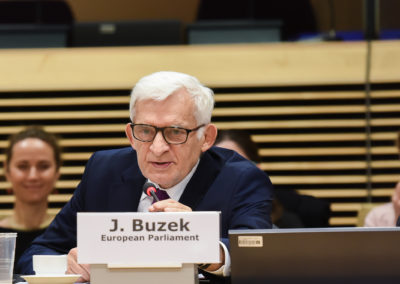 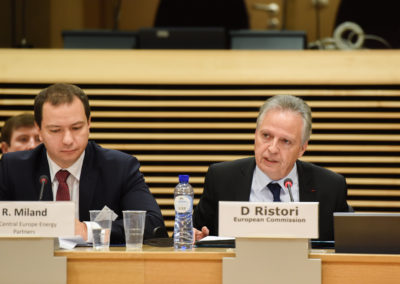 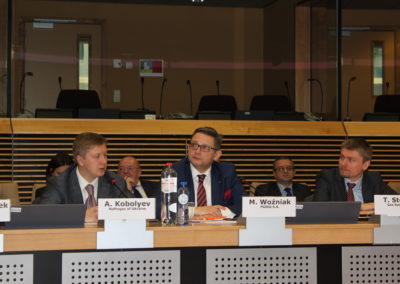 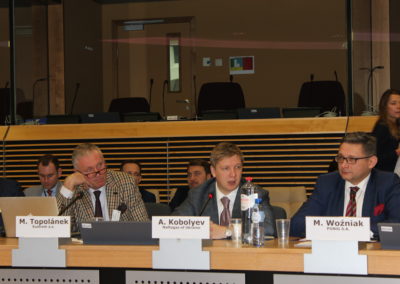 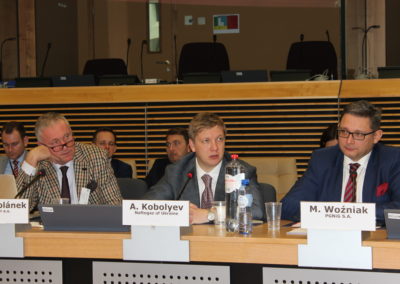 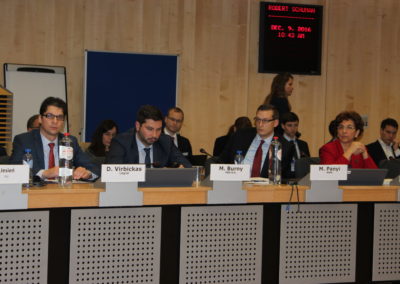 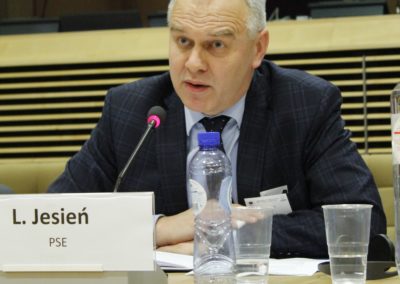 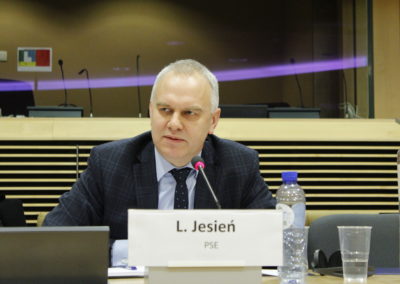 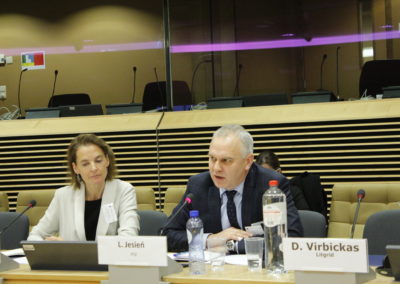 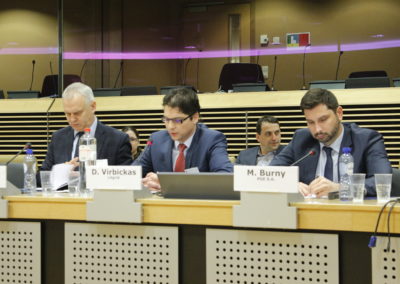 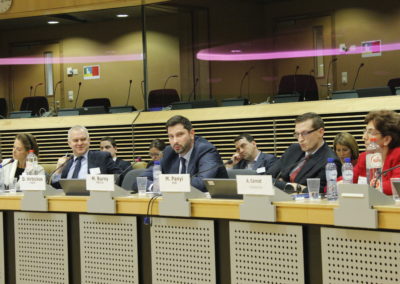 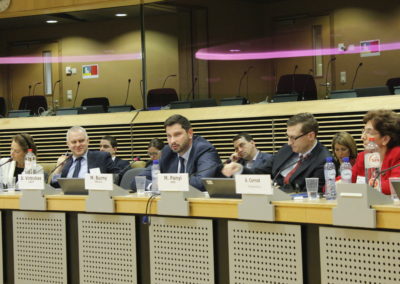 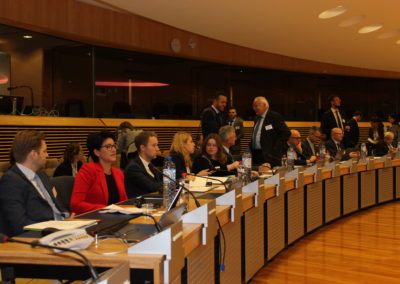 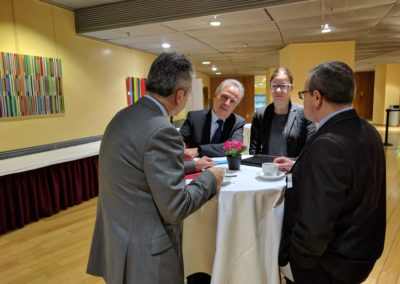 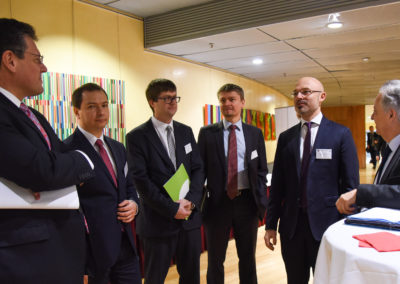 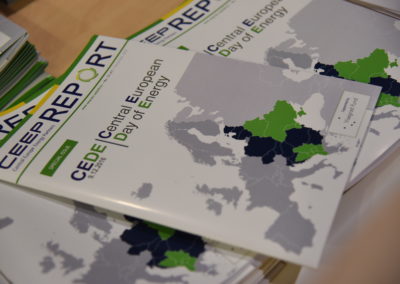 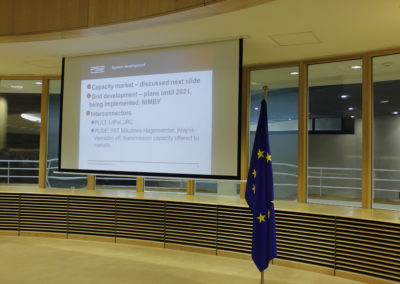 The goals of the first edition of the Central European Day of Energy event are to provide comprehensive information concerning the Central European (CE) energy sectors, as well as focusing on the projects of common interests in the region. We aim to establish a forum for useful networking, discussing electricity and natural gas infrastructure issues and needs, especially in relation to the North-South interconnections in the CE region, and linking the EU with the Eastern neighbours, such as Ukraine. Additionally, we intend to facilitate and promote the development of closer co-operation, in the field of energy security, among the key institutions and industrial stakeholders from the CE region on one side and the EU’s policy-makers on the other side.

The participants will discuss the security of gas and electricity supply within the CE region in two sessions:

The first edition of CEDE will be presented by CEEP in co-operation with partners from the V4 countries and Ukraine, in the premises of the European Commission in Brussels, under the auspices of the Vice-President of the EC in charge of the Energy Union, Mr. Maroš Šefčovič, the Slovak Republic’s Presidency of the Council of the European Union, and the Republic of Poland’s Presidency of the V4. The event is supported by the International Visegrad Fund.

Central and Eastern Europe needs to diversify the gas sup-ply sources, not only the routes

Diversifying the gas supplies to Central and Eastern Europe, not only by its routes, but by the sources of supply will allow the creation of a real gas market, with free competition between suppliers and freedom of choice for customers. In the light of this, the decision of the European Commission allowing Gazprom increased access to the capacity of the OPAL pipeline, as well the pursue of the Nord Stream 2 project are contrary to the Energy Union principles and detrimental to the region. These are the key messages discussed during the first edition of Central European Day of Energy, in Brussels.

All European projects, according to the Energy Union rules, should increase energy security, solidarity and trust. They also have to comply with the European common rules concerning third party access and competition policy, hence without posing a threat of disruption on existing routes.

The European Commission’s Vice-President in charge of Energy Union, Maroš Šefčovič, reminded that “2016 will be remembered as a highly turbulent year, a turning point between the old and the new energy systems. With the just released “Clean Energy For All Europeans" legislative package we made sure that the necessary legislation is there to frame all these profound changes. The biggest changes since the centralised energy system was introduced in our continent.”

“A proper market design for integrated energy markets of CEE countries, constitutes a strategic goal for energy co-operation in the region and the new legislative package will profoundly reshape how power is generated, traded and transported. However, the ambition should go beyond just the development of physical infrastructure and interconnections, and also include a regulatory framework”, stated Rafał Miland, Vice – Chairman of the Board of Directors of CEEP.

The event was organised by Central Europe Energy Partners in association with the European Commission, DG Energy, and with the support of International Visegrad Fund, on the 9th of December, in Brussels. This first edition was prepared in cooperation with partners from Visegrad countries and Ukraine:  Center for Social and Economic Research (CASE), Poland; Research Center of the Slovak Foreign Policy Association (RC SFPA), Slovakia; The Institute for Foreign Affairs and Trade (IFAT), Hungary; The Institute for Politics and Society (IPS), Czech Republic; Razumkov Centre, Ukraine.

The event is organised by Central Europe Energy Partners  and the European Commission DG Energy with the support of the International Visegrad Fund.

Dominique Ristori has worked in the European Commission since 1978 and has held several senior positions. Prior to his current posting, he was Director-General of the Joint Research Centre (JRC) from 2010 to 2013. Between 2006 and 2010 Mr Ristori was Deputy Director General of DG Energy and Transport. From 2000 to 2006, he was Director in charge of General Affairs and Resources in DG Energy and Transport.
Dominique Ristori

Director-General in the Directorate General for Energy, DG Energy

Jerzy Buzek is a Polish politician, former Prime Minister of Poland (1997-2001) and former President of the European Parliament (2009-2012). He is currently chairing the EP’s Committee on Industry, Research and Energy (ITRE) and the Conference of Committee Chairs. He chairs the European Energy Forum, a platform for formal and informal discussion of the European energy stakeholders.
Jerzy Buzek

Daivis Virbickas is the Chairman of the Board of Litgrid. He has long-term experience in developing and managing transmission system strategies, electricity market analysis and business management. Until September 2013, he had been a commercial director at Alpiq AG, a company which represents the Swiss group in the Baltic States. Until 2011, he was the Head of the Technical Division at Litgrid.
Daivis Virbickas

Chairman of the Board, Litgrid

Mirek Topolánek was the Prime Minister of the Czech Republic between 2006 and 2009. In 2009 he was President of the European Council. After leaving high politics he has been active in energetics business and educational activities. Since November 2014 he has held position of the Director of International Development and Public Affairs Director in Slovak TSO Eustream and in 2015 became a Member of the Board of Directors of Eustream.
Mirek Topolánek

Member of the Board of Directors, Eustream