CEEP and FuelsEurope workshop dedicated to the EU ETS Reform 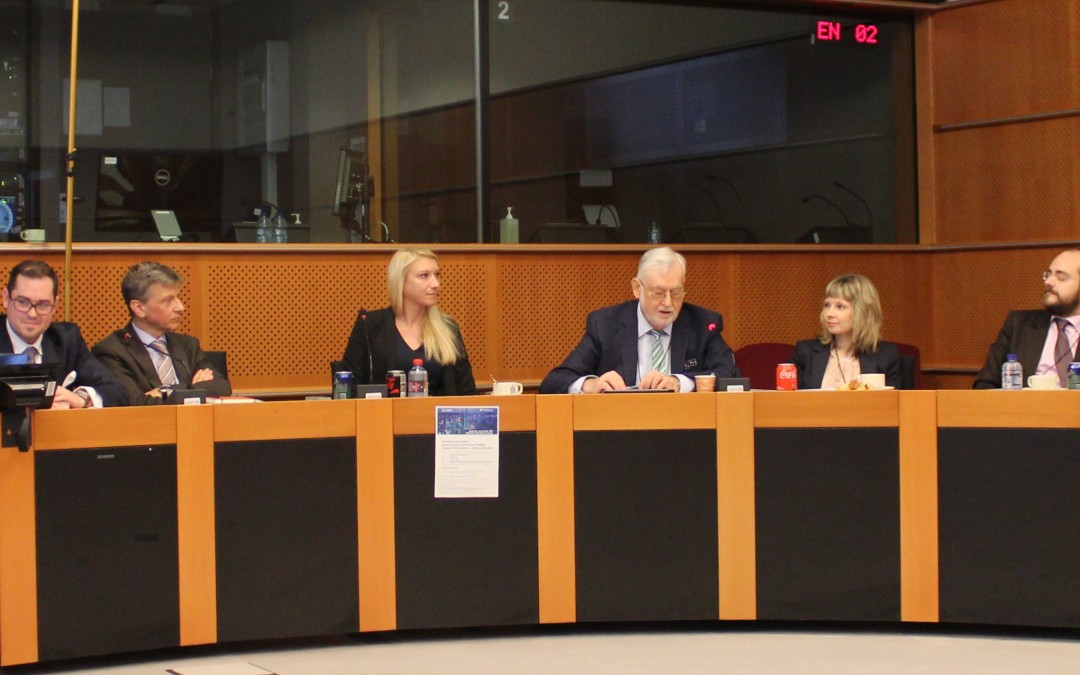 On the 22nd of April, thanks to the courtesy of the Chairman of the ITRE Committee, Mr. Jerzy Buzek, CEEP and FuelsEurope had an opportunity, in the premises of the European Parliament, to organise a workshop dedicated to the European Union’s Emissions Trading System (ETS) Reform.

The meeting was directed especially at the Assistants and Advisors to the Members of the European Parliament. During the meeting, CEEP and FuelsEurope were able to express their opinions regarding ETS reform. As for industry, this issue has become one of the key proposals being now discussed. So, both organisers decided to focus on the – Myths and Reality behind the ETS system, in order to explain its actual position within the European Union’s Climate policy.

The event was moderated together, by Mr. Alessandro Bartelloni, Policy Director, FuelsEurope, and Jakub Przyborowicz, Co-ordinator, European Institutions’ Affairs, CEEP.  After they explained to the audience who they represent, and gave some background as to the type of interest group they constitute, they then outlined the positions of both organisations in the current discussions and policies regarding the future formula and shape of the Energy Union.

Mr. Bogdan Janicki, Senior Adviser, CEEP, delivered the core presentation, commenting on the EU ETS reforms from the Central European point of view.  Many questions were raised regarding differences between the EU-17 and EU-11 Member States. At the heart of his presentation was the issue of counting CO2 emissions per capita, which gives the real state of play within European Climate policy, and a fairer understanding of ETS as such. He underlined that concept of CO2 storage by forests, should be adopted by the EU ETS new regulations.

Florie Gonsolin, Senior Policy Adviser, FuelsEurope, then explained the revision of the ETS directive, focusing special attention on the key implications for preventing carbon leakage. She explained the backstage process of counting emissions as a real benchmark position within the proposed legislation, with a special perspective on the refinery sector. In her presentation, she provided a vast amount of all the necessary data and figures. It was a chance to acquire some extraordinary knowledge, review ETS policy and its complicated formula, and receive an understating of the whole process.

There was plenty of discussion and both organising parties were able to open up a meaningful dialogue with the large audience, regarding a true understanding of ETS reform. All participants were informed that the meeting would be followed up with delivery to them of all provided materials, including transcripts of the presentations.