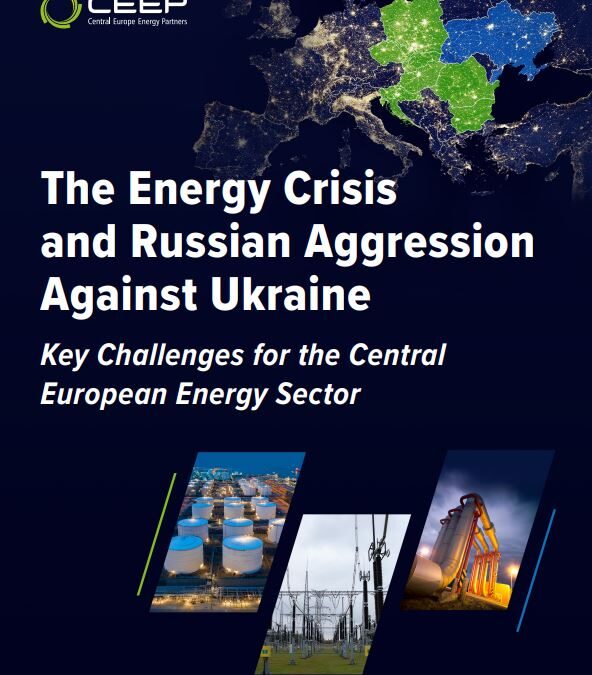 Since the Russian aggression against Ukraine began on 24 February this year, and due to Russia using energy as an instrument of war, the EU, including the CEE countries, is de facto in a state of economic warfare with Russia, and energy is one of its key areas. Russia’s aggression against Ukraine is also one of the major factors causing probably the most serious energy crisis in Europe since the Second World War, which will also substantially a‑ect the Central and South-East European economies. As both the war and the crisis are still ongoing, it is dicult to predict their exact depth and to map all the consequences for both the countries of the region and the EU as a whole. At the same time, it is already apparent that they are leading to profound changes in the raw materials and energy markets, provoking changes in the energy balances of individual countries, and finally transforming trade and infrastructure links. The upcoming winter, and also the next one, will be a serious challenge and stress test for each of the CEE and SEE countries. Despite the measures taken by all countries to prepare for and minimise the negative e‑ects of the crisis, they are vulnerable to further deterioration in the availability of natural resources, increases in energy prices, and other market disruptions. These vulnerabilities can be seen, for example, in the performance of regional economies, but also in the emergence of social protests and changes in the political scene. Consequently, EU support and action should strive to ensure solidarity and assistance to counteract the most serious e‑ects of the crisis and to level the playing field between countries coping with the energy challenge di‑erently. In addition, war conditions and the reality of a de facto war economy also require extraordinary measures. It seems necessary to accelerate the energy transition in the region in order to increase its self-suciency and resilience, but at the same time to calibrate it to the new challenges - the short-term urgency of security of supply and a‑ordability of energy - and the economic realities of the region’s states and societies.

This Policy Paper was prepared for CEDE Conference that took place 8th of December 2022.