Central and Eastern Europe needs to diversify the gas supply sources, not only the routes

Diversifying the gas supplies to Central and Eastern Europe, not only by its routes, but by the sources of supply will allow the creation of a real gas market, with free competition between suppliers and freedom of choice for customers. In the light of this, the [...]

END_OF_DOCUMENT_TOKEN_TO_BE_REPLACED 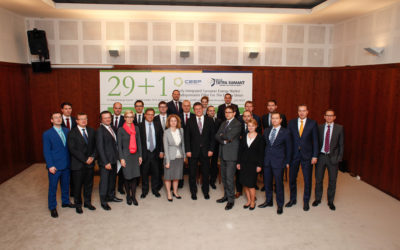 CEEP members are urging 100% free EUAs for energy-intensive industries, such as chemicals, fertilizers, refineries, and steel, until 2030, as well as a 100% derogation for power plants that use new technologies with a 43% energy efficiency (lignite) and 45% (coal). [...]

END_OF_DOCUMENT_TOKEN_TO_BE_REPLACED 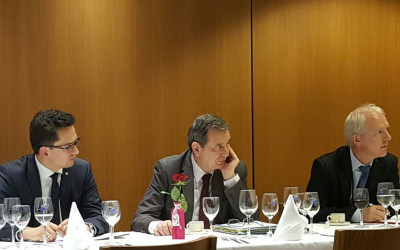 The European Commission is working on a revision of the EU emissions trading system for the period after 2020. Central Europe Energy Partners (CEEP) and Fertilizers Europe call for a better targeting on those sectors that are most exposed to carbon leakage risk, so [...]

END_OF_DOCUMENT_TOKEN_TO_BE_REPLACED

PRESS RELEASE: CEEP calls to the European Commission for reforms of the Emissions Trading Scheme (ETS)

The EU emissions trading scheme (ETS) puts thousands of jobs in the steel, chemical, fertilizer, and refining sectors at serious risk. Europe is losing its global competitiveness, when compared to other industrialised countries, as well as emerging powers. That is why [...]

END_OF_DOCUMENT_TOKEN_TO_BE_REPLACED

PRESS RELEASE: EU’s winter package is a chance to boost energy infrastructure and raise the level of LNG supplies in Europe

The European Commission presented, on Tuesday, a proposal of new regulations aiming to strengthen the EU’s energy security. Brussels wants to put more emphasis on the development of energy infrastructure, based on a policy that is co-ordinated at both the EU and [...]

END_OF_DOCUMENT_TOKEN_TO_BE_REPLACED 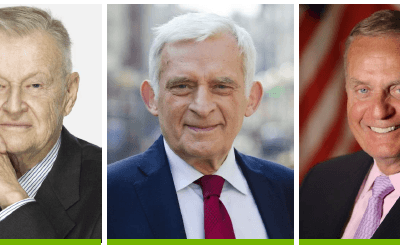 Zbigniew Brzezinski, Jerzy Buzek and James Jones are the honorary members of CEEP

Zbigniew Brzezinski, Jerzy Buzek and James Jones have become honorary members of Central Europe Energy Partners (CEEP). The organisation has, therefore, gained powerful allies in its campaign to enhance the energy security of the European Union. CEEP represents the [...]

END_OF_DOCUMENT_TOKEN_TO_BE_REPLACED

Environmental regulations in Europe, economic slowdown in China, and energy prices in the global markets. These were the main challenges faced by the European energy and energy-intensive industries in 2015, and none of them will disappear once 2016 arrives. That is [...]

END_OF_DOCUMENT_TOKEN_TO_BE_REPLACED

CEEP: The free movement of energy resources as the fifth fundamental freedom in Europe

In Europe, the two key words of the year were: “Energy Union”. According to Central Europe Energy Partners (CEEP), Europe has laid foundations for the legal and regulatory system, aimed at harmonising energy networks across borders. At the same time, significant [...]

END_OF_DOCUMENT_TOKEN_TO_BE_REPLACED 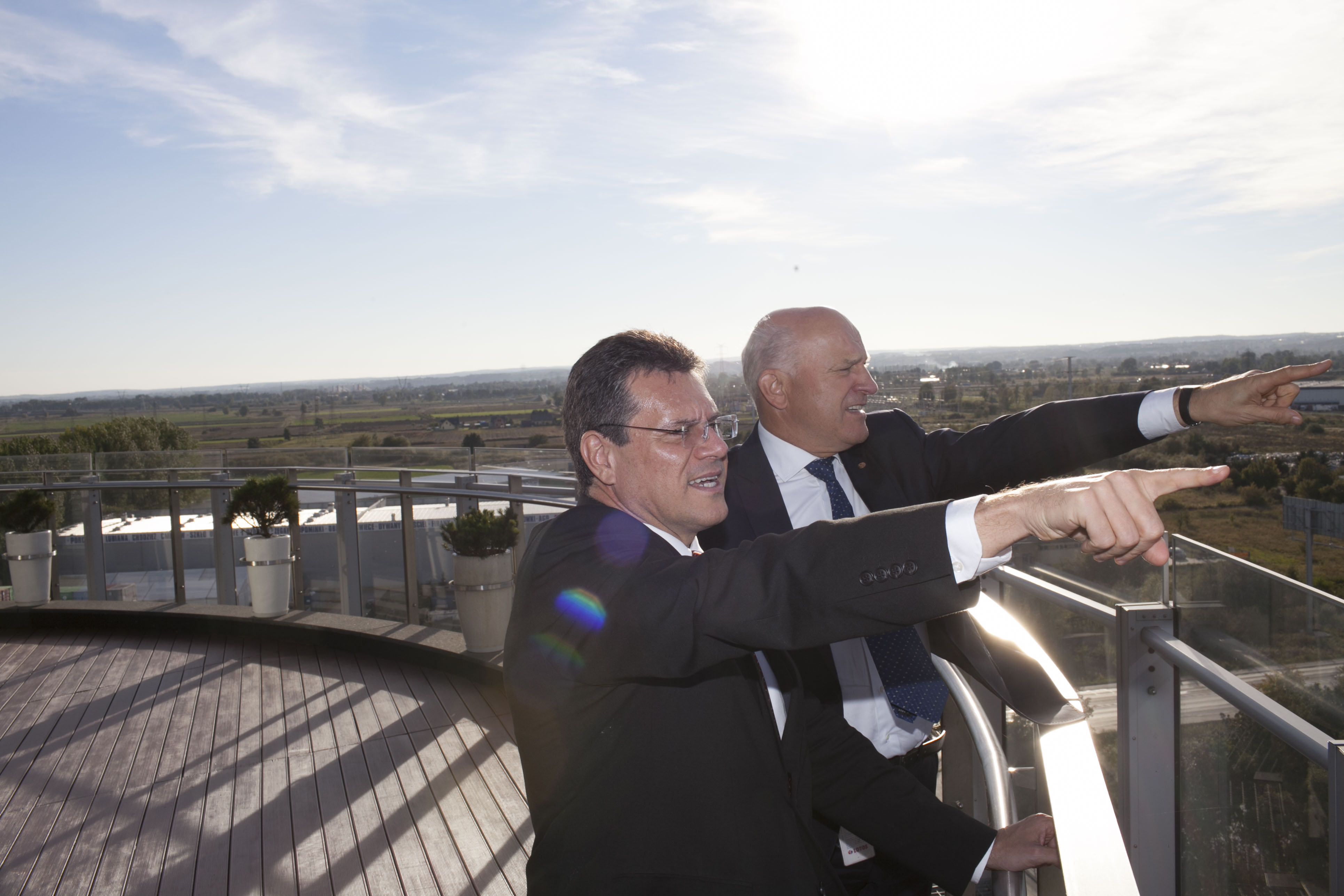 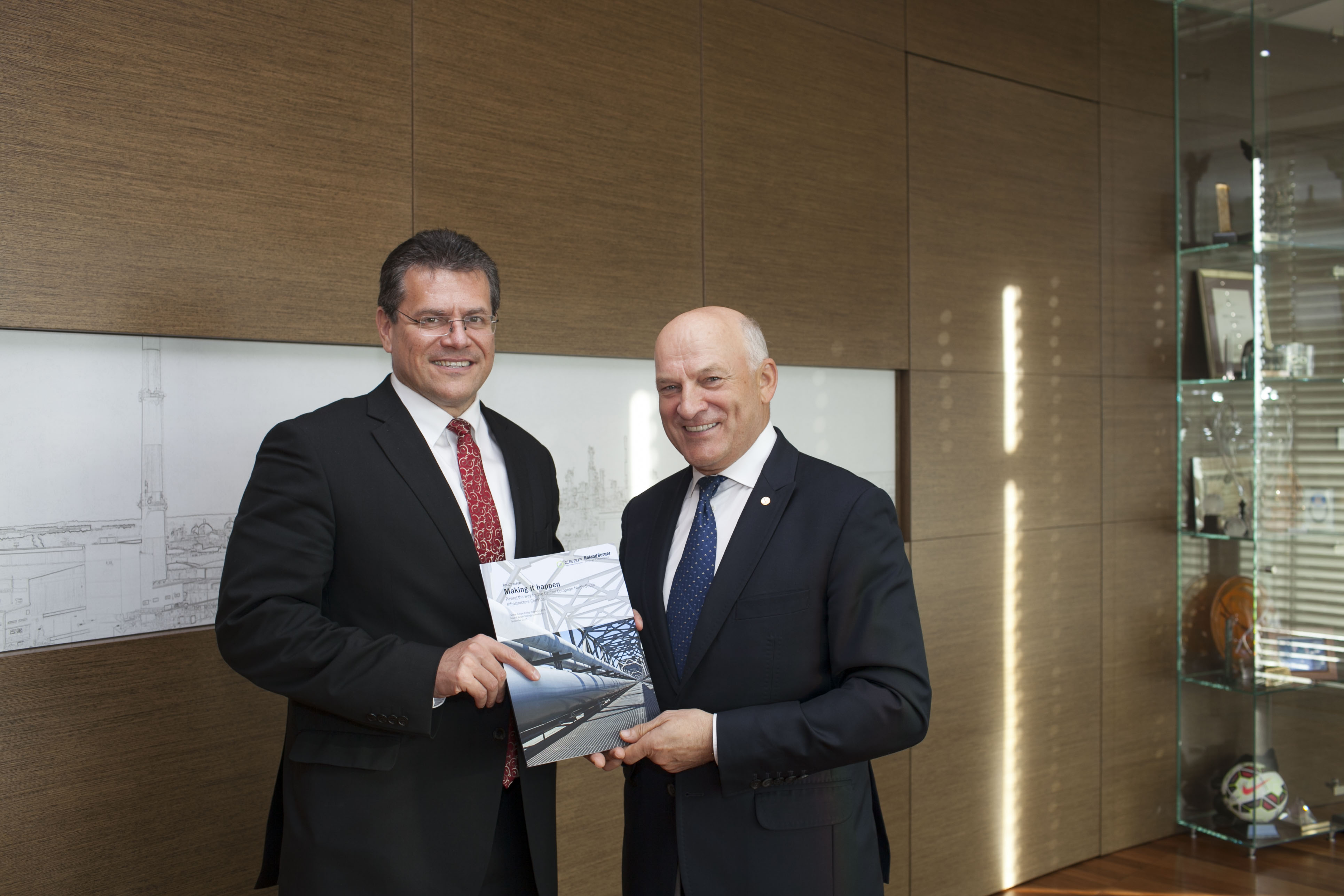 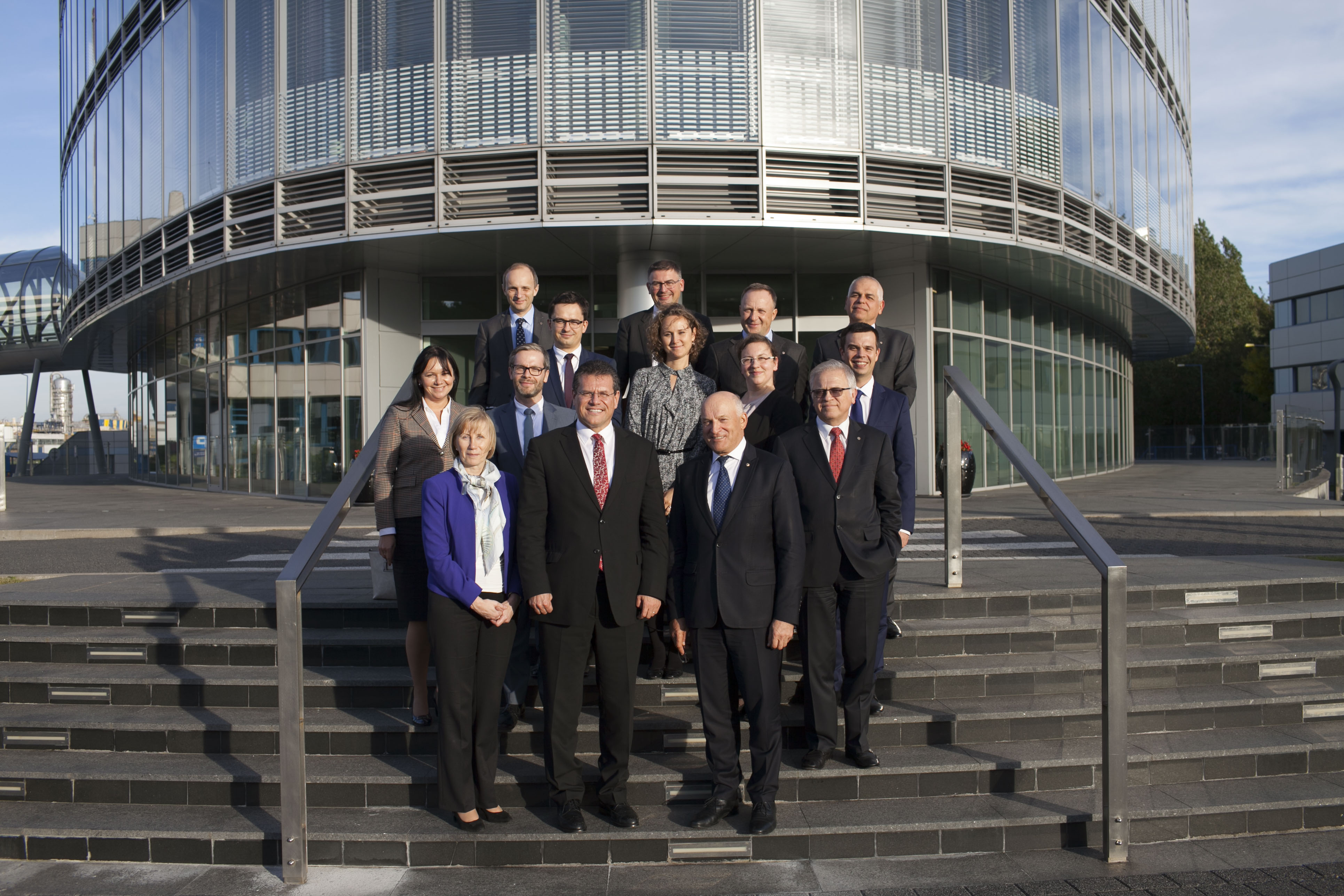 Improving competitiveness of the European refinery sector, paving the way for the North–South Corridor, and providing the continent with more gas supply options. These were the main topics of discussion between Maroš Šefčovič, Vice-President of the European Commission, in charge of Energy Union, and Paweł Olechnowicz, Chairman of the Board of Directors of Central Europe Energy Partners (CEEP). 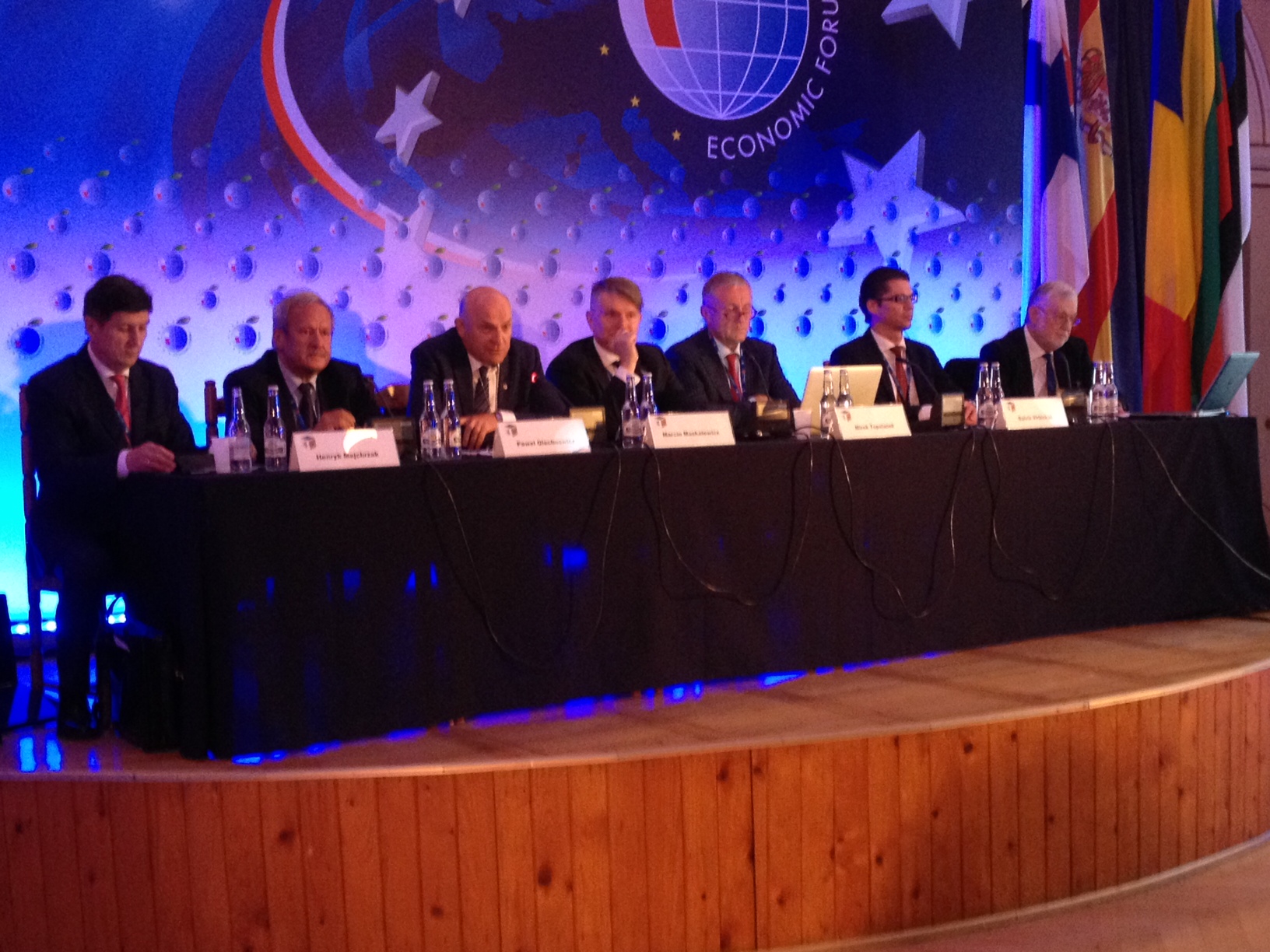 The North–South Corridor is the key enabler for completing the European integration process. The report by Roland Berger Strategy Consultants presents the enormous political, economic and social benefits that this energy infrastructure would bring to the whole continent. For this to happen, a “piece-by-piece” approach, with preferred access to funding and constant dialogue with national regulators, governments and the European Union institutions, is indispensable. 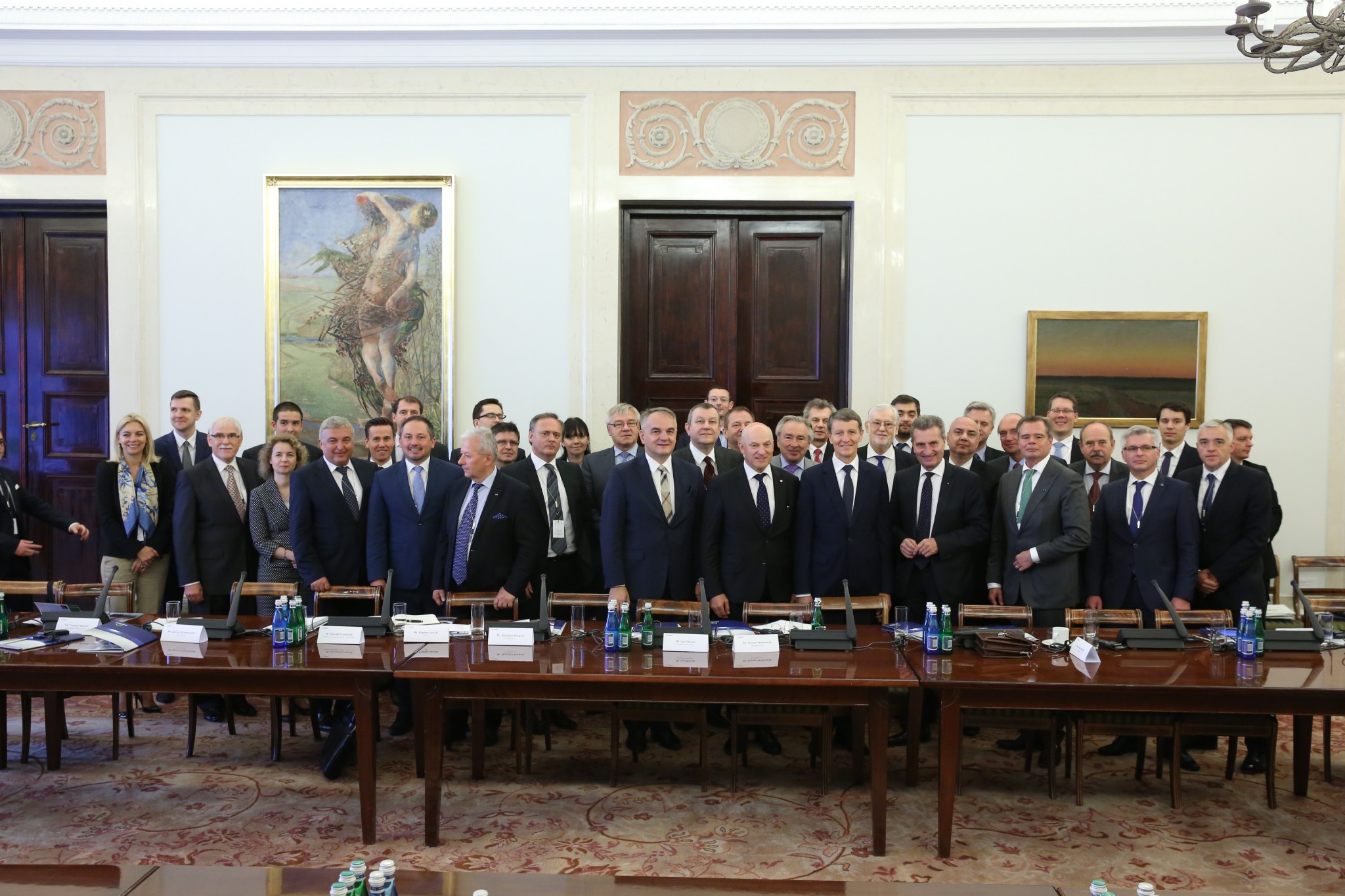 Warsaw Memorandum: CEEP members call for an Energy Union based on a digital economy

Technological innovation and the digitalisation of industry are indispensable driving forces behind a successful Energy Union in Europe. Key to this objective is the infrastructure of a North–South Corridor between the Baltic, Adriatic and Black Seas. Its realisation requires the establishment of a platform that would bring together all relevant players and develop proper financial and regulatory solutions. These are main findings of the ‘29+1’ Annual Energy Summit, organised by Central Europe Energy Partners (CEEP), which took place on June 15–16, 2015, in Warsaw. More>> 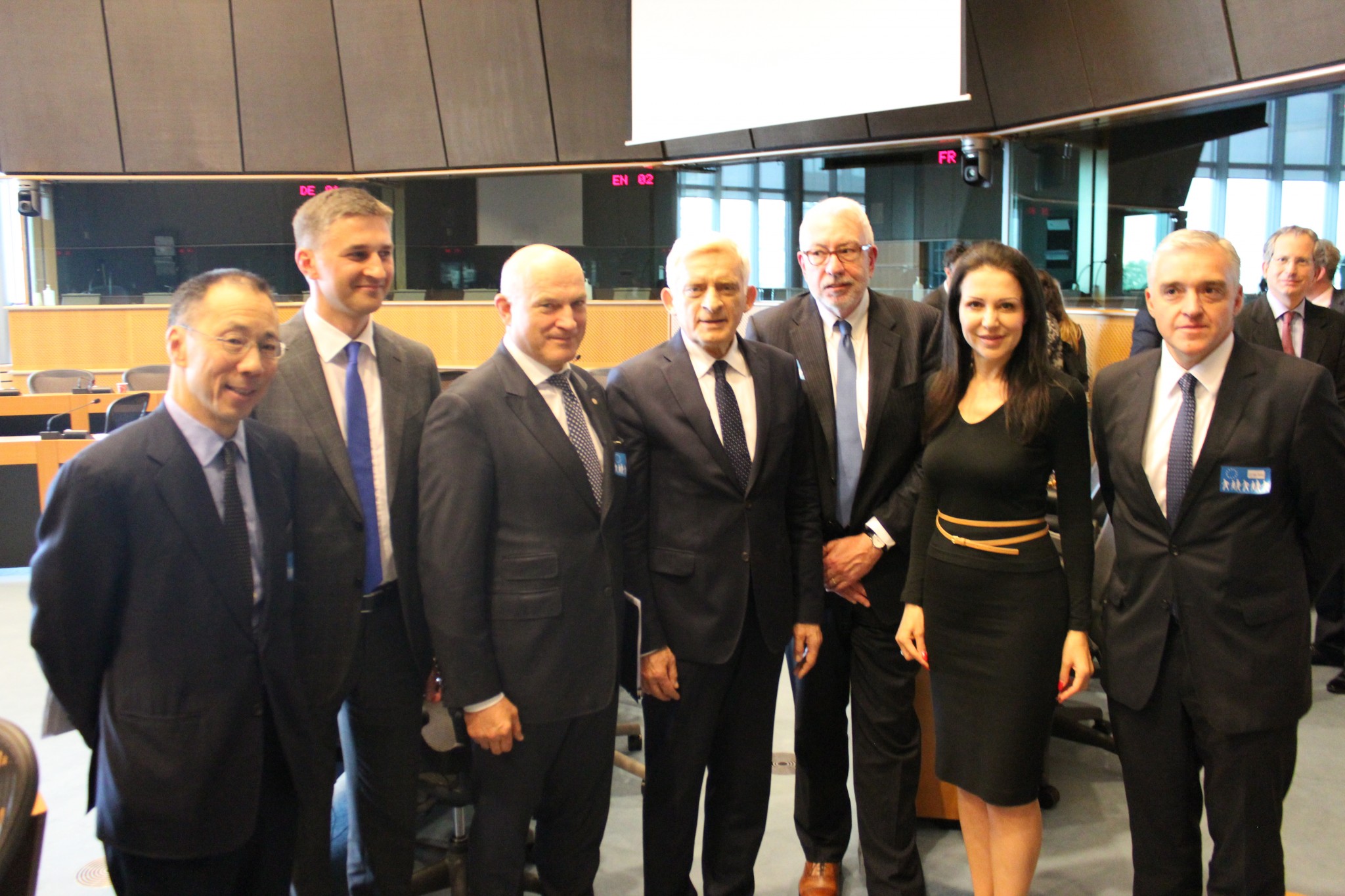 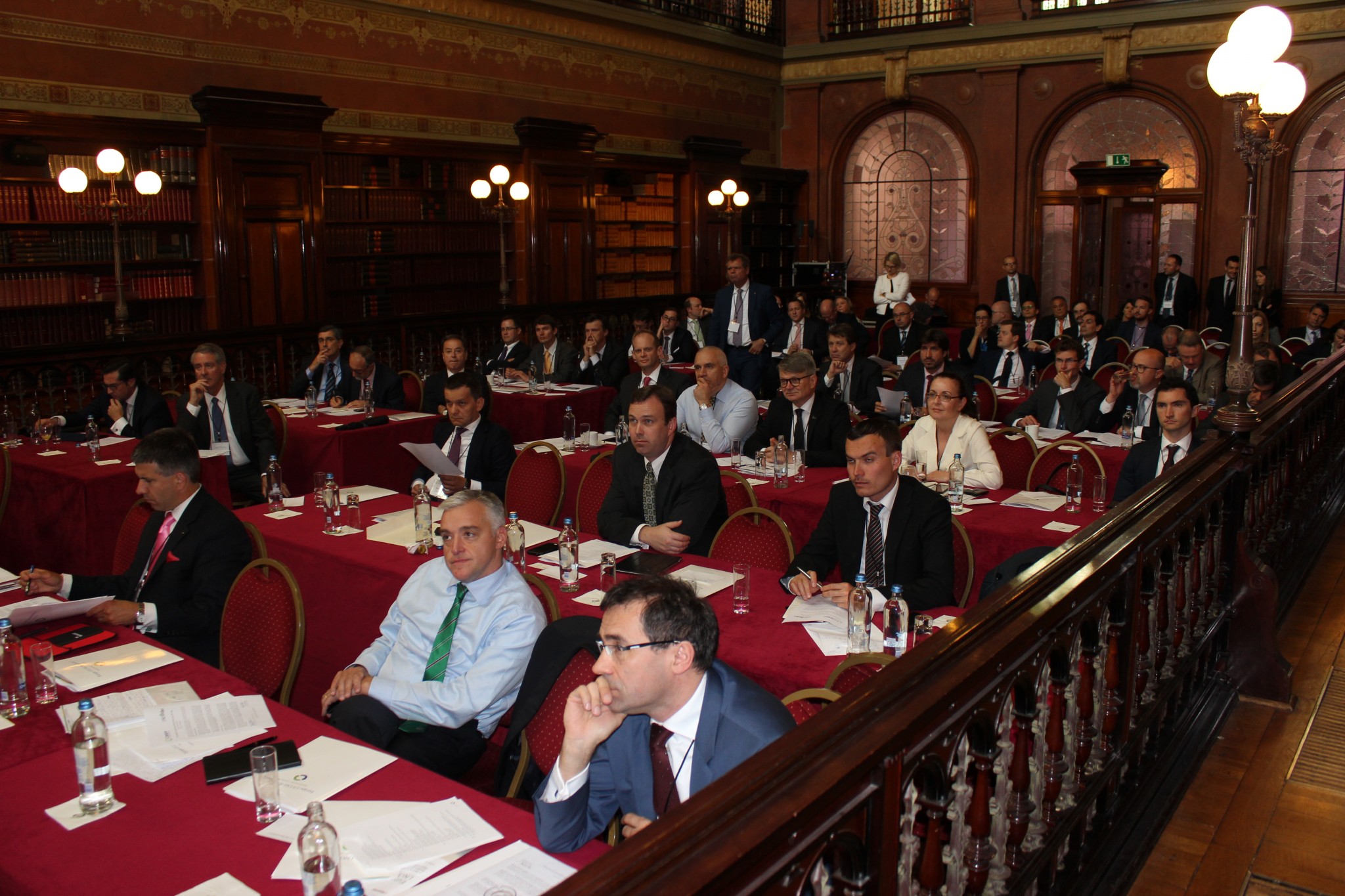 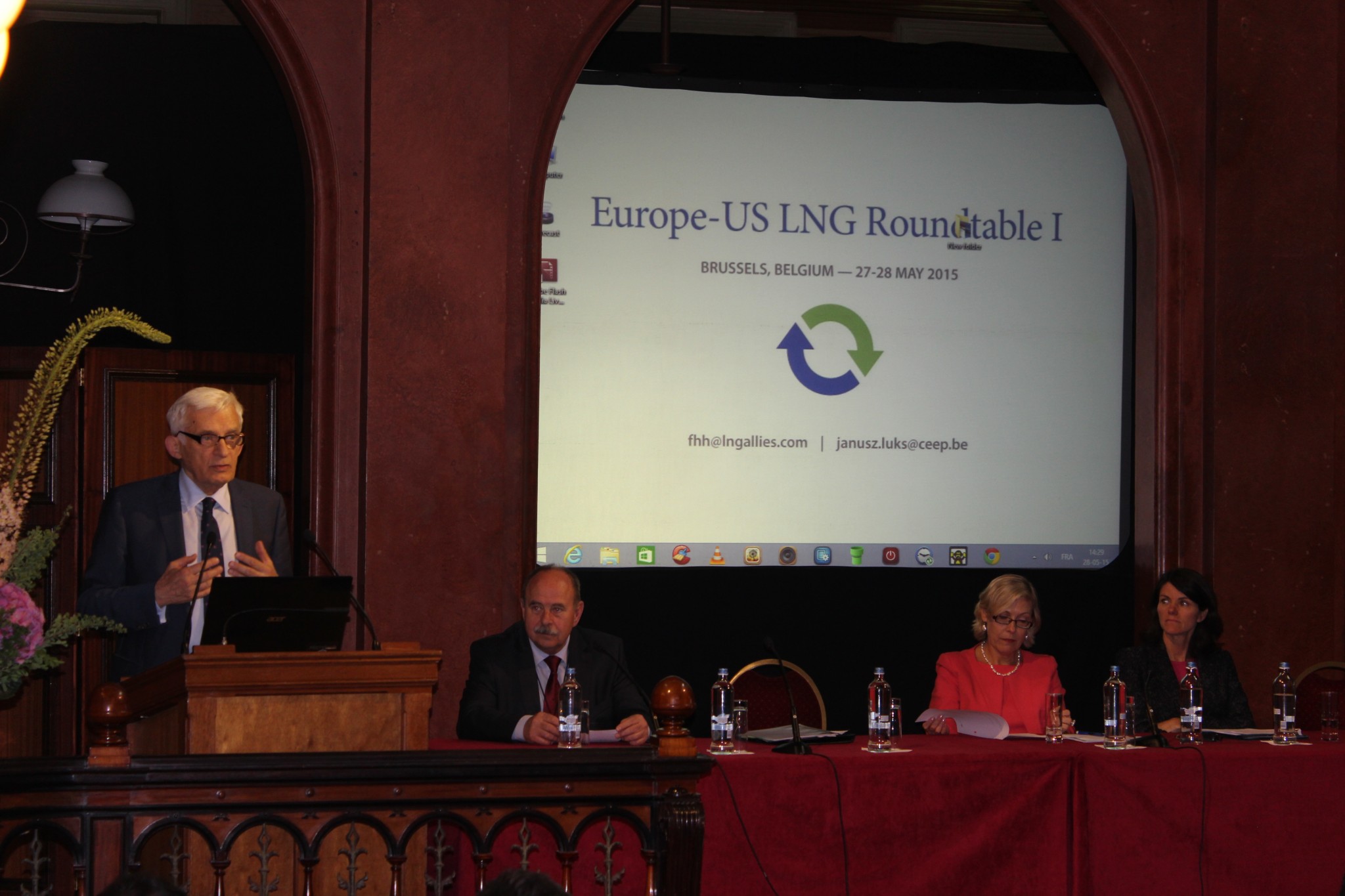 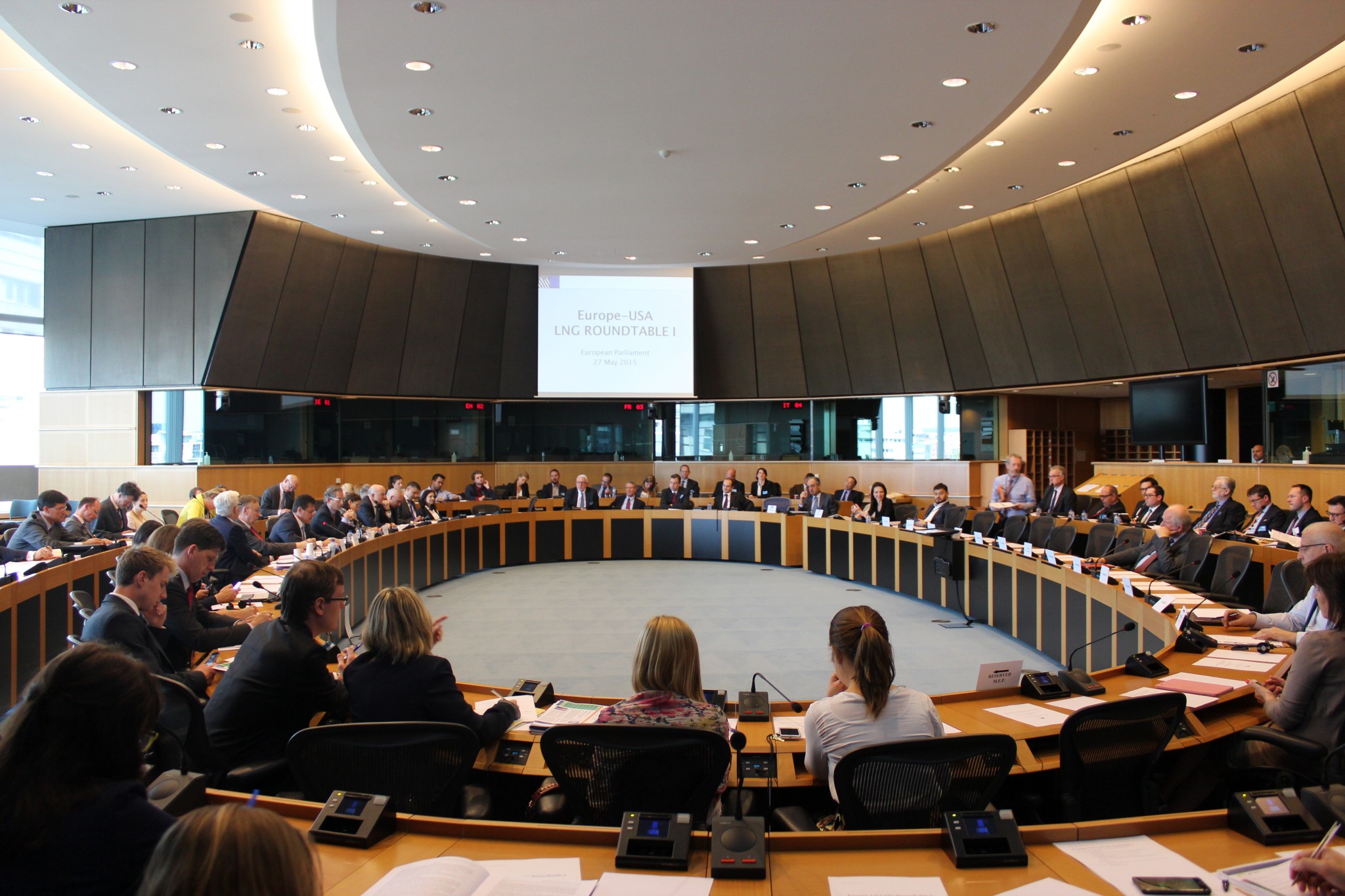 While Europe is aiming to hedge itself against potential undersupplies of natural gas, the United States can already produce more of this resource than it needs domestically. Both sides could greatly benefit from facilitating the transatlantic LNG trade. This is one of the main conclusions of the first Europe–US LNG Roundtable, which took place on May 27–28 in Brussels.

The US has moved from a position of energy scarcity to one of energy abundance. This made the debate at the Europe–US LNG Roundtable timely and important, not least because of the ongoing negotiations of the TTIP agreement. It is believed that the transatlantic trade agreement may work as a stimulus towards lifting the export ban on the US crude oil and natural gas. More >> 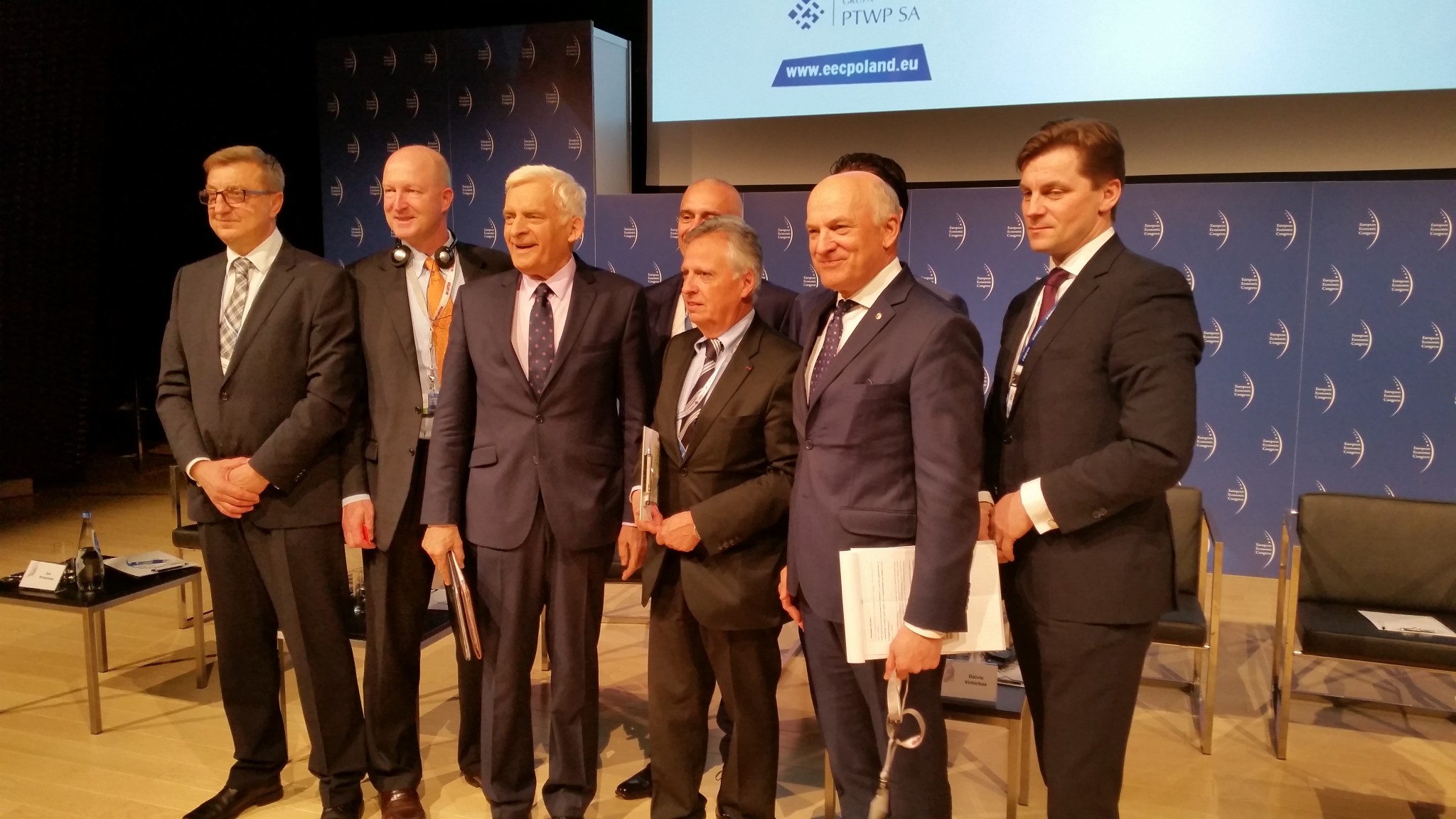 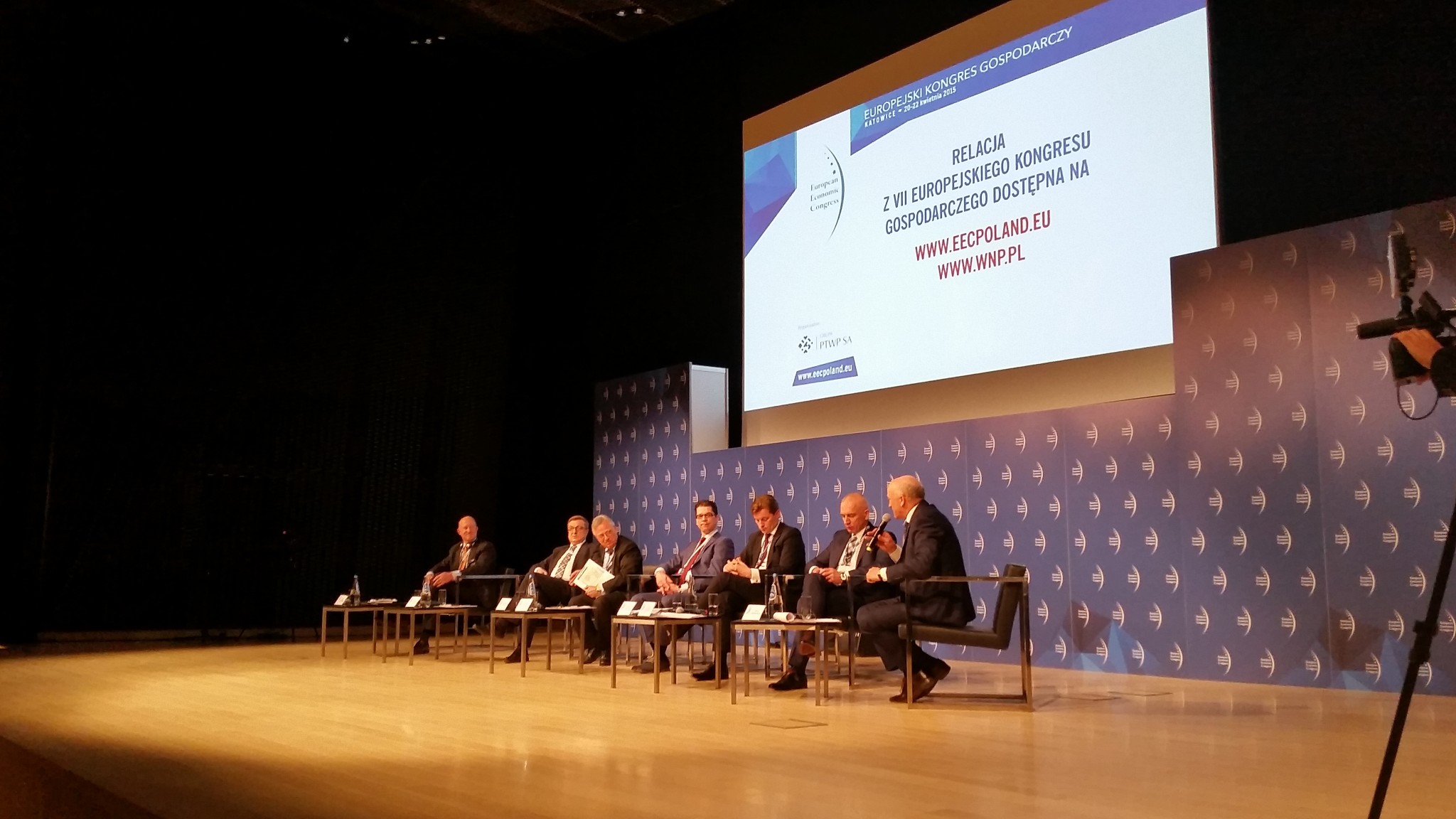 A fundamental transformation of Europe’s energy sector is needed in order to provide EU Member States with secure and affordable energy. This is the main conclusion of the ‘Completing Europe – from the North–South Corridor to the energy, transportation and telecommunications union’ debate that took place on April the 21st in Katowice (Poland). 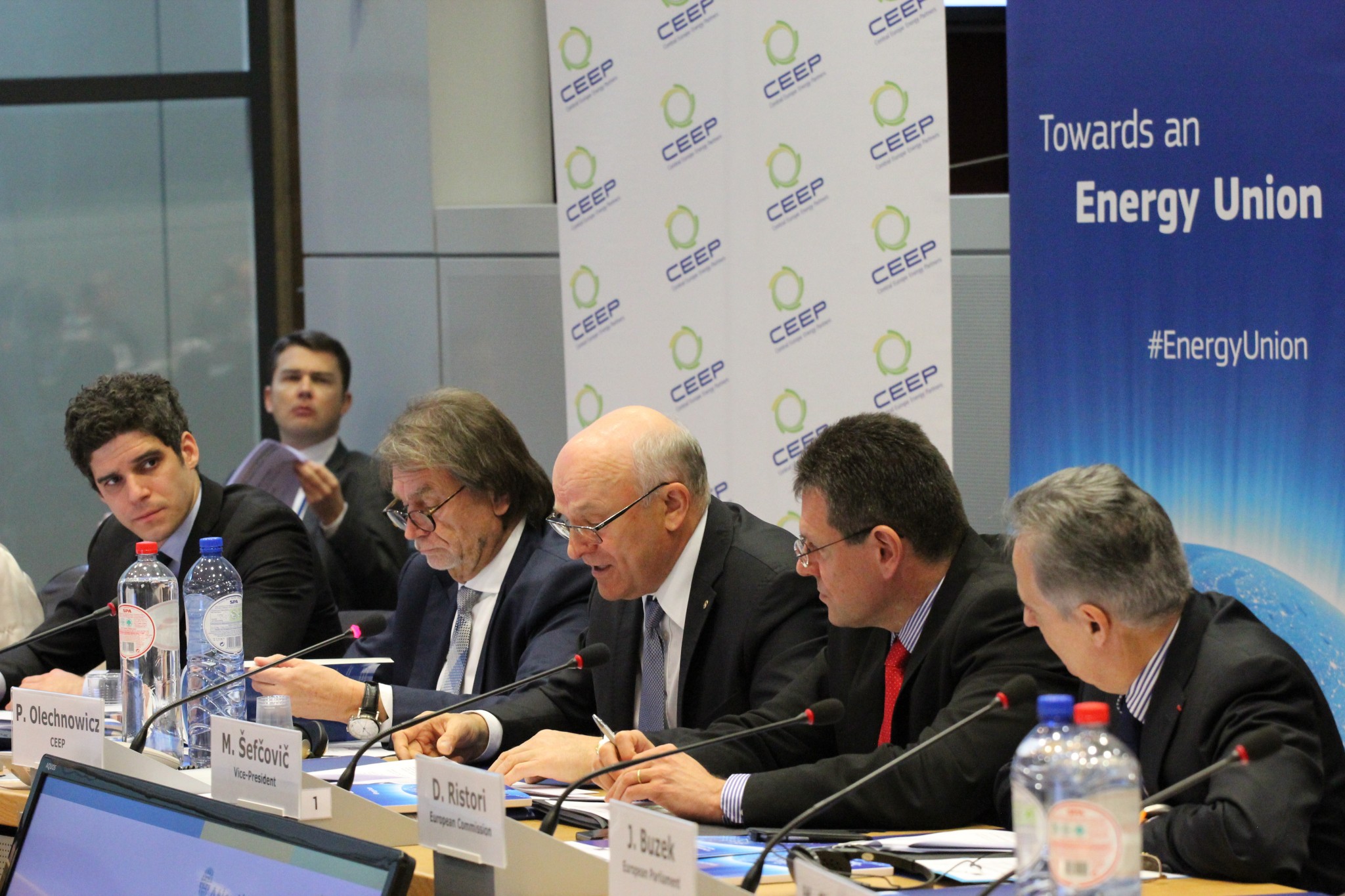 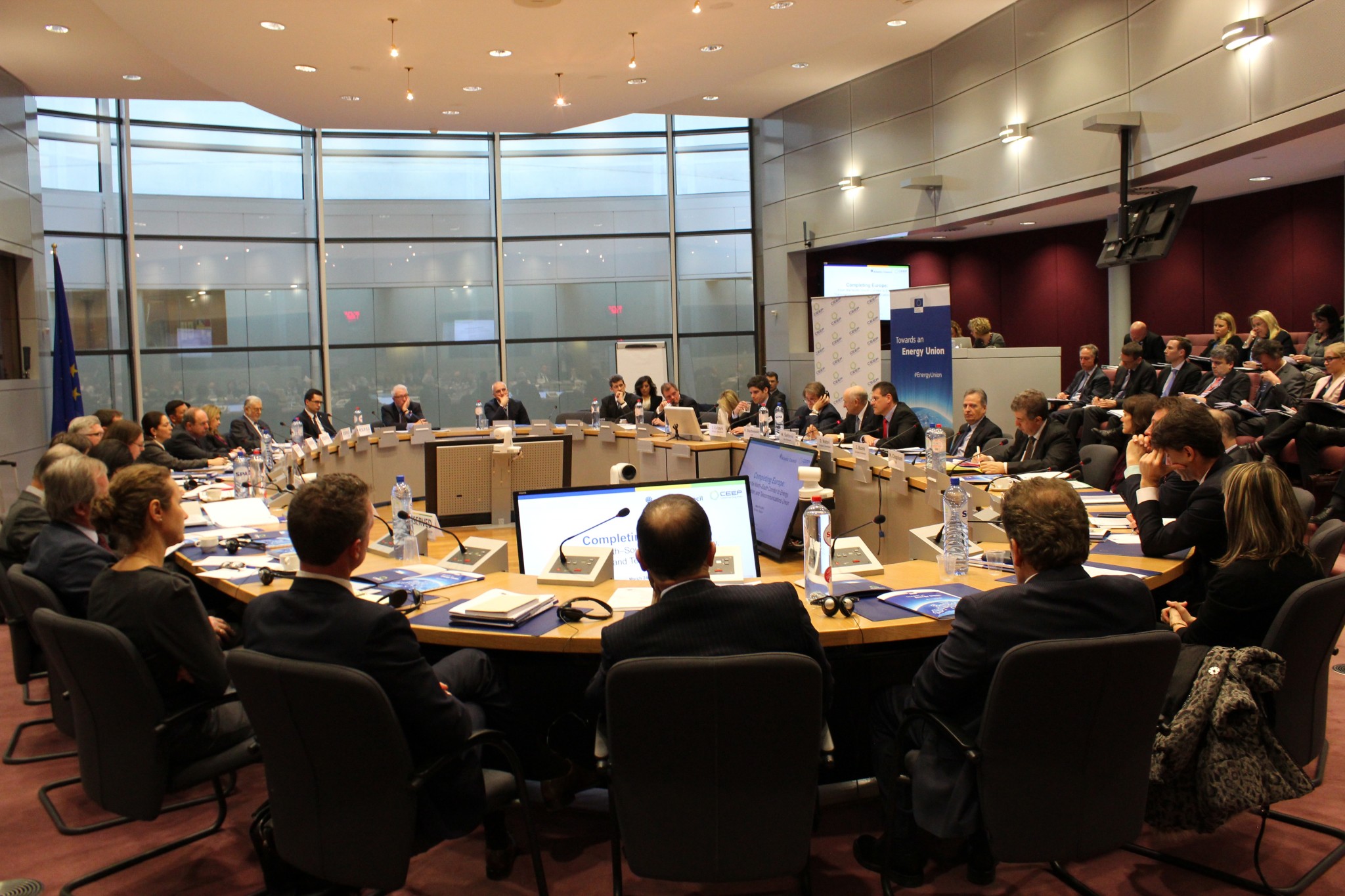 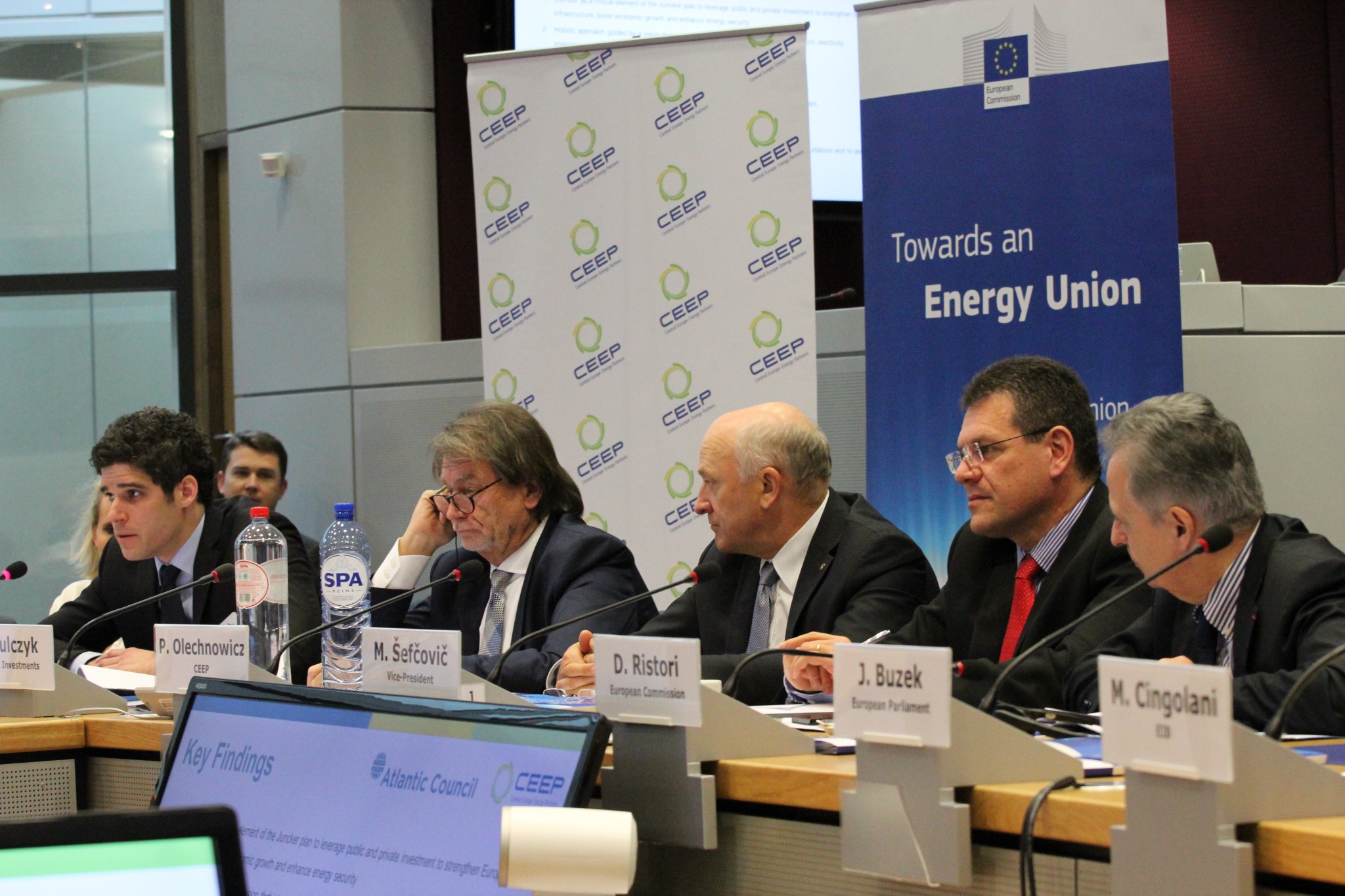 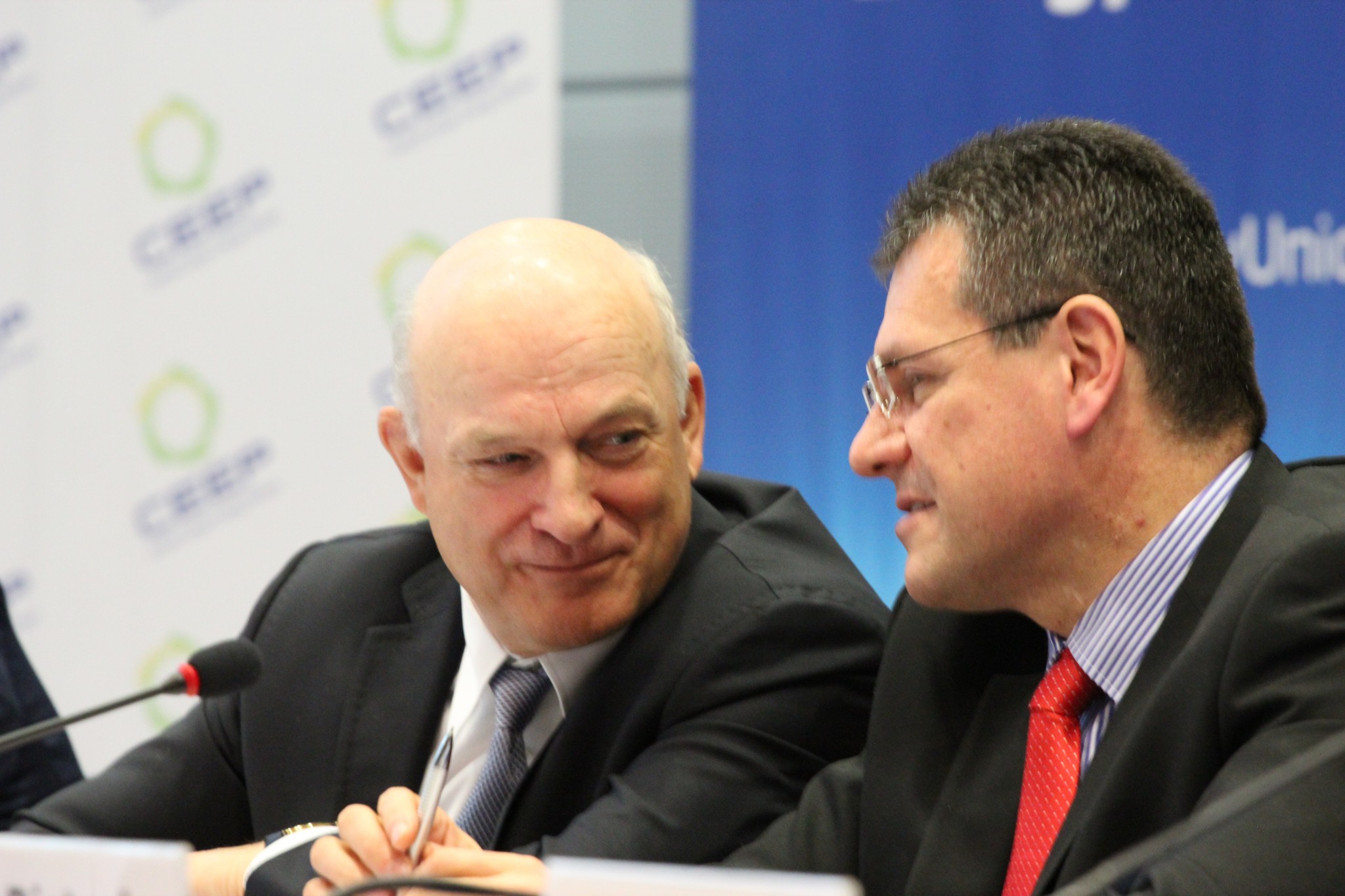 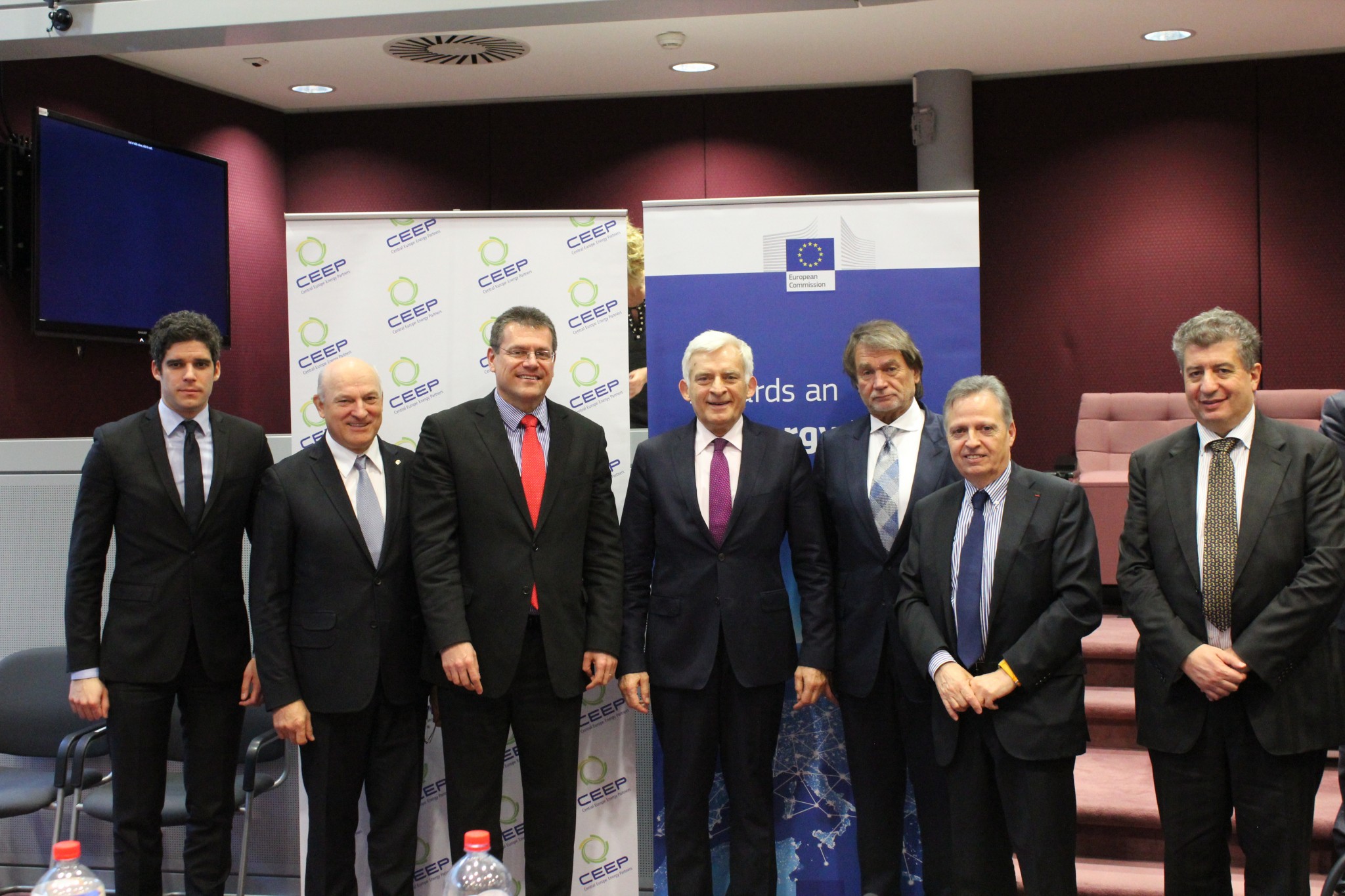 The EU’s political steps to reduce its energy dependence need to be accompanied by investments in the energy infrastructure. A good starting point in this process may be the construction of the North–South Corridor of energy, transportation and telecom-munications, as promoted in a report presented by Central Europe Energy Partners (CEEP) and the Atlantic Council. European institutions have declared their interest in integrating proposals from the report into future European legislation and policy. On March the 24th, a high-level con-ference took place in Brussels to discuss these issues. More >>

CEEP in the press 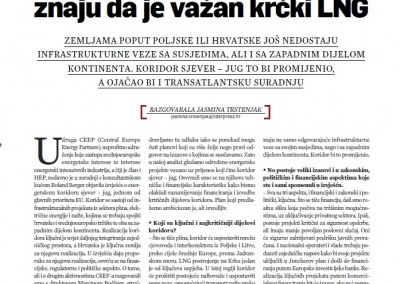 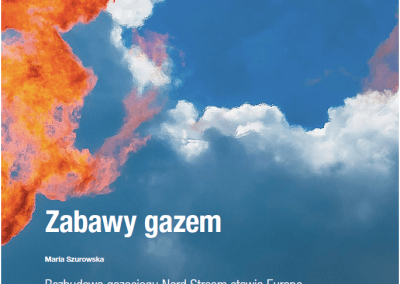 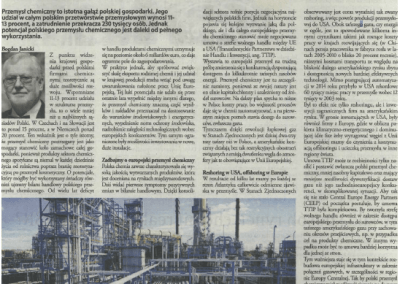 Gazeta Finansowa: What strategy for the chemical industry? 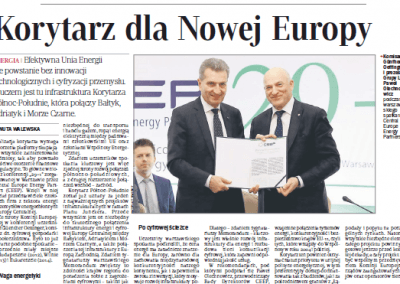 Rzeczpospolita: The Corridor for a New Europe (PL) 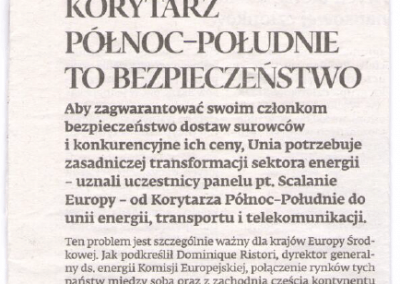 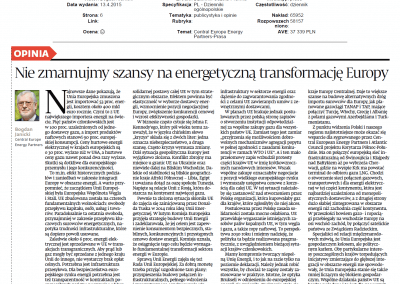 Let’s not waste the chance for Europe’s energy transformation 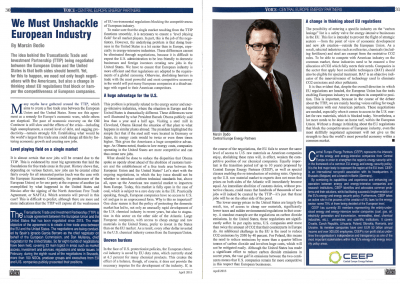 We must unshackle European industry 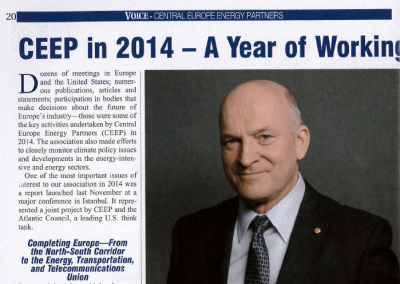 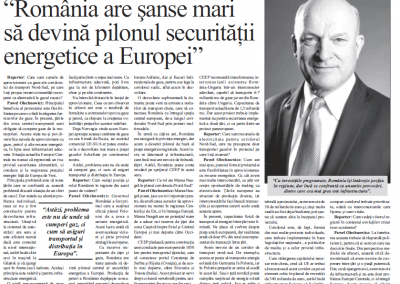 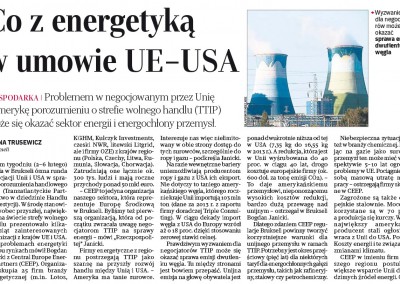 What about the energy sector in the US–EU partnership?