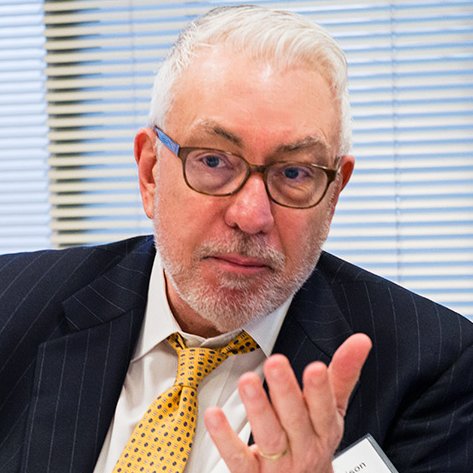 Ambassadors from Croatia, the Czech Republic, Latvia, and Lithuania, as well as the Deputy Chief of Mission from the Polish Embassy, recently explained why their nations continue to be supportive of measures that would expedite U. S. LNG exports. Fred H. Hutchison, Executive Director, LNG Allies, gathered their statements, for the benefit of the CEEP Report.

Ambassador Petr Gandalovič, the Czech Republic: The United States has just taken an important step with regard to energy markets. On the 18th of December, the U.S. crude oil export ban was lifted, which should help improve global markets over the long-term. The same applies to LNG. We welcome new, independent sources on the market —especially those not governed by political, but rather business priorities.

The Czech Republic has experienced many situations, where we realised that it was not only important to diversify pipelines and routes of distribution, but also sources themselves. This applies to the situation of LNG from the United States.

“We fully support the bill that is currently in the Senate, and that’s not a new position for us. I would remind you that the V-4 [Visegrád-4] countries sent a letter to the congressional leadership, two years ago, supporting the first attempts to liberalise U.S. LNG exports. So, this is our consistent policy, and I am happy to confirm that this policy priority continues”.

Ambassador Andris Razāns, Latvia: Latvia is one of those countries in the Baltic region, that until now, has been fully dependent upon Russian gas. Of course, things are changing, and this is an extremely important year for my country. We are very close to creating very clear conditions on the ground for the liberalisation of our gas market. Hopefully, that should be accomplished by the end of this year.

Already, our Parliament is considering important amendments in our energy law. Those amendments will be posted very soon, and at that moment, the legal basis for the gas companies operating in Latvia, will not differ from anywhere in the European Union. So, Latvia, will depart from the period of time, when we had a special derogation agreed with the EU, which gave the right for a single monopolist to operate in Latvia. In effect, we will be opening access to our gas storage and transmission infrastructure for third parties — for any company that would like to come forward and work in Latvia.

We will separate the ownership rights between companies that sell gas, and companies that are in the business of transmission and storage. We will, therefore, be fully compliant with all EU laws, at the beginning of next year. This will create a very critical moment for my country, providing new opportunities, and opening the way for a fully functioning and transparent gas market throughout the Baltic region, as long as all missing infrastructure within the region is built.

“By around 2020, the region should have a very different shape, when it comes to a fully functioning gas market, which will create great opportunities, not only for Baltic businesses, but also for American companies, that would like to be more active in Europe. Latvia stands ready to do everything necessary to facilitate such market conditions”.

Ambassador Joško Paro, Croatia: Croatia has a new government that is facing the LNG import issue squarely. It has made accelerated construction of the LNG terminal on Krk Island, its top priority. I hope that, after many years of delays, we will soon be on our way to get this project working. That is one element in our thinking.

The other element is that the new government also has a very clear picture about the strategic necessity of connecting the Baltic and Adriatic regions, in both infrastructure and political terms. In the last six months, our President has worked hard to bring together all of the countries along that Baltic-Adriatic axis.

She has been in Warsaw, for example, where she met very keen Polish partners. Moving on, the intention is to have a meeting in June of the political leaders along the axis. This is a very important development that complements the European Union’s LNG strategy. These are very timely initiatives, especially when we observe recent developments in the relationship between Russia and Turkey, and when we consider the potential for diversifying the energy supply of South-eastern Europe.

“I also believe that there is a need to accelerate — or to make it easier — for U.S. LNG companies to export to the non-FTA [Free Trade Agreement] countries. Furthermore, I believe that countries on the Baltic-Adriatic axis should continue working together in that regard”

Ambassador Rolandas Kriščiūnas, Lithuania: There have been, for many decades, no links between the region and the rest of the EU, not just in gas, but in electricity as well. Now, we have two electric transmission lines built, one under the Baltic Sea connecting us with Sweden — the so-called Nord-Balt Link — and the other connecting Lithuania with Poland and the rest of Europe, the so-called Lit-Pol link. So, we are now connected to these two markets.

When our LNG import terminal began functioning in Lithuania, at the beginning of 2015, it really became a great new story for us. Currently, we are working to develop the gas market, and to buy gas at the best possible available terms for us. Of course, the LNG terminal is not just for Lithuania. It helps all of the Baltic nations to get an alternative supply of gas.

“To connect this to the United States, Lithuania is always supportive of any initiative to bring U.S. gas to our market, as quickly as possible, taking into account the very practical obstacles that stand in the way. We will always be in favour of any measure that helps U.S. gas reach international markets, because the United States is a very reliable partner. We are looking forward to the fact that U.S. gas will — one day soon — reach the shores of the Baltic countries, and it will go, we hope, through the LNG terminal built in Klaipėda, the seaport of Lithuania”.

DCM Maciej Pisarski, Poland: There have been some positive developments with regard to strengthening the energy security of our region, and the ambassadors have pointed to some very specific projects. Of course, actions taken by the European Union, with regard to the energy union and other regulations, have also been very good. We have, however, also seen some actions in the reverse direction, and here, I would like to highlight the Nord Stream pipeline, which is designed to by-pass the land route, to bypass Ukraine, Poland, and other countries in the region, en route to Germany. Frankly, in our opinion, if this project is completed, we will only deepen the dependency of Europe on Russian gas, not weaken it. You can see there is still a struggle, still a debate about how to shape the European energy market, and we are on the side of those who advocate for greater security and lesser dependency.

As you know, we have a new LNG terminal in Poland, and this is the main element in our strategy to gain more energy independence. The terminal is located on the Baltic seashore, at Świnoujście. It has the capacity to regasify five billion cubic meters, with an expansion to 7.5 bcm, in the second phase of development. Last December, the first tanker docked at the terminal, and so, it is in the process of starting operations. We expect that normal operations will commence in the second quarter of this year. Of course, this will give us an opportunity to gather alternative sources of energy, and strengthen our security.

Not only Poland’s security will be enhanced, though. If you look at the map and the interconnection projects that are being developed, you will see that we have one already linking us with the Czech Republic, and one with Ukraine — a small one, but it will expand. We will also develop a new interconnection with Slovakia, and one with Lithuania. If you analyse these projects, you can see that they will create a much bigger market than just Poland, for any LNG being shipped to us. It’s a very good situation, because it will give us additional alternatives, and the potential for Poland to become a hub for a possibly bigger market.

“However, we have this problem of a [U.S.] legal condition that requires somebody to get a permit to ship the gas. That really restrains the potential of the market. By facilitating, liberalising, or lifting those restrictions, we can really tap into the existing and coming potential”.