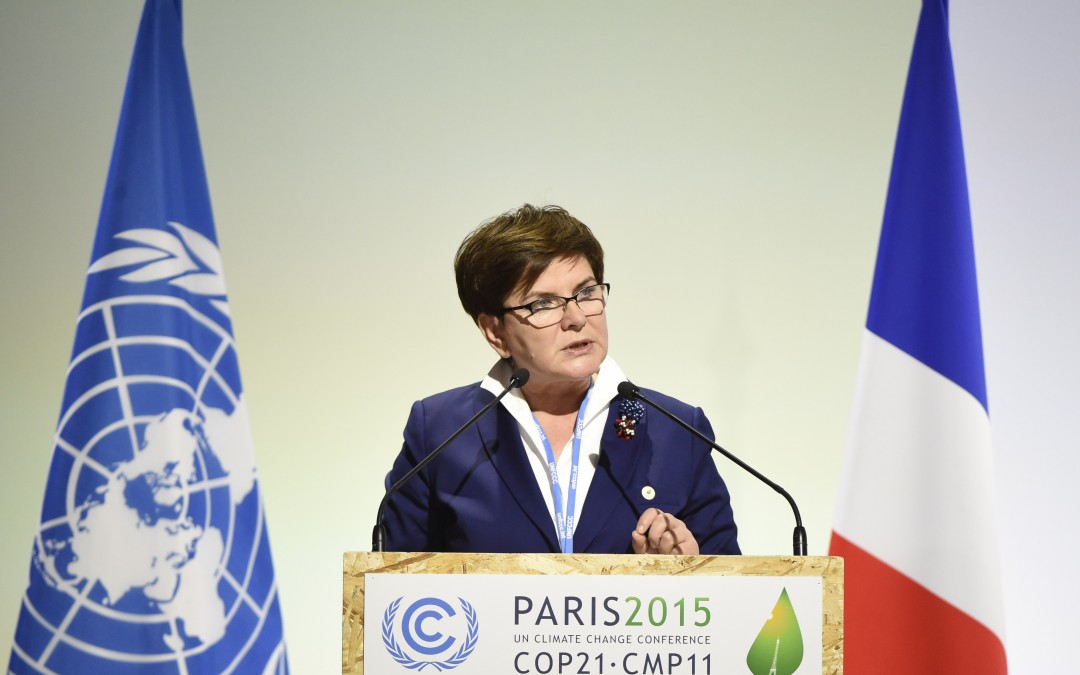 The COP-21 climate summit in Paris resulted in an important and fair compromise. All references to decarbonisation were removed from the landmark deal. Instead, a clause on protecting forests was included. This powerful contribution from the Polish delegation proves that climate and economic goals may be achieved, if based on a reasonable balance between carbon output and emission absorption.

Central European states delegations made considerable and widely appreciated impact on COP-21 proceedings. That refers particularly to Poland - the region’s largest player. Prime Minister Beata Szydło and Jan Szyszko Minister for Environment arrived in Paris well-armed with facts and figures and willing to defend its energy sector and energy-intensive industry. The two strategic aims were clearly defined. The first one was to reach a truly global, rather than regional agreement. It was obvious that failure to work out a universal compromise would be dangerous for the European Union. Although EU member states are responsible for only 11% of worldwide greenhouse gas emissions, they take the lead in their reduction. It is a heavy burden which results in the competitiveness of the European economy continuously falling.

[Tweet "It is the transparency of data that Central Europe Energy Partners has been calling for ahead of COP-21"]The other goal was to make sure that, general as the final agreement should be, it would allow each nation to protect its specific interests. This was not a question of a symbolic gesture, but a factor that may have a fundamental meaning for defining individual environmental burdens and policies in the forthcoming years. This is especially important, as in the past decade, the global debate was focused not so much on the combat against greenhouse gas emissions, but on eliminating coal from the international environment. As coal fired power stations supply the bulk of Central Europe’s electricity and provide the region with strategic energy security, they had to be defended as one of area vital interests.

As a result, the Paris agreement provides each state-signatory with the option to pursue its own path towards meeting the set goals. The agreement stipulates that every five years all countries will resubmit their plans. They will be analysed and assessed, based on a more transparent and comprehensive system. It is the transparency of data that Central Europe Energy Partners has been calling for ahead of COP-21. Strongly backed by our Central European governments partners, this goal was achieved.

In particular, countries that now produce the bulk of the world emissions – such as the United States, Russia, or China – will be part of that system. The data prove the dramatic gap between the EU, which emits around 7.5 tonnes of CO2 per capita, and other countries, such as the US, where emissions are double that figure. According to the Paris agreement, all countries must participate in the effort to reduce emissions. Yet, they are free to choose their individual ways and solutions suitable to them. This applies also for Central Europe, which faces a number of specific challenges in the energy sector and energy-intensive industry. We may, therefore, see the deal as an umbrella, under which various visions of reaching the same goals find their proper place.

One of these visions is balancing CO2 emissions by planting new forests and halting the deforestation process. It was a widely discussed proposal, successfully promoted by the Polish government and its allies. This idea fits into the climate neutrality philosophy, whose aim is to ensure a balance between CO2 emissions and their natural absorption. This would allow for both the development of industry and ensuring that the world becomes a greener place. This concept was written in the official document which concludes the Paris summit. It proves that the European emissions trading system cannot be treated as the only way to tackle the results of industrial emissions. The climate summit agreement provides, therefore, a welcome opportunity to discuss and review the current concept of the ETS and especially MSR, on the EU’s internal forum.

The deal that was reached may not be perfect, but it is definitely the best we could hope for in the current geopolitical and macroeconomic circumstances. Apart from regulatory measures, raising global awareness about the impact of greenhouse gas emission on climate change should, undoubtedly be considered as the summit’s most positive and far reaching effect. We certainly need time to properly evaluate the real value of the Paris agreement. The next climate conference, scheduled for 2023, will surely serve as a good opportunity to appraise the progress made towards the set goals. On the one hand, it is a distant date, but on the other – taking into consideration the perspective of average investment process in the energy sector, energy-intensive industries, and the whole economy – we should do our best to use the time left to us most efficiently.

Paweł Olechnowicz, Chairman of the Board of Directors, CEEP