Interviews with the EU Commissioner for Regional Policy and the President of the European Committee of the Regions. Energy 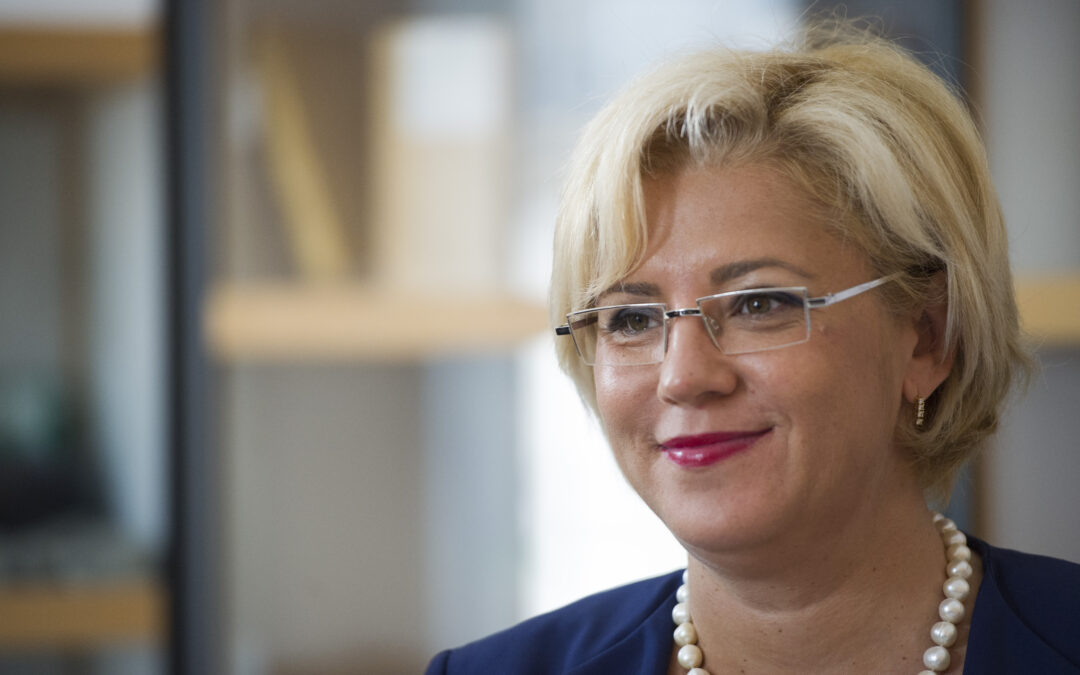 One of this year’s focal points of the OPEN DAYS – European Week of Regions and Cities event in Brussels, is “Modernising Europe: the regions in the Energy Union and the single digital market”. Within this context, we interviewed the EU’s Commissioner for Regional Policy, Corina Crețu and the President of the European Committee of the Regions (CoR), Markku Markkula, about their visions of the Energy Union project and their involvement. The OPEN DAYS, created in 2003, is an annual four-day event occurring in October, during which cities and regions showcase their capacity to create growth and jobs.

Corina Crețu: “Cohesion Policy will play a strong role in delivering the Energy Union on the ground” 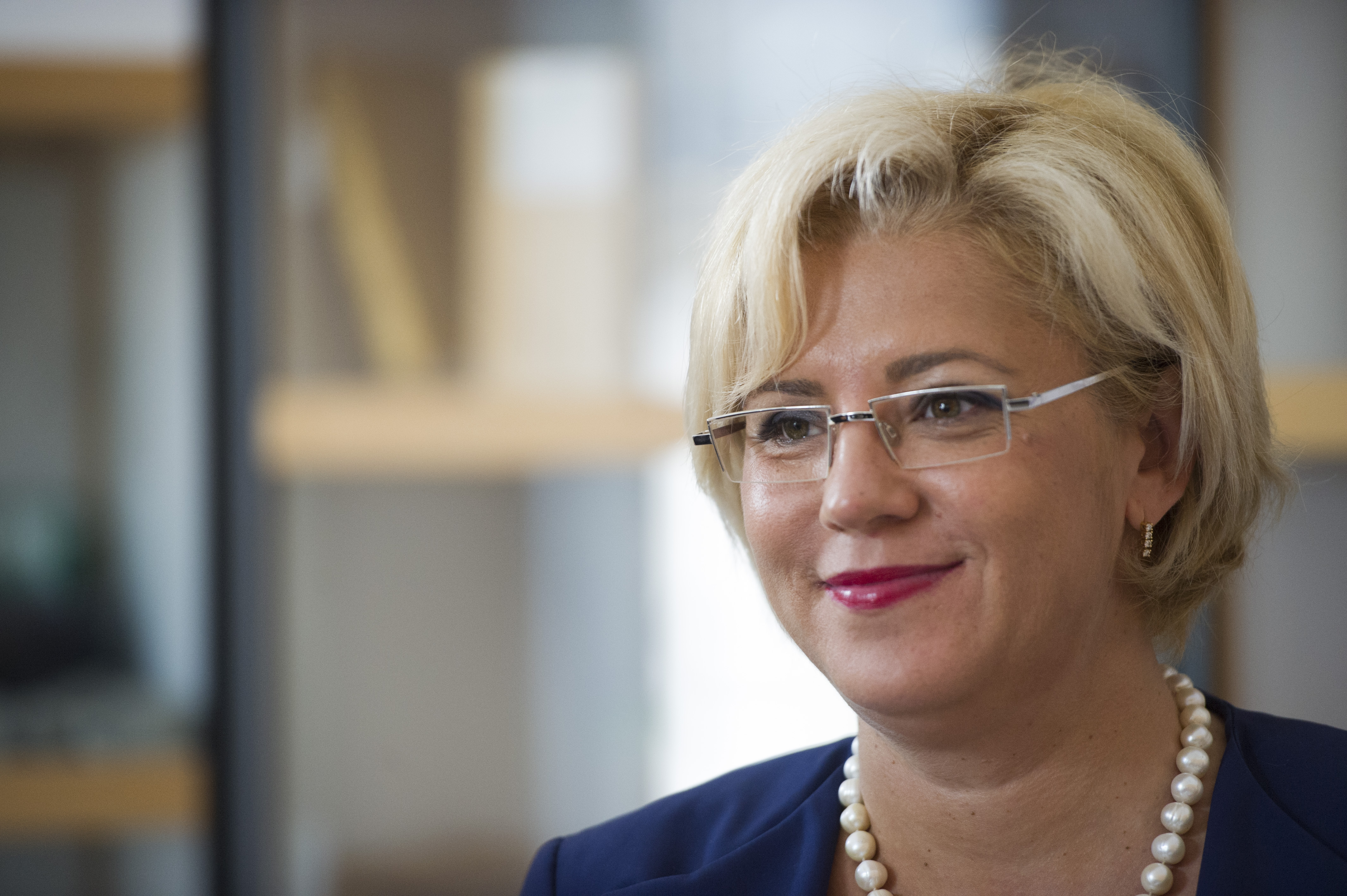 The EU is ‘going regional’ on many fronts. As a member of the Energy Union project team, what is your vision of this union, and how can regional policy support its creation – not only as a legal, but also as an infrastructural entity?

The Energy Union, one of the Commission's priorities, aims in particular to modernise and expand Europe's energy infrastructure and crossborder interconnection networks to ensure the competitiveness of our economy, the sustainable development of the energy sector and the security of energy supply.

In February, 2015, we adopted a framework strategy for a resilient Energy Union with a forward-looking climate change policy. It aims to reduce energy dependency, promote the free flow of energy across borders, and support the transition to a low-carbon economy.

One of your responsibilities as a Commissioner is to identify how the EU’s Structural and Investment Funds can help establish a European Energy Union. Could you give us an overview of the progress made already, the difficulties encountered, and where you think most of the money should go?

Cohesion Policy will play a strong role in delivering the Energy Union on the ground, through projects that bring real benefits to citizens. €38 billion of Cohesion Policy funding will be invested in the low-carbon economy during 2014-2020 (twice the amount spent in this area during the previous funding period). This will help Member States, regions, local government, and cities, to implement much needed investments in energy efficiency in buildings, renewable energy, smart grids and sustainable urban transport.

Numerous major infrastructural projects are not feasible through purely market-based mechanisms. What is your vision of facilitating the realisation of the EU’s strategic projects – such as the North-South Corridor – that require public support to bridge the financing gap?

Although the main instrument for energy infrastructure investments at EU level is the Connecting Europe Facility, Cohesion Policy can support investments in infrastructure for energy distribution, storage and transmission systems, provided that they contribute to the development of smart systems, and are complementary to investments for supporting the shift towards a low-carbon economy. The Commission will regularly take stock of the implementation of major projects which contribute to the Energy Union. However, not all projects need EU grant support to be realised; with the new European Fund for Strategic Investments, there is an additional tool that can help to make commercially viable projects attractive for investors.

What do you think are the main political and regulatory roadblocks that nowadays prevent major crossborder infrastructural projects – especially in the field of energy – from being realised?

Crossborder projects often face opposition when they are perceived as mere "transit lines" without local benefits. The policy and legislative measures that the EU has adopted, over the last few years, provide a powerful and sound foundation for European infrastructural planning. Investments, in particular, should not be evaluated solely on the basis of benefits in the Member State concerned, but on EU-wide benefits. The EU's macro-regional strategies (Baltic Sea, Danube, Adriatic-Ionian and Alpine). as well as European Territorial Co-operation, can also play an important role in this respect, by further promoting and supporting energy issues through greater regional co-operation in cross-border areas.

You mentioned in your priorities that the regional policy is not just about transferring funds from more developed regions to the less developed ones. What concrete initiatives can ensure guidance on regional co-operation, along with a transfer of best practices among the regions?

Cohesion Policy is much more than just providing financial support, in particular, to the less developed regions. It is also very largely about empowering the regions of Europe, in terms of capacity building, technical assistance, encouraging the exchange of best practices and cross-border co-operation, and promoting strategic investments to enhance the competitiveness of our territories. For instance, in the area of energy, a specific support platform of the European Commission has been set up to help regions and cities implement funding in the energy sector, especially on innovation in sustainable energy.

Markku Markkula: “Creating the Energy Union is not possible without involving local and regional authorities” 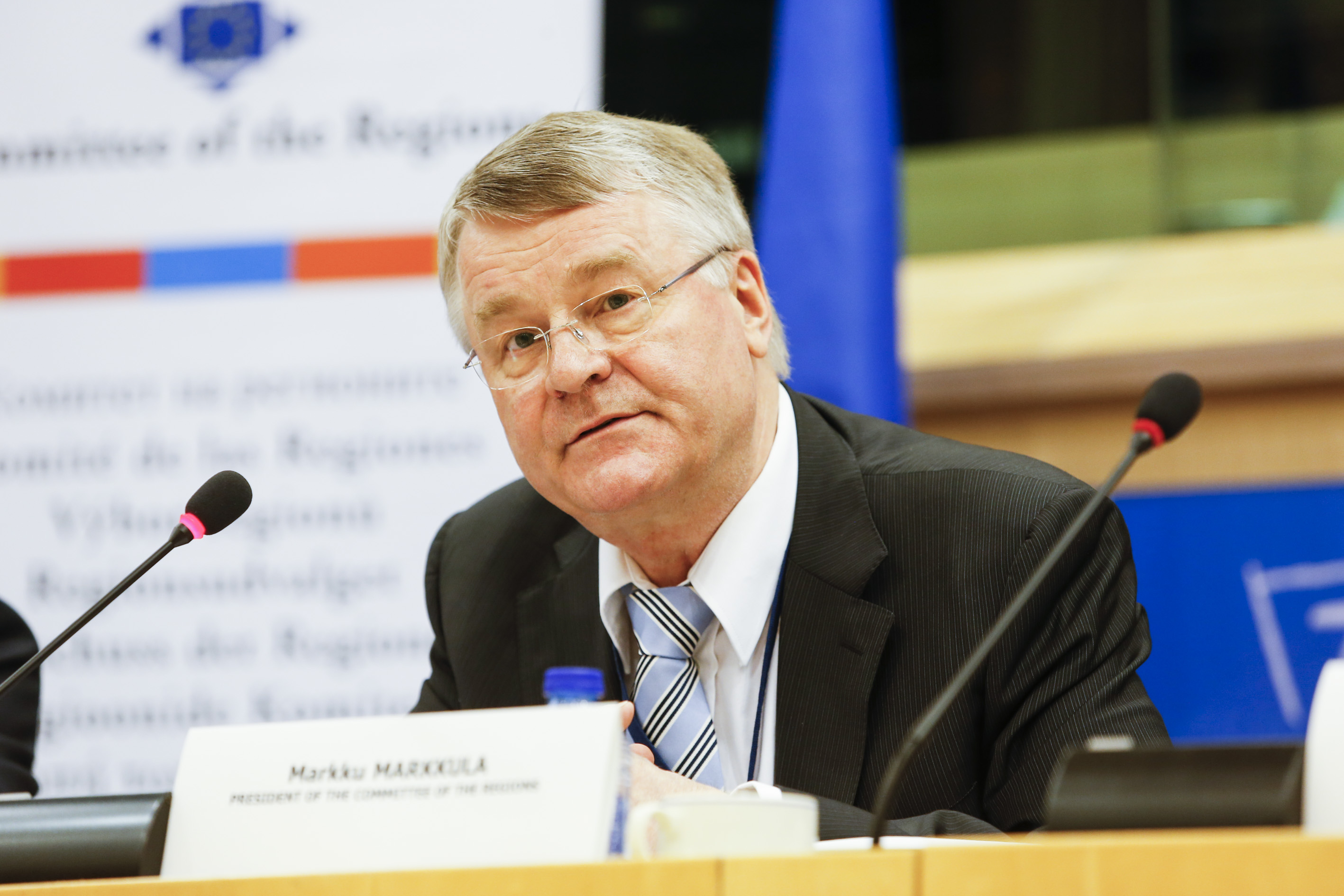 The EU is going regional on many fronts. As the President of the Committee of the Regions, what should be, in your view, the place of the regions on a multi-level governance system for the Energy Union project?

Creating the Energy Union is not possible without involving local and regional authorities. There is also a need to empower consumers and small-scale local projects, which will cut energy bills and contribute towards the energy transition. The commitment among citizens is becoming ever more crucial to drive this change. The CoR must, therefore, be involved in encouraging experiments and developing new legislation, as well as ensuring that local representatives are involved in all national energy development and regulatory bodies. At the EU level, the CoR should be represented in the Agency for Co-operation of Energy Regulators and be given Energy Infrastructure Forum membership.

It is possible to combine different renewable technologies in the regions by using new methods of managing power generation and transmission capacity through smart grid technologies. In Central Europe, the flow of electrical energy between various countries and regions needs to be better co-ordinated. Significant growth of the share of Renewable Energy Sources (RES) requires joint co-ordination in the development and operation of networks, as well as effective legal regulation of interconnected power systems between different countries and regions, so that no country and no region remains isolated from the EU energy market.

Insufficient technological innovation and infrastructural connectivity is especially a burden upon countries from Central Europe. What are the regional policy tools that may be used to tackle this challenge?

There needs to be a greater balance between EU investment on large, cross-border infrastructure and the response to local needs, so as to better integrate locally-produced renewable energy into the grid. Smart specialisation strategies need to be emphasised, in order to boost investment in regional innovation and engage businesses and public authorities. It would allow smart grids and energy research strategies to be more closely interrelated at the regional level. Moreover, partnership-building between local governments through Smart City initiatives are crucial, to integrate areas such as energy saving in urban transport, inter-regional communication strategies, co-operation in new storage technologies, and smart public buildings. The European Structural and Investment Funds - along with the European Fund for Strategic Investments - are vital to delivering cross-border renewable energy projects.

What do you think are the main political and regulatory roadblocks that, nowadays, prevent major cross-border infrastructural projects – also in the fields of energy – to be realised?

Renewable energy is often connected to grids that are not constructed for such energy sources, so it will take time to upgrade the energy networks. It can be overcome by implementing smart grids and improving grid interconnection between EU Member States, as well as between mainland and island regions. Many RES - such as wind farms - experience fluctuations, and there is a need to maintain some spare capacity in conventional power plants, to develop appropriate energy storage and encourage flexibility through demand management. The CoR is also concerned that the new EU state aid guidelines for energy could create additional burdens for local renewable energy and energy efficiency projects, or for local models, built around "smart grids" and storage, that is not able to compete with big operators.

What tools/platforms/fora, current or planned ones, could impact on the transfer of best practice and knowledge among regions, in particular in the energy field?

The development of renewable energy support centres in the regions could generate employment and promote training, essential for companies involved in the construction of and connection to the grid. Developing local know-how will increase research and the regional development of the whole energy system. In my home region in Helsinki, the new West-Metro Corridor in Espoo is renewing a large urban area, which also operates as a test-bed for city innovation, including energy systems, by taking a multi-disciplinary approach along with the industry and the Aalto University Energy Platform. Through the development of these kinds of projects, local and regional authorities are becoming indispensable partners in the Energy Union.

Markku Markkula, President of the European Committee of the Regions (CoR)