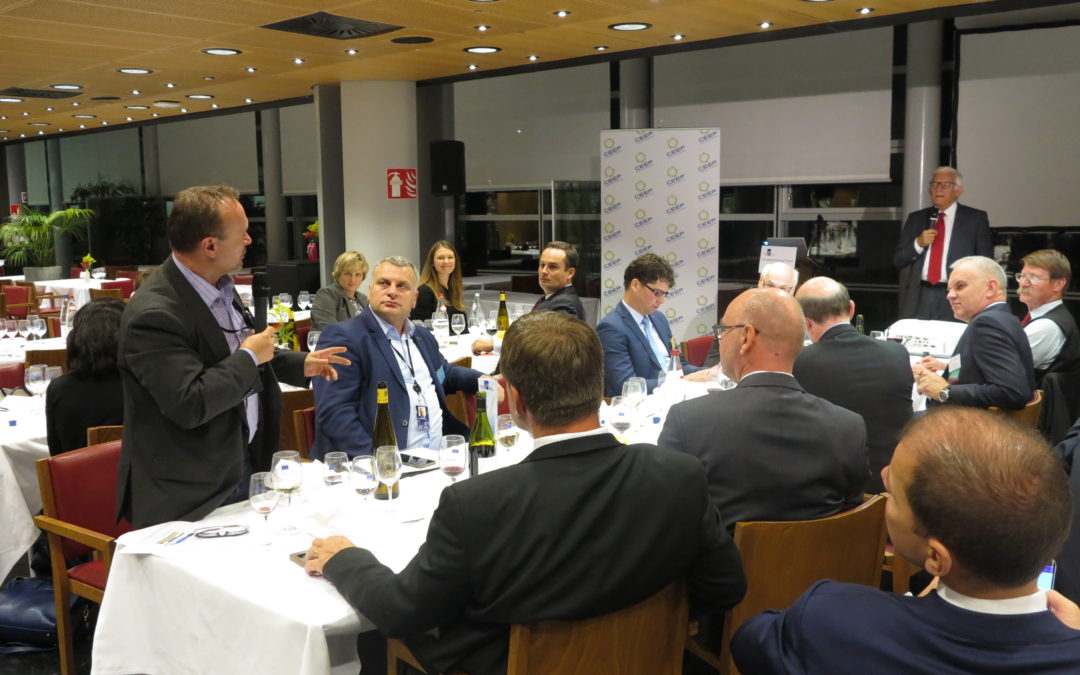 Central Europe Energy Partners’ members and guests discussed about the links between security of supply, regional cooperation and interconnections in the European electricity system, during a dinner debate organized onthe  3rd of October 2017, in the European Parliament, in Strasbourg, with the participation of MEPs.

Under the title “Securing energy supply with trans-border electricity flows: the view of Central European electricity TSOs”, the participants expressed their reservations on Clean Energy Package’s proposal of a target model for Regional Operational Centres (ROCs) and discussed how to effectively strengthen regional cooperation of electricity flows.

Recent difficulties of the French electricity system in assuring adequate generation under tougher weather conditions were just another call for drawing appropriate lessons. With potential impacts in all regions of the EU, these lessons and challenges need to be looked at jointly, including partners from Central Europe, where weather conditions affect large synchronous areas of the electricity system.

CEEP fully supports enhanced cooperation between different TSOs, however we do not share the view of the Commission that the establishment of ROCs is a suitable measure to guarantee this. Taking into account the current development of electricity markets in Europe, the delegation of the competencies to ROCs is unjustified. Limiting the role of national TSOs by splitting the decision-making in power system operation in different timeframes between TSOs and ROCs will lead to conflicting responsibilities and cause operational security threats.

It should be underlined that in the current state of development of the electricity markets in Europe the regional coordination of TSOs in the form of Regional Security Coordinators, is the proper model for operational coordination, especially because the decision-making power lies within the national TSOs, which are entities that bear that responsibility for secure operation of electricity system.

If established, the core activity of ROCs would be the analysis of transmission congestions and loop flows within Member States (internal congestions), observed regions and especially interconnections between regions, to provide liquidity on the national, regional and pan-European integrated market.

Therefore, at this stage, the ROCs should only have a recommendation and coordination function, at least until the time when a large-scale cross-border exchange of energy is feasible in every Member State.

The debate was held under the Chatham House Rule and was hosted by Central Europe Energy Partners as a member of the European Energy Forum. The event enjoyed the partnership of PSE S.A., a CEEP member company.

During the debate, the presentations were delivered by:

The debate was conducted by Jerzy Buzek, President of ITRE Committee, European Parliament.