Effective operation of the power system: a primary requirement for a competitive electricity market in the EU 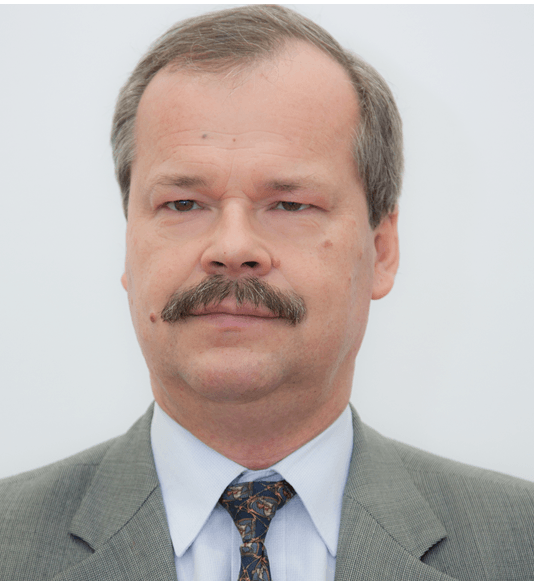 The European Union’s Energy Package delineates, very clearly, the directions in which the transformation of the European electricity sector should proceed. The implementation of effective market solutions, with a simultaneous prevention of excessive dependence on outside energy sources, is of great significance for ensuring the growth of the European Union’s economy.

It is, therefore, extremely important to ensure effective operation of the European power system, both by introducing relevant legal regulations, and by ensuring its smooth development in specific areas.

The European Commission (EC) has clearly indicated that the development of cross-border interconnections is one of the primary requirements for the effective operation of the electricity market. The overall objective is to maximise the cross-border capacity of each system. To set a target for each country, a special indicator was established by the EC, amounting to the ratio between the long-term available cross-border capacity (as far as the import of energy to that country is concerned), and the generation capacity installed in that country. Each country aims to achieve the value of, at least 10% by 2020, and discussions are currently in progress on increasing the (obligatory) requirement up to 15%.

Bearing in mind the correctness of the methodology adopted for calculating the ‘ratio set aside’ (as it will be termed), the introduction of the indicator (“cross-border indicator”) as an obligatory requirement means, in practice, that some very serious transmission grid infrastructure investment will be required. Hence, it is extremely important to ensure proper planning for future infrastructure, to avoid excessive investment, whilst the remaining system solutions on the European scale remain insufficient (or have simply not been introduced).

Proper, realistic definition of the targets (especially numerical ones), is important as well. For instance, the cross-border indicators referred to, must not be established at a time, at which their values are determined by the lack of relevant regulations or by the grid deficiencies in other European States.

Secondly, the import cross-border capacity of a given power system (in this particular case, the Polish one) may be (and in the case of Poland it is) impacted primarily by the existing regulations (mechanisms, rules) and by the use of the existing infrastructure by neighbouring countries, and not by the lack of physical connections or technical inability to exchange power with other countries. This phenomenon occurs at the borders of the Polish system (i.e. with the German, Czech, and Slovakian systems, called “synchronous profile”), where the long-term value (for annual and monthly auctions) of available import cross-border capacity equals zero. This stems from the very significant, unplanned power flows via the Polish system, between the western (power entering the Polish system) and southern (power exiting the Polish system) Polish borders. One of the primary reasons behind these significant, unplanned power flows is the failure to implement a congestion management mechanism between Germany and Austria’s border (forming a single price zone) which results in an exceptionally large volume of commercial exchange between those countries, which is physically performed, to a large extent (due to the network limitations existing between them), via the systems of other countries, including Poland.

Furthermore, the volume of those power flows is unpredictable, as renewable, unstable generation sources (mainly wind farms) are concentrated in the northern part of Germany, and the German system lacks the internal transmission capacity required, to transmit the energy produced southwards. Therefore, the Polish Transmission System Operator (PTSO) is forced to accept zero values offered to the market (yearly and monthly) of cross-border import capacities of the Polish system’s synchronous profile, although in reality, the value is much higher, but those transmission capacities are blocked by the unplanned power flows from Germany that remain practically beyond the PTSO’s control.

The cross-border import capacity in synchronous profile could be easily offered to market participants, at a considerably higher rate (which would also increase the cross-border indicator set for Poland), if the (sub)regional co-ordination of the cross-border capacity calculation and allocation (including the Austria and Germany border) has been implemented. If the unplanned power flows from Germany were limited, and if the transmission of energy from northern Germany (where wind generation sources are connected to the grid) to southern Germany and Austria was ensured, via the use of the German and Austrian transmission infrastructure, then using the grids of neighboring countries, Poland included, would not be necessary.

[Tweet " Poland’s cross-border indicator will be much higher than the required 10% rate"]Just to show the effect of the above described scenario in figures: if the unplanned power flows within synchronous connected systems are limited to the values that are determined by the laws of physics only, the total long-term import cross-border capacity at the synchronous connections of the Polish system would considerably exceed 1,000 MW (instead of zero), which means that the total value would easily exceed 2,000 MW. In such a case, the cross-border indicator for 2014 (by the EC methodology) equals approximately 6%, and with the correct calculation methods applied (i.e. with reference to the peak demand in Polish system) - clearly exceeds the 8% mark. Once the main investment projects of the PTSO, that impact on the value of the available cross-border capacity of the Polish system are completed, Poland’s cross-border indicator will be much higher than the required 10% rate.

The total transmission network investment expenditure to be borne by the Polish TSO, in the course of the next few years, will be equal to approx. EUR 2 billion, which reflects a wide-scale and ambitious investment programme. The largest investment projects, in the nearest future, include the construction of a new interconnection between Poland and Lithuania (end of 2015), installation of phase shifters (PSTs) at interconnections between Poland and Germany (2016/2017), and expansion of the transmission system in the western part of Poland  in 6-10 years’ time.

The investment projects are also aimed at allowing the limitation of unplanned cross-border flows, which - aside from freeing up the cross-border capacity - will also contribute to a better use of the Polish network infrastructure, will increase the ability to absorb energy from wind farms, and will increase the operational security of the Polish system (along with the synchronous connected systems).

[Tweet "the need to ensure that the laws of physics are taken into consideration"]The power sector faces some very serious challenges, practically, in each of its segments - from generation to demand. The ability to store electricity on a large scale is a major one. Looking to the progress of work in electricity storage in Europe and worldwide in the last few years, it seems that achievement of the objective is feasible (both technically and cost-wise) within a relatively short time-frame. If the scenario presented above is fulfilled, the operational principles of both the power system and the electricity market will have to be changed considerably. So far, one of the primary objectives that needs to be fulfilled, in order to ensure effective operation of the power system on a fast developing electricity market, is the need to ensure that the laws of physics are taken into consideration, whilst imposing the rules governing the world of the electricity trade. If that condition is not met, the electricity market will not be fully competitive, and the risk of disturbances affecting the supply of electricity to final users, will soar quickly. This is something that none of us, electricity end-users, wish to experience.