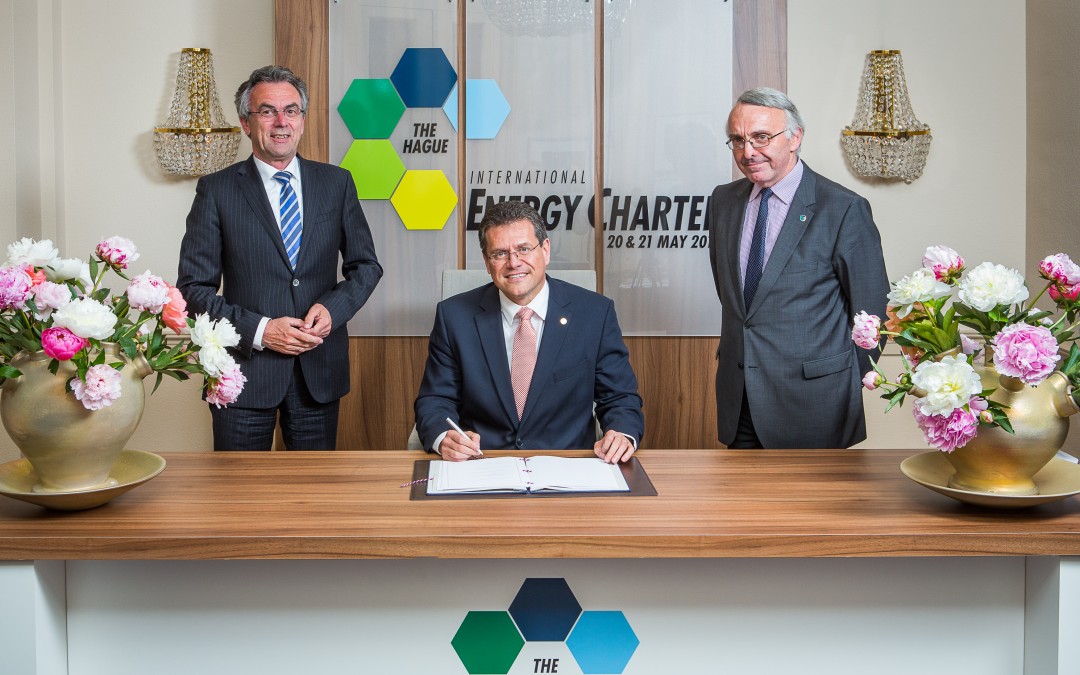 May 20th, 2015, was a historic day for international energy co-operation. After many years of planning, discussions, diplomatic effort and, finally, negotiation, the International Energy Charter was adopted at a Ministerial Conference in The Hague.

Seventy five countries and organisations, including the European Union (and all its Member States), EURATOM, China, the United States, and countries from Africa, Asia, and the Americas adopted the new Charter. Russia did not participate at the Hague Conference, but was a signatory to the European Energy Charter of 1991, and the subsequent Energy Charter Treaty of 1994, which it provisionally applied until 2009. However, the International Energy Charter remains open for signature by any country willing to share the principles of global energy co-operation and governance. The ultimate ambition is for the Energy Charter to achieve its full potential as the premier instrument of global energy co-operation and governance.

The Energy Charter Treaty provides a legal framework and a platform for co-operation for the diversification of sources and routes of supply. Whilst the countries of the Caspian region and Turkey are already fully covered by the Treaty’s legal regime, there is now a window of opportunity to expand the Treaty’s framework to other energy-relevant regions like North and Sub-Sahara Africa, or the Middle East, where new producers may contribute to the EU’s energy security.