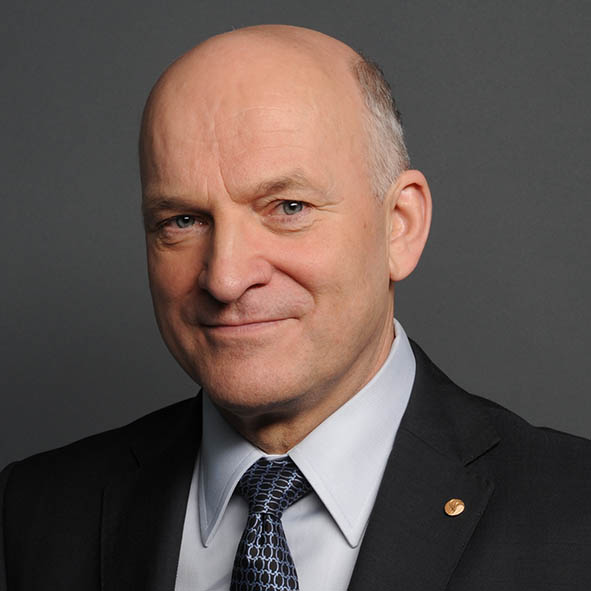 It was a year of great hopes and significant challenges in the European and international energy markets. Whether these hopes are fulfilled, and challenges overcome, will be determined in the immediate future.

In Europe, the two key words of the year were: “Energy Union. On July 15th, the European Commission published its ‘Energy Union Summer Package’. It was built around five mutually-reinforcing dimensions: energy security; a fully-integrated European energy market; energy efficiency; decar-bonising the economy; and research, innovation, and com-petitiveness. Proposals to bring together the energy systems of all Member States into a single Energy Union represent the most ambitious attempt, to date, to harmonise energy networks across borders. The Energy Union Package sets out a strong vision for Europe’s energy transition. This vision is the right one for safeguarding the continent’s energy and cli-mate security. That is why, at CEEP, we welcomed these ideas, though detailed solutions still require a lot of discu-ssion.

As 2016 will be the year of laying foundations for the governance systems of the Energy Union, we believe that the expansion of infrastructure needs to remain at the heart of this project. A strategic imperative for Europe is to build a North–South Corridor from the Baltic to the Adriatic and Black Seas. In 2015, we gained support for this joint infras-tructural undertaking from the top representatives of the European Commission, including its Vice-President for Ener-gy Union. It has become an undisputed fact that diversifying Central Europe’s gas supplies, improving oil and electricity routes, as well as road and rail links, is the key to the growth of energy security and resilience in the whole transatlantic community. A fresh momentum to our campaign was provi-ded by the meeting of Central European leaders on the sidelines of the UN General Assembly in New York City.

We believe that both the Energy Union and the North–South Corridor must be used to overcome the fragmented and isolated approach to energy. As the internal market is the cornerstone of European energy policy, the first priority is to make it work. This means that priority should be given to the expansion of infrastructure, without which energy may not flow where it is needed in Europe. Yet, this also translates into being more serious about the implementation of the Energy Union rules by all actors, and supplementing the existing instruments with those which are still missing. These include effective regulations dealing with the security of gas, oil and electricity supply.

Europe is a global player, and must be duly accompanied by an assertive and coherent energy diplomacy, working hard to enhance the EU’s security of supply. Central Euro-pean countries are particularly exposed to gas supply risks, with an underlying high gas import dependency on monopoly supplies. In 2015, with the aim of encouraging diver-sification of the European energy markets, we held two US–Europe LNG roundtables, which took place in Brussels and Washington, DC. Both meetings served as high-level debate platforms for key members of the US Congress, US govern-ment officials, EU Commission representatives, and members of the European Parliament. They added significant mile-stones, in terms of providing timely legislative actions in the US, and co-ordinated investments in gas infrastructure in the EU.

The LNG roundtables proved that energy security is a global, rather than a national or regional, challenge. The same is true for climate policy, which can only be successful, if it is based on global agreements. Although EU Member States are respon-sible for 11% of worldwide greenhouse gas emissions, they lead the way when it comes to their reduction. In our position paper, we underlined that if other countries, such as the US, Russia, or China, do not accept similar burdens, the compe-titiveness of the European economy may fall dramatically. Before the start of the Climate Summit in Paris, we also called for the transition from today’s GHG emissions reduction pre-sented in percentages, to targets based on emissions per capi-ta. We further supported the concept of climate neutrality, which was later included in the final COP-21 agreement.

The competitiveness of the European energy sector and energy-intensive industry is another topic that may not be analysed in isolation from the global markets. This has be-come increasingly true, once negotiations concerning the TTIP accelerated. CEEP’s voice has been well heard in Europe in this regard. We have taken a number of measures to secure the future of such industries, as the refinery, chemical, fertilizer, steel, and others. On various EU forums, we have consistently advocated for a waiver period of up to 10 years, for tariff reductions for those products, that are particularly energy-intensive and use gas as a raw material (e.g. fertili-zers). We also proposed a bilateral safeguard clause: the par-ties shall have the right to increase their import duties, informing the other party of the reasons for their decisions.

The TTIP negotiations are necessary, especially when it comes to access to the US market for raw materials, which is blocked today. Nevertheless, a lot more needs to be done on home turf, within the EU. In 2015, a number of CEEP’s posi-tion papers served as powerful voices on these challenges. As far as the market stability reserve system (MSR) is conce-rned, we have underlined time and again that there is no need to introduce this mechanism. The EU’s targets for 2020, and in the perspective of 2030, will both be arrived at with-out any need for a price increase. When it comes to the revision of the Directive on Industrial Emissions, we called upon the European Commission, to pre-pare detailed impact assessments of the new legislative measures, including the aspects of energy security and competitiveness.

As with previous years, 2015 featured dozens of meet-ings, published materials, articles and statements, as well as participation in those important bodies which decide on the future of Europe’s industry. Whether defending the rightful role of coal in the European energy mix, or calling for digital solutions as a basis of the EU’s energy resilience, we rest our actions on two pillars: the quality of our work and the support of our members. We need more of this, if we are to aim at fulfilling the great hopes that stem from the Energy Union, including supplies from new sources, and overcoming the significant challenges associated with climate goals and threats to industry’s competitiveness. None of these will be possible without innovative work, substantive analysis, and informed discussion. I look forward to the role of CEEP in fac-ing up to this vital task in 2016.