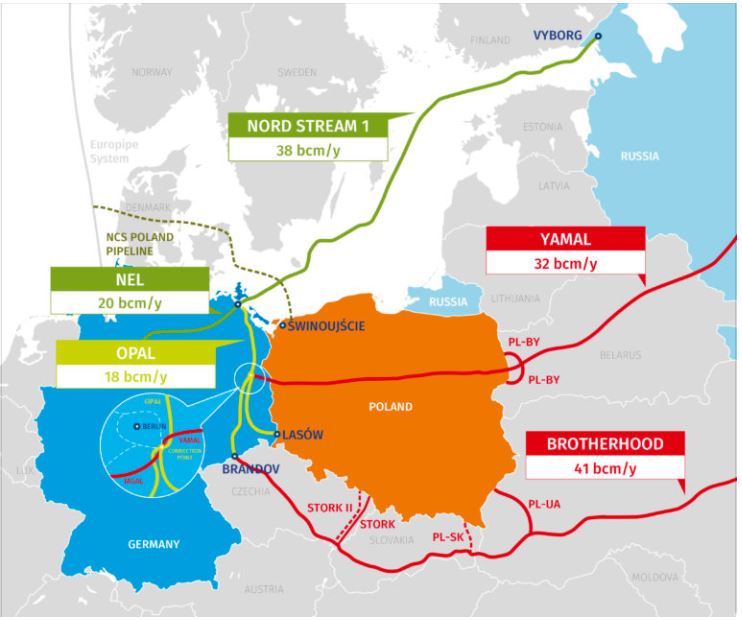 “We are convinced of the strength of the arguments put forward by Poland. Currently, our cooperation with the European Commission on OPAL and many other key topics for EU energy security is constructive and undertaken in a spirit of a very good cooperation” said Michał Kurtyka, Polish Minister for Climate and Environment after the ECJ Grand Chamber questioned the Commission, Poland and Germany on the OPAL case and the significance of European energy solidarity.

On January 13, 2021, the European Court of Justice held the last hearing of parties on European Commission's 2016 Decision which granted Gazprom access to full capacity of the OPAL. The hearing closed a formal part of the proceedings in the Grand Chamber of the Court of Justice (2nd instance) on the German plea against the 2019 General Court’s (1st instance) ruling which stated that the Commission had breached the Treaty on the Functioning of the EU while issuing the OPAL Decision back in 2016. Poland, Lithuania, and Latvia called to uphold the 2019 ruling.

The Court of Justice decided to organize a rare plenary sitting of the Grand Chamber (15 Judges).  This suggests it may wish to push for a clear interpretation of the principle of energy solidarity in its final ruling as well as deliberate on the legal obligations of Member States and the EU Institution, something that has been eluding the Union since the Lisbon Treaty. Likely, it will be a landmark ruling for countries that have argued for solidarity and energy security to be pillars of the European Union for years.

– The hearing at the Grand Chamber of the Court of Justice is the final step in resolving the four-year long dispute between Poland and the European Commission concerning the 2016 OPAL gas pipeline Decision. We are convinced of the strength of the arguments put forward by Poland. At the same time, it is worth underlining that this case is primarily about the European principle of energy solidarity. The 2019 ruling, which pointed out that the principle of energy solidarity is a cornerstone of the European integration process. As a result, the Commission and the Member States, started putting this principle in practice for the first time. Currently, our cooperation with the European Commission on OPAL and many other key topics for EU energy security is constructive and undertaken in a spirit of a very good cooperation. We are now more confident that no Member States are left on the sidelines by the Commission or the European Union when the most important decisions on the energy and climate policy are taken, said The Polish Minister for Climate and Environment, Michał Kurtyka.

During the hearing, Judges focused mostly on the European Commission’s approach to the principle of energy solidarity and on whether the European Commission had assessed the impact of the 2016 OPAL Decision on the gas markets in Poland, Lithuania and Latvia in accordance with this principle. It seemed clear from the course of the hearing, that the Commission did not convince the Judges that such an impact assessment had been indeed carried out. The Commission also acknowledged that it had been informed by Poland of its reservations ahead of the adoption of its Decision in 2016, and that it had been also aware of the risks posed by this Decision to the energy security of the region. In addition, the Judges focused on a broader legal question: is the principle of energy solidarity a source of rights and obligations for the EU institutions and the Member States, like the principle of proportionality or subsidiarity or is it solely a political motion with no significant legal importance in the EU legal system.

On March 18, 2021, the Advocate General of the Court will present its opinion on the OPAL case while the final ruling is expected by the end of June.  It seems likely that, the OPAL case launched in 2016 by the Polish Government and the Polish Oil and Gas Company as an instrument to protect against Gazprom's expansion in Central Europe has evolved into one of the most important energy proceedings at the European Court of Justice. The final rulling will most probably shape the EU legal doctrine in the field of energy policy and energy security for years. Regardless of whichever party the Court concurs with.

Prepared in cooperation with BiznesAlert.pl.

X
We use cookies to ensure that we give you the best experience on our website. If you continue to use this site we will assume that you are happy with it.OkPrivacy policy