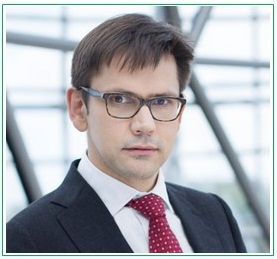 How do you evaluate the functioning of the electricity markets in Europe?
The outcome of a number of market processes does not reflect the laws of physics prevailing within the electricity grids. We cannot call the market functional, if its mechanisms do not allow the rejection of trades, which do not respect physical constraints inherited in the very design of the power grids. Every good textbook on the economics of power systems, states that certain combinations of bids placed on both sides, supply and demand, cannot be accepted if they result in the overloading of the lines. A lot of arguments have arisen, in the case of loop-flows, from the trading within the German-Austrian price zone. The fact that the border between the two countries has not been drawn, is often indicated as the culprit. ACER (the Agency for the Co-operation of Energy Regulators) is concerned with the fact that TSOs reserve an unreasonably high margin between the capacity of interconnectors offered and their theoretical thermal capacity. However, only a few experts realise the actual root cause of those problems.

[Tweet "The price development process on the markets is the main cause for loop flows"]The price development process on the markets is the main cause for loop flows, and we have struggled with costly remedial actions for some time. Have a look at Platts’ quotations for fuels and other commodities. In terms of their pricing, what is the main difference between electricity and other commodities? In fact, the prices of other commodities are localised. They are also shown separately for different ports of destination. In contradiction, electricity is traded as though we all lived on a copper plate and actual flows between the energy points are of no matter. To the greatest surprise of people from outside the sector, in the electricity business, contractual terms like CIF, DAF, DDU have no real meaning. This is because the cost of transportation is always built into transmission tariffs. This was both practical and reasonable, and it worked for many years, during which the power systems were stable to a large extent.
Ever since we started dealing with a deep penetration of intermittent RES sources, this in-built cost does not consist anymore of only regulatory asset value, plus WACC (weighted average cost of capital). Now, we have to add to it, the costs of remedial actions, such as the re-dispatching of the generation units, carried out in order to rescue power lines overload, due to the trades which do not respect the laws of physics, and because of the bidding zones delineation, which does not respect the grid’s topology. Hence, as long as we do not implement the proper mechanisms, based on nodal pricing for balancing the market and flow-based allocation of interconnectors’ capacities, the markets will not function properly.

Do you think that the German ‘Energiewende’ model should be implemented by other EU countries?
For many years, Germany has implemented a form of economic growth, driven mainly by trade surplus. This has entailed transfers of money from households to enterprises. We all know that a tripartite agreement between the German trade unions, government and employers on restraining wage growth, gave rise to excessive savings, which allow German enterprises to invest domestically and abroad. ‘Energiewende’ is yet another instrument of implementing a similar policy – the subsidisation of enterprises to the cost of households. Have a look at the structure of energy prices – the difference between electricity bills paid by households, and energy-intensive businesses, is sufficient to realise the rules of the game. Putting an ambitious RES market share and decarbonisation targets aside, it is the entire story behind subsidising German exports and investments. For the rest of Europe, it is not feasible to follow the same path that Germany goes along, because someone has to spend heavily, if the largest economy of the continent pursues excessive savings. This arises simply from the basic accounting rules.

Then, is there any room for the integration of RES and DSR (demand side response) within the energy markets, as they are in 2016?
I am not so skeptical, as you might think, concerning the perspectives of RES and DSR integration into the market. There is one condition, however, the markets should function properly. Locational, marginal pricing supports the integration of RES and DSR. DSR as a problem solving tool should be valued, according to the location of the problems we struggle with. Yet, if we continue to value this service, as though it were provided on a copper plate, it does not make sense. The supporters of RES and DSR insist on implementing a binary economy. RES asks for near zero prices (given their near zero marginal cost of generation), whilst DSR asks for prices near the value of the lost load. It is not a sustainable model from an economic point of view. However, locational marginal pricing, shortened gates on the market, and short time products traded on it, can be an answer to the question about the integration of RES and DSR.

[Tweet "blockchain will be at the heart of power grids and market management systems"]Do you think we will face a technological breakthrough any time soon?
Yes, I am a strong and zealous believer in new technologies. One only has to look at the history of technologies – the Wright brothers, for instance, flew their Flyer II in 1904, and yet, by 1914, Nieuport X fighter aircrafts were being used on the First World War fronts. Just ten years had witnessed spectacular advances in the field of applied engineering. At the moment, many businesses unite their work on R&D, especially on power storage and other technologies, capable of a complete refurbishment of the energy landscape. That is why I dare to say we are heading for a revolution.

What might be this soon to come major technological breakthrough?
First and foremost, the blockchain, in my opinion, as well as distributed ledger, and smart contracts, will be at the heart of power grids and market management systems. Full automation of bidding processes, combined with the distribution of computation tasks, related to balancing the system, would lead to a real breakthrough, that would enable smart appliances to trade milliwatts of energy for every second among themselves, to the exclusion of the human side of the market. I like to think about my fridge trading excesses of its energy with my neighbour’s microwave oven. It will probably occur within the decade combined with cheap electricity storages.