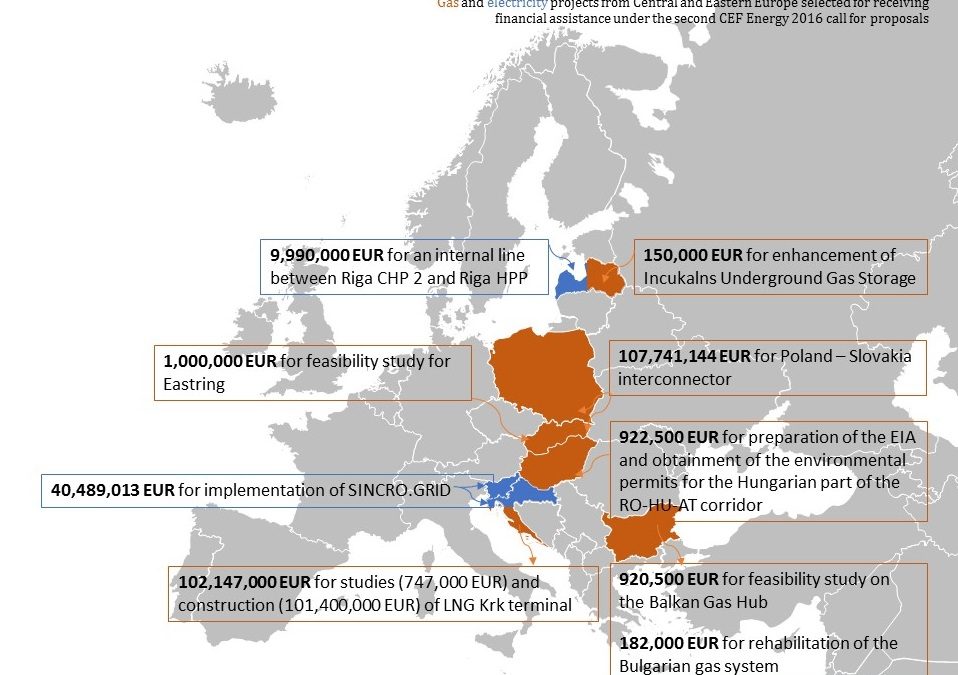 EU countries agreed on European Commission proposal to invest 444 EUR million in 18 energy infrastructure projects, out of which ten are to be implemented in Central and Eastern Europe for a total amount of 263 EUR million. These projects, known as projects of common interest, are intended to connect the bloc’s energy markets, increase security of supply and better tackle the integration of renewables into the grid.

Gas is the big winner in Central and Eastern Europe. Just over €100 million will go to constructing an offshore floating liquefied natural gas import terminal on the Croatian island of Krk, partly owned by HEP, a CEEP member. The maximum annual delivery of natural gas is expected to be 2 billion cubic meters, a technical capacity that can be increased to 5 billion cubic meters, by installing an additional evaporator.

The second biggest sum is of around €107 million which will go to building a gas interconnector between Slovakia and Poland.

The funds come from the EU’s infrastructure support programme, the Connecting Europe Facility, which has allocated €5.35 billion for energy infrastructure projects between 2014 and 2020. In order to be eligible for a grant, a proposal has to be 'a project of common interest'. The Commission has identified 195 projects of common interest, as part of its efforts to create an EU-wide energy market. The list will be updated by the end of this year. More on PCIs. 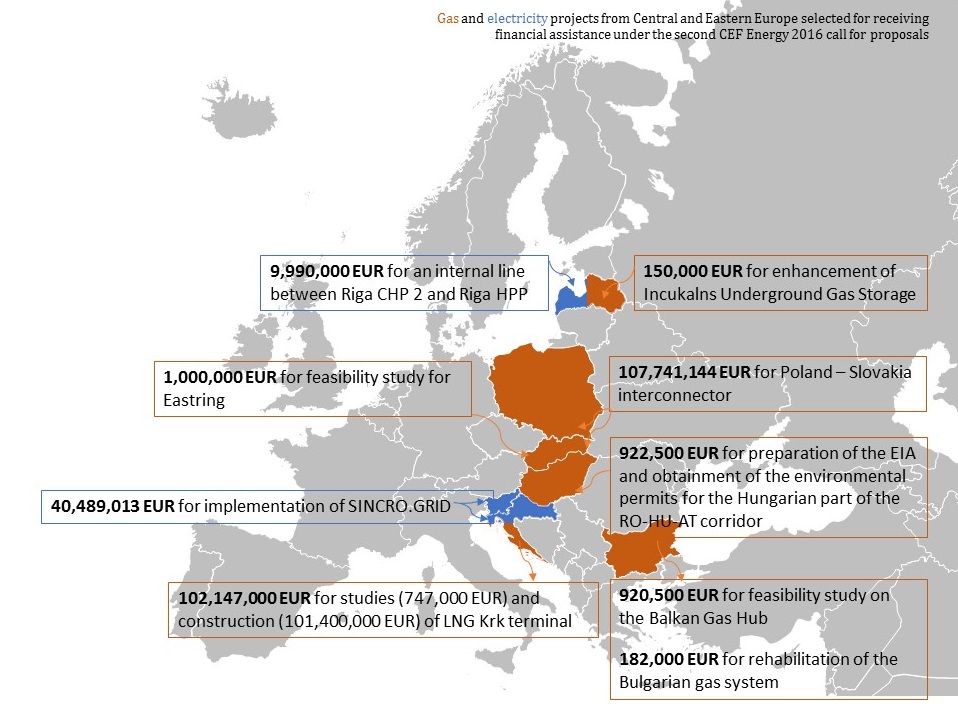