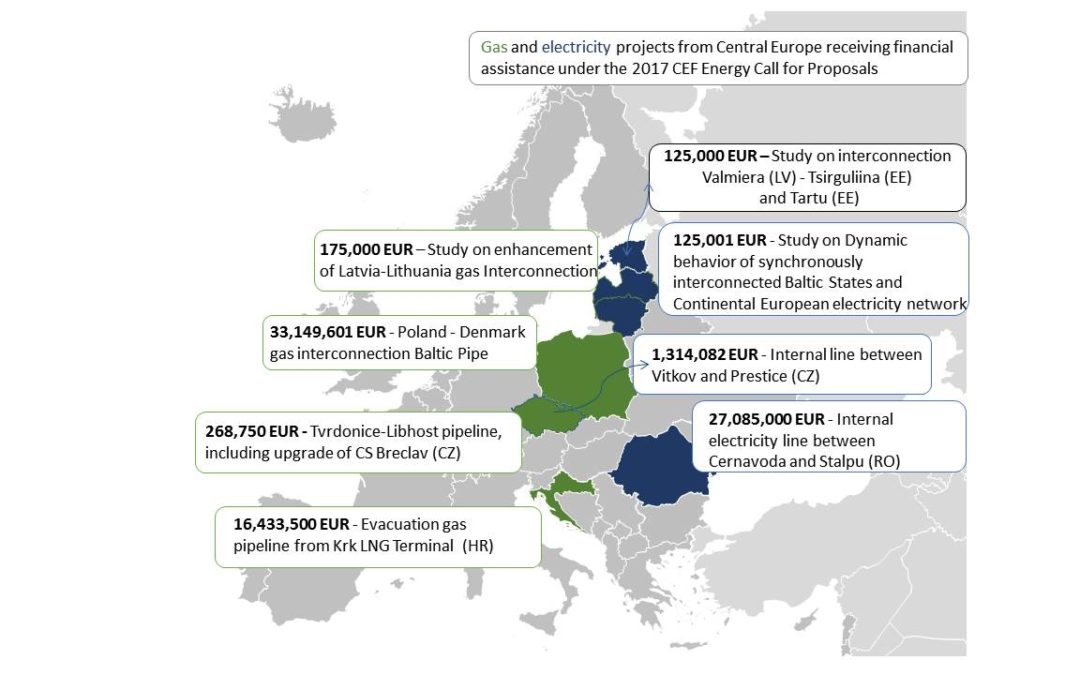 Nine out of 17 selected electricity and gas projects for EU funding are from Central and Eastern Europe, for a total value of €79 million out of €873 million. The EU funding for the chosen projects comes from the Connecting Europe Facility (CEF), the European support programme for trans-European infrastructure.

In the electricity sector in Central Europe, a grant of €27 million will be allocated to support the construction of a new 400 kV internal power line between Cernavoda and Stalpu (RO), which will contribute to increase the interconnection capacity between Romania and Bulgaria and help integrate wind power from the Black Sea coast.

The Commission will also invest in studies to support the synchronisation of the Baltics States. Today's decision is of key importance for Estonia, Latvia and Lithuania and Poland to agree on the way forward to find, by the end of May 2018 at the latest, a solution on the best way to synchronise the Baltic States' electricity grid with the continental Europe system, in line with the results of the ministerial meeting from December 2017 (see STATEMENT/17/5271).

In the gas sector, €33 million will fund the preparatory works for the Baltic Pipe Project up to obtainment of all necessary permission(s) in Poland and in Denmark. Some other €16 million will go for the works on the LNG Evacuation Gas Pipeline Omisalj-Zlobin-Bosiljevo-Sisak-Kozarac-Slobodnica in Croatia.

Of the 17 projects selected for funding: