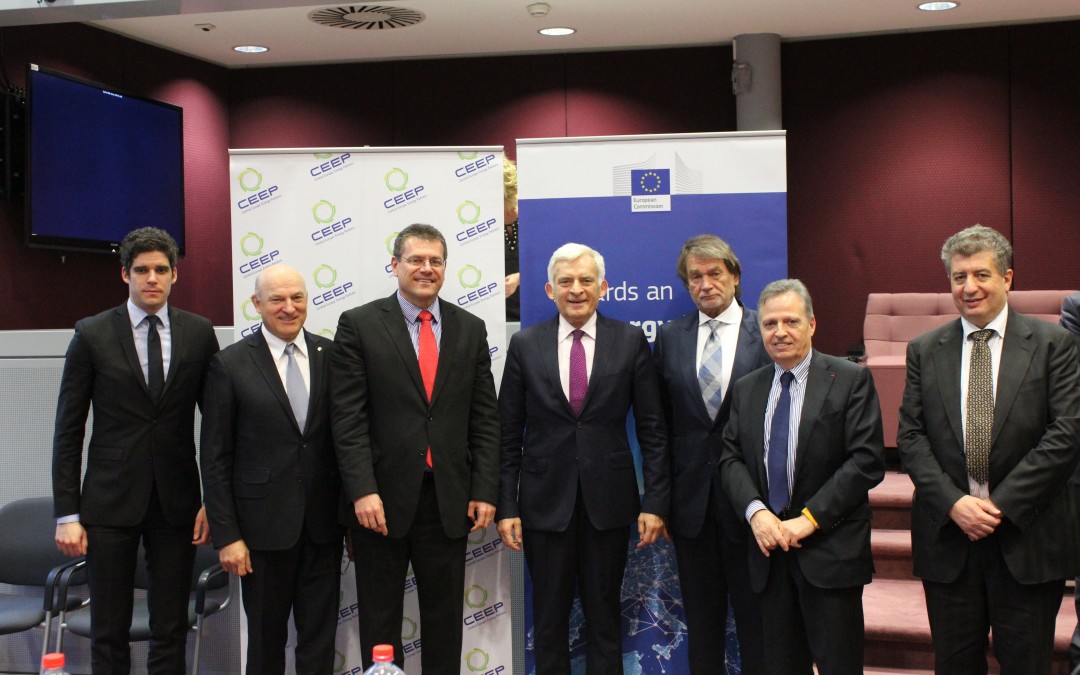 The EU’s political steps to reduce its energy dependence need to be accompanied by investments in the energy infrastructure. A good starting point in this process may be the construction of the North–South Corridor of energy, transportation and telecommunications, as presented in a report by Central Europe Energy Partners (CEEP) and the Atlantic Council. European institutions have declared their interest in integrating proposals from the report into future European legislation and policy. On March the 24th, a high-level conference in Brussels discussed these issues.

The discussion focused on the ‘Completing Europe’ report’s main recommendation to create an integrated set of energy, transportation and digital links across Central Europe. I am happy that our concept was incorporated into the Energy Union Package of the 25th of February, 2015. Our idea is to be able to easily drive an ‘energy highway’ from North to South and back again. We need more investments in this area, along with a holistic approach to this challenge, as, at the moment, too many EU Member States remain energy ‘islands’, and therefore are impeded from freely trading energy and energy resources. This results in high prices, especially in Central Europe, compared to the Western part of the continent, declared Paweł Olechnowicz, Chairman of the Board of Directors of Central Europe Energy Partners.

Starting from the North–South Corridor, the EU should move even further towards providing energy security, resilience and competitiveness of the energy market from the broad European, and not only regional perspective. There can be no union without the economic integration. The EU’s strategic goal must be lowering the energy prices in order for the European economy to remain competitive in the globalized world of today. In order to achieve this goal, we must act jointly rather than as 28 separate energy systems. By developing the renewable energy sector and unifying the potentials of Western, Central and Eastern Europe, and finally, by integrating Ukraine with the EU energy systems may we quickly and efficiently enhance the competitiveness and increase the energy security of the whole Europe. The Europe which in 1951 commenced its integration as the European Coal and Steel Community and today may secure its economic position by becoming an energy community, stressed Jan Kulczyk, Vice-Chairman of the Board of Directors of Central Europe Energy Partners.

The set of energy, transportation, and digital links is commonly referred to as the North–South Corridor. It brings together the Baltic, Adriatic and Black Seas, serving as the backbone of a stable energy market in Europe. For the energy market to work effectively, political steps and treaties will not be enough. It also necessitates transmission infrastructure – i.e. terminals, gas and oil pipelines, as well as integrated systems for the transmission of electricity. We reached consensus regarding the fact that better energy integration translates into more liquid and diversified markets, and supports competition. That is why the creation of the North–South Corridor is critical for the single European market, and indeed the security and prosperity of the whole of Europe and the transatlantic community, asserted David Koranyi, Director of the Eurasian Energy Futures Initiative at the Atlantic Council.

According to the study completed by CEEP and the Atlantic Council, to build a real, coherent and integrated energy market, it is necessary to invest in energy networks. The North–South Corridor would establish a powerful set of economic arteries, including energy pipelines and power lines, highways and railways, and telecommunication links extending from Poland’s and Lithuania’s Baltic coast through the Czech Republic, Slovakia and Hungary, to the coast of Croatia, with further possibilities to connect with the Southern Gas Corridor, the South of Europe, down to Turkey. This would largely improve the EU’s economic integration and energy security, as LNG terminals and its networks of gas and oil lines and electricity grids would diversify the sources of energy for all Central European States, and free consumers from relying on a single supplier.

The cost of backbone, strategic projects presented in this report, totals EUR 50.5 billion. From this amount, €27 billion would be allocated for the cost of projects for the energy sector (oil, gas, electricity), €20 billion for transport, and €3.5 billion for telecommunications. These figures are only a small fraction of the infrastructure investment needs up to 2020, in the range of €1.5-2 trillion (or an average of €150–200 billion annually), outlined by the European Commission in 2011. To provide a strategic and long-term energy security in Europe will cost about one-third of the annual budget of the European Union for infrastructure.

Jerzy Buzek, the Chairman of the ITRE Committee of the EP, recalled CEEP’s earlier ‘Bratislava Report’, prepared together with Roland Berger, on the costs of energy, their correlation to growth, and the challenges of keeping EU-11 economies competitive, whilst mastering energy transformation. He emphasised that the previous report identified Central Europe’s energy needs, and the 'Completing Europe’ report shows how they can be fulfilled.

Vice-President Šefčovič, Chairman Buzek, and Director-General Ristori all congratulated CEEP on the content and timing of our initiative, and assured us of their respective institutions’ ongoing support for further activities aimed at its promotion. They also stressed many times that the holistic approach to issues of energy policy and security, taken by CEEP, from the onset of our work in Brussels and clearly evident in the conclusions and findings of the report, is helpful for European institutions. The event also brought together senior staff from several DG’s, the EIB, and the top management from CEE’s energy and energy-intensive industries.