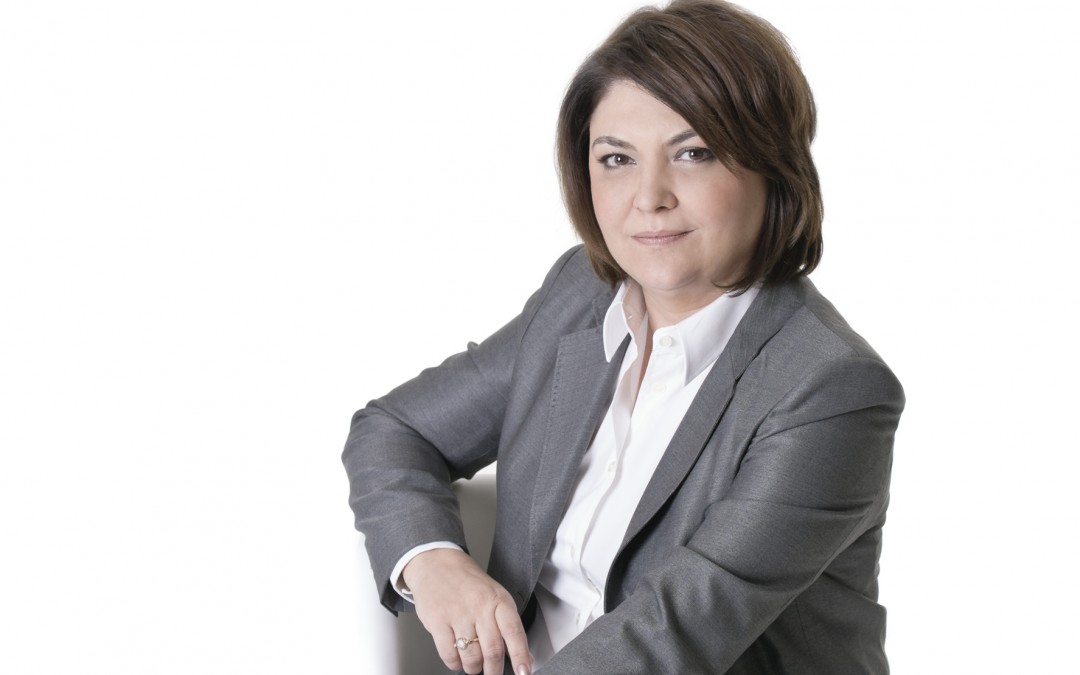 Ms. Adina-Ioana Vălean, a Romanian MEP, Vice-President of the European Parliament and a member of the Committee on Industry, Research and Energy (ITRE), presented during the conference on EU Energy Policy and Competitiveness in Brussels (November 17th) her vision on how to manage inherent costs in order to make energy prices more favourable to business competitiveness,. After the event, she further developed for CEEP Report some of the crucial points.

Cristina Dascălu (CD): You said in your presentation that the EU should rely more on the US and less on Russia when it comes to energy imports. “The more the EU looks to the East, the less it is open for the global supply chain”. Can Russia be replaced by the US or others?

Adina-Ioana Vălean (AV): The EU should rely on itself and re-orient its energy security strategy. By fully interconnecting its gas grids, by building up LNG hubs in Southern Europe, and by completing the North-South and Southern Gas corridors, we can choose to buy from any supplier on the global market. We should not be in the business of ignoring any country: we should just be able to choose the best prices and the most reliable partners. We can do that only if we have a truly interconnected internal energy market with multiple entry points and reverse flows. Of course, an extended deal on energy trade within the Transatlantic Trade and Investment Partnership Agreement – the TTIP, would allow consumers to benefit from the deep discontinuities in price between the American and European markets, and it would allow the EU to build up its long-standing economic partnership with the US.

[Tweet "The European policy-makers should ensure that proposed legislation remains stable and predictable"](CD): During the event in Brussels, you mentioned that the “EU needs more market”. How can EU Institutions support the market in order to reach targets in terms of energy efficiency and the other goals?

(AV): The European policy-makers should ensure that proposed legislation remains stable and predictable in order to allow project promoters to apply their long-term investment plans. Further on, the EU can develop new financing mechanisms based on the Connecting Europe's Project Bonds Initiative, in order to attract the huge available capital which lies with institutional investors. Commissioner Miguel Arias Cañete, has already presented at the Energy Conference on Monday (17th of November), and at the Gas Week Conference on Tuesday (18th of November), the main points of Juncker´s (immediate) investment plan with a clear commitment to include energy infrastructure investment among its key priorities. I would say this is excellent news for the energy market as a whole, but it also represents a ‘kick-start’ for the planned Energy Union.

(CD): Mr. Jerzy Buzek speaks about “more Europe in the energy sector”. What does that mean to you as an MEP?

(AV): I would agree with Mr. Buzek and add that more Europe in the energy sector is actually a Europe in need for more market. More Europe can happen if landlocked countries, the Baltic nations and Central Eastern Europe, as well as our Eastern neighbours, have the physical choice of buying gas from Africa which arrives at an LNG terminal in Spain or the Netherlands, or if they choose to continue to get a part of their supplies through the existing pipelines. This would put all Member States in a position to get the best wholesale prices and the best services, and this would make Europe stronger on the international scene.

(CD): According to you, what mix of investments could bring about the security of supply, sustainability and competitiveness of the energy sector?

(AV): Of course, the private ones, as they always follow the best and most mature projects. We cannot afford to pick the winners for the simple reason that those projects will be much more expensive for our consumers. As I said, we should ensure that we are attractive enough to the private money. A European Long-Term Investment Fund co-sponsored by private investors, the European Investment Bank and national governments can provide the momentum for restarting investment in our grids.

(CD): Mr. Maroš Šefčovič explained what an Energy Union means for him. What’s your vision, and what should be the pillars of this Energy Union?

(AV): The Market, Diversification of Supply Sources, and Interconnections.

(AV): Romania has to follow the new financing mechanisms if it wants to be a winner in today's European energy supply transition. We have to re-define our vision and need to start looking at energy as a market asset at all levels, be it production or transmission. All our priority projects need to be re-focused on building a regional market, which is connected to the world’s supply markets, with outflows directed at the best returns, and inflows selected by the lowest prices.

Even more important for Romania is to start working towards establishing a Regional Energy Council based on the model of the Vişegrad Countries V4 Initiative. This Council should streamline political and energy market co-operation and facilitate joint decisions on essential gas infrastructure investment in the region. Knowledge and information could be developed jointly on issues such as energy storage facilities, and tendering processes for LNG and interconnectors. At the industry level, transmission system operator (TSO) cross-border co-operation could be strengthened to take into account regulatory impacts on the region.

Infrastructure financing in the region could also be kick-started by the build-up of a Regional Infrastructure Investment Fund. For Romania, this would allow private investment, as well as EIB guaranteed financial instruments, to be attracted and channelled towards our market. It would also be a first step towards emerging as a regional energy hub.

I will conclude by expressing my belief that this European energy transition could be steered by Romania towards securing its energy independence and long-term competitiveness, provided that we make the smart choices offered by global trade and private investment.