The European steel sector in a crisis: from ambition to absurdity in the labyrinth of reforms 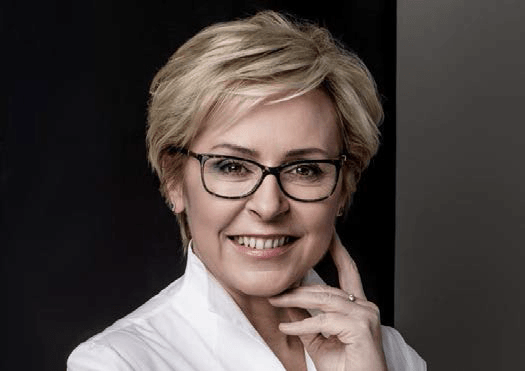 The reform of the EU Emissions Trading Scheme (ETS), which is to take place in the next decade, will mean only a deepening of the current problems for the steel sector throughout the European Union.

"Ambitious" is a special word for the European Union’s climate policy. Not only due to its declension in the EU’s documents, but also, because it usually stands for "unrealistic". For over 20 years, the EU concept to create the most environmentally-friendly economy in the world has not changed, and assumes that building its position will be based on more and more abstract goals to reduce carbon dioxide emissions. The EU does not see that the global climate summit in Paris restored the two-pillar format, which is the only scientifically legitimate, way of thinking about the protection of the atmosphere. In Paris, it was agreed that the necessary actions would involve both the reduction of emissions, as well as the natural absorption of CO2. Meanwhile, the EU's climate policy obsessively focuses on solutions of the first group. As a result, the pace at which the EU is running for the title of ‘green leader’ turns out to be truly lethal, and European industry becomes its main victim.

The European producers operating in the energy-intensive industries have long since come to terms with the idea that the increase in costs, associated with restrictive climate policy, will not allow them to become global leaders in this industry. The data leaves no illusions: between 1995 and 2015, industrialisation shifted from Europe to the United States and Asia, whilst global emissions increased during this period by one-third. When strict environmental requirements are paired with difficult market conditions, the situation becomes dramatic. Recent news from the UK mentions closing steel mills which provided 15,000 work places. It is impossible not to draw conclusions from these events. In comparison, the whole of the Polish steel industry directly employs 22,000 people, and one job in the steel industry creates another 5 in related sectors, such as mining, transport, and the coke industry. In Poland, this translates into a further 100,000 jobs.

The reasons for the decision to close steel mills in the UK have never been a secret: these are over-production and high imports of Chinese steel, as well as the costs of climate policy and high energy prices. Meanwhile, the European Union, as always in the case of complex economic phenomena, perceives the entire situation in the most typical way - unilaterally. During the last meeting of the European Parliament, Jean-Claude Juncker assured everyone that he recognises the serious problems faced by the European steel industry, but simultaneously, he pointed at the aggressive pricing policies of China as the main causes of this situation. In the face of such policies, the steel sector is rather powerless, and granting China the status of a market economy - which Beijing has been seeking for a long time - would only further deepen this crisis. In practice, such a decision would relieve the European Commission of its right to impose higher tariffs on Chinese goods, whereas 80% of current European anti-dumping actions are taken against China. Previously, even photovoltaic panels that are used for the production of green energy across the EU, were covered by one of these proceedings. The irony is the fact that during production of these PV panels in China, emissions are twice as high as in European factories.

It is surprising that the EU is still not ready to openly admit that ideas have consequences, and the fight against global warming is not a glorious exception among them. Representatives of the European Commission in public statements selectively present the effects of climate policy, denying at every juncture that the competitiveness of the EU economy is weakened. At the same time, in the recent communication of the European Commission, we read that one of the reasons for the price advantage of steel products imported from China, is the "less ambitious climate policy of some countries outside the EU." It is also worth noting that calling China a country with "not a particularly ambitious" approach to environmental protection, is an understatement with regard to it being the largest CO2 producer in the world, and the main ‘brakeman’ of a global climate agreement. Without a real, and not specifically declared, reduction of carbon emissions, China’s shameful position will not change.

The reform of the EU Emissions Trading Scheme (ETS), which is to take place in the next decade, will mean only a deepening of the current problems for the steel sector throughout the European Union. Its’ assumptions are terribly simple - Europe, in spite of the worldwide agreement, intends to combat global warming only by reducing emissions. To make matters worse, it hangs the bar higher and higher, closing its’ eyes to the fact that it is technologically impossible to reach it, and that global meaningfulness is declining – today, the EU is responsible for approx. 10% of global emissions, and in 2030, it will be less than 5%. The number of allowances allocated free of charge continues to decline, and in the next decade, the pace of reduction will increase. The only solution for manufacturers is to purchase additional allowances, the prices of which, are also not free from interference. While the EU Court of Justice does not accede to the complaint of the Polish government regarding the decision to establish a market stability reserve, at the beginning of 2019 - even during the current stage of the settlement - the price of permits will be artificially raised by withdrawing some of them from the market. The year, 2021, is set to introduce further restrictions. Sectors at risk of carbon leakage outside the Union - that is, among others, the steel sector - are to receive free allowances by reference to the results of some of the most efficient installations (ie. system of benchmarking). Their emissions are generally lower than the EU average, and thus, do not reflect the capabilities of the entire sector. Even a cursory analysis, shows that the regulatory system of the EU's climate policy is ‘byzantine’. Its consequences have a real financial dimension. The entry into force of the proposal in its present form, will lead to the steel industry receiving 40% less emissions permits by the end of 2030. The sum of all direct and indirect costs this sector will have to bear across the continent, reaches 34 billion euros.

Combining the effect with the cause

With regard to the crisis that affects the EU steel sector, the European Commission sees all the elements separately, and avoids a clear cause and effect link. Does it see the weakening condition of the EU economy, to which climate policy, imposed on industry over many years, has contributed? Does it consider China as a reliable partner in the fight against climate change? Are the emissions from the production process, important enough for the EU to include it in the shaping of future trade relations with the largest producers of carbon dioxide in the world? The gap in the positions of the Commission, observed in a number of examples, is becoming increasingly alarming. In early April, I made a formal inquiry on these matters to the Commission.

Without reflection on the consequences of actions taken, the European Union runs the risk that its’ climate policy, instead of being regarded as ‘ambitious’, will be referred to as ‘absurd’. The only question is whether or not it is too late...

Jadwiga Wisniewska is a Member of the European Parliament, where she is a member of ENVI dealing with environmental issues in the European Union.