Infrastructure is central to all of our energy objectives 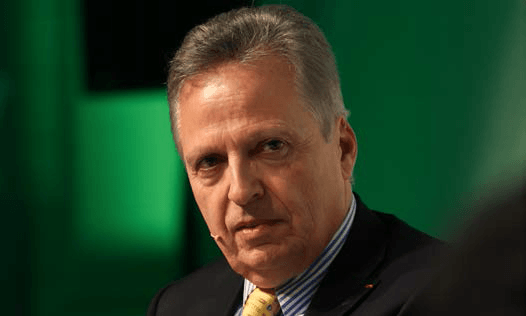 “The development of infrastructure networks is essential to complete European integration and in particular to better connect economies of Central Europe with the rest of the European Union,” Dominique Ristori, Director General at the European Commission, DG Energy, wrote in an exclusive message to CEEP members."

One of the priorities of the Juncker Commission is the creation of a resilient European Energy Union with a forward looking climate change policy. In February 2015 the European Commission presented the Energy Union Strategy with a full list of actions to be taken over the next five years. The fundamental goal of the Energy Union is to ensure that the EU consumers - businesses and citizens – will have access to secure, sustainable, competitive and affordable energy.

Infrastructure is central to all of our energy objectives. This is the case for energy security, or to provide affordable energy to all or to meet our renewable energy targets. That is why modern energy infrastructure and interconnections are a key element of this strategy.

To upgrade Europe's infrastructure, it has been estimated that around €200 billion is needed during the current decade for transmission grids and gas pipelines. Not all investments are commercially viable however and the market alone is likely to only provide half of the necessary investment.

The development of infrastructure networks is essential to complete European integration and in particular to better connect economies of Central Europe with the rest of the European Union. The large scale infrastructure projects needed in Europe can only be achieved through better cross-border cooperation.

To implement the Energy Union, it will be essential to ensure that action at EU, regional and national level is cohesive and defined with common objectives in mind. Enhanced regional cooperation between Member States will also be important for achieving the objectives of the Energy Union as highlighted in the Energy Security Package adopted on 16 February.

More interconnections are still needed in specific regions. There are several actions at European level to address the infrastructure challenge. The second list of Projects of Common Interest (PCIs) adopted in November 2015 sets out those projects that are urgently needed to achieve our energy policy targets[1]. Many of these PCIs are of direct relevance to enhancing energy security in Central and Eastern Europe.

These projects will enable the gradual build-up of the Energy Union by integrating the energy markets and diversifying the energy sources. PCIs benefit from accelerated permitting procedures and improved regulatory conditions and may also be eligible for financial support from the Connecting Europe Facility (CEF). They will also begin to see benefits from the instruments developed under the European Fund for Strategic Investments in 2016.

In such a process, involvement of relevant stakeholders is also important. CEEP is well placed to provide detailed analyses on how industrial consumers see the bottlenecks in infrastructure development, in particular concerning project and financial engineering, and the possibility of investment project pooling at a regional scale.