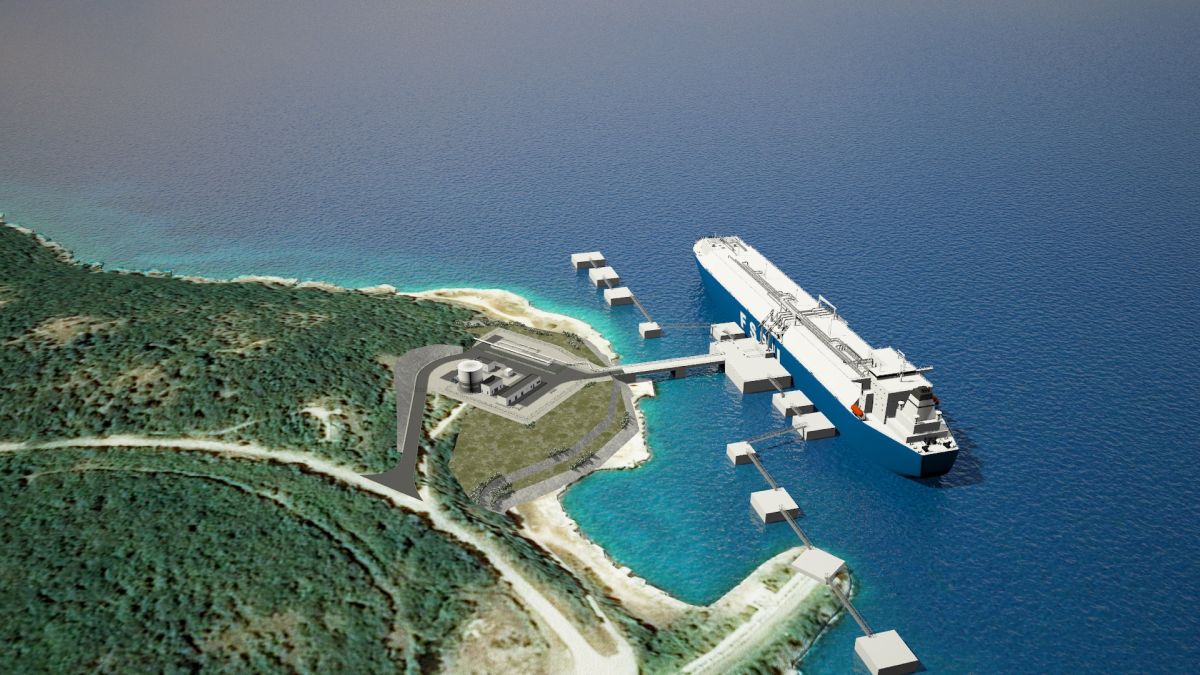 Croatia’s floating liquefied natural gas (LNG) terminal on the Adriatic island of Krk will start operating on Jan. 1, 2021, having its full capacity booked for the next few years.

The capacity of the Krk LNG terminal is 2.6 billion cubic metres (bcm) of gas per year.

According to LNG Croatia, the company which runs the project, the terminal capacities have been sold out until October 2023, while for the following four years, until October 2027, the capacity of some 2.1 bcm of gas annually has already been locked in.

The companies that booked the capacities include Powerglobe Qatar LLC, Hungary’s state-owned energy group MVM, the Croatian unit of Swiss-based MET Holding, which is involved in energy trading in central and eastern Europe, and two Croatian energy firms INA and HEP.

The KrK LNG project has been included in the lists of European Projects of Common Interest (PCI) since 2013, given that the terminal will deliver gas to the Croatian national transmission network, connected with Slovenia, Italy and Hungary, as well as with other EU countries via non-EU Member States such as Serbia and Montenegro.