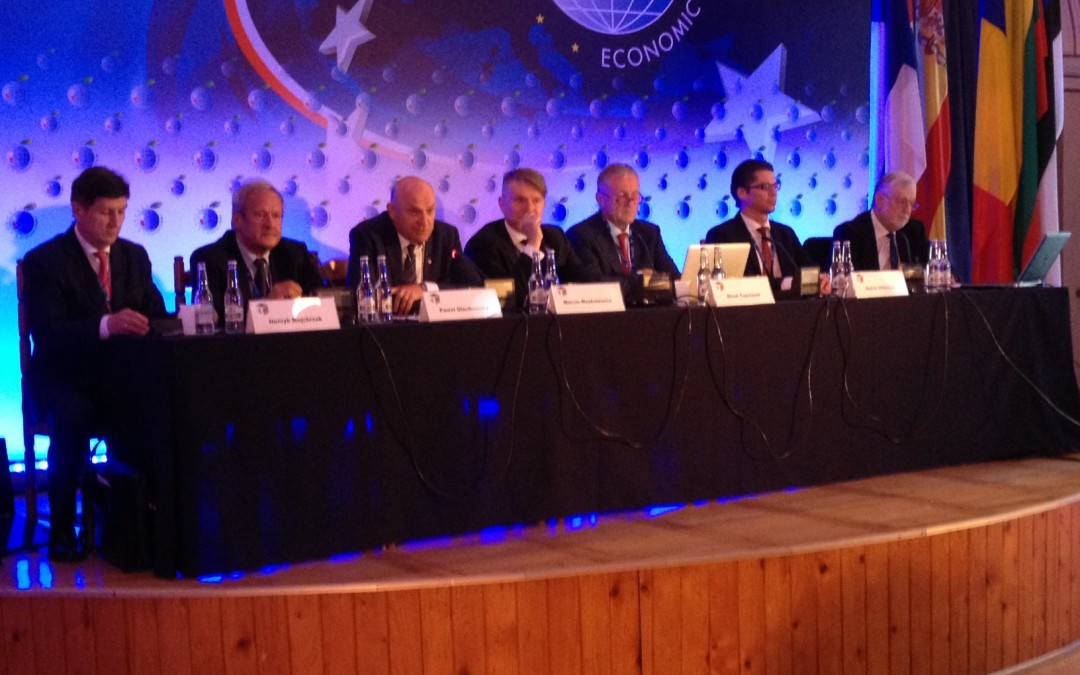 The North–South Corridor is the key enabler for completing the European integration process. The report by Roland Berger Strategy Consultants presents the enormous political, economic and social benefits that this energy infrastructure would bring to the whole continent. For this to happen, a “piece-by-piece” approach, with preferred access to funding and constant dialogue with national regulators, governments and the European Union institutions, is indispensable.

The report, titled “Making it happen. Paving the way for the Central European North–South Infrastructure Corridor”, was presented at the Economic Forum in Krynica, Poland. Its authors and contributors underlined that realising key components of the Corridor before the end of the decade should be a joint commitment of the European Commission, national governments, and transmission system operators, as well as supporting financiers. “The report shows a roadmap with an outlook on the key building blocks required for this joint undertaking. It also paints a realistic picture of commercial financing options and private-sector involvement. We believe the Corridor should be realised piece-by-piece, as supply and demand develop in relevant markets. This would allow some projects to be built on a market-based business case and financed through national operators, using established funding and financing instruments,” Paweł Olechnowicz, Chairman of the Board of Directors of CEEP, declared.

Parts of the Corridor will not be feasible through purely market-based mechanisms. In such cases, preferred access to funding from public budgets is required. “In this context, dialogue is needed between national regulators and transmission system operators, in order to create favourable regulatory environments, prioritise Corridor projects, and find financial leeway to make them happen without delay. We recommend establishing a regional Corridor co-ordination platform that would support project development, financing and technical planning, and facilitate the realisation of projects that are critical for security of supply, but feature a less favourable business case, and thus require public support to bridge the financing gap. Tackling political, regulatory, and financial roadblocks in an integrated manner can pave the way for completing the Corridor as a whole, within the next ten to fifteen years,” Heiko Ammermann, Senior Partner at Roland Berger Strategy Consultants, explained.

The North–South Corridor comprises a set of interrelated energy infrastructure projects, which would connect Central European markets, both with each other, and with the Western part of the continent. In terms of gas, the Corridor would establish a transmission network of pipelines and interconnectors from the Baltic to the Adriatic Sea. In the same region, it would also extend the existing oil pipelines and establish a new link, enabling the transport of crude oil, via the Baltic and the Adriatic Seas to every country in Central Europe. As for the electricity sector, the Corridor would implement high-voltage transmission lines to connect the energy islands of the Baltic States with other countries, including Poland. The resulting infrastructure would form the backbone of Central Europe’s energy infrastructure and further enhance the region’s energy security. This would benefit the European Union as a whole, making it more competitive, strengthening its industrial base, and improving the ability to co-ordinate policies and politics.

The debate on the North–South Corridor in Krynica was organised by Central Europe Energy Partners (CEEP), which contributed to the report, together with Grupa LOTOS.