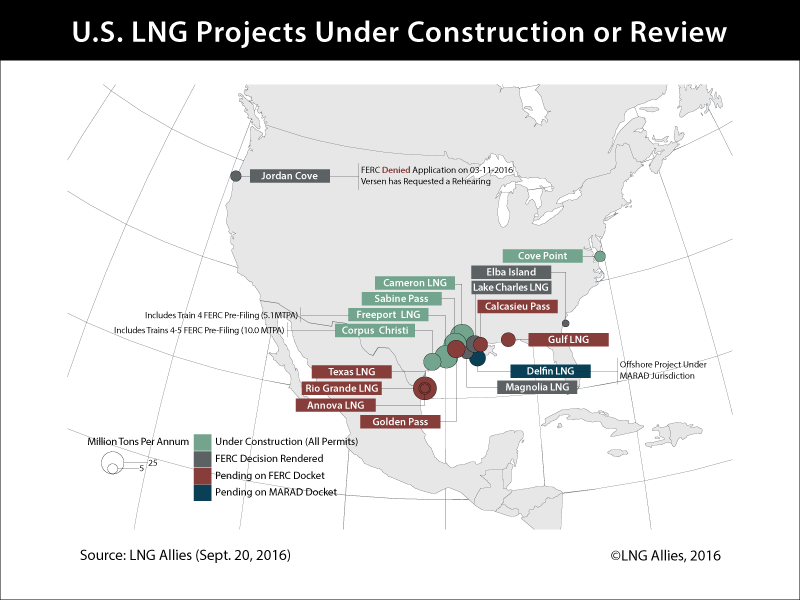 The United States joined the ranks of natural gas exporting nations in February 2016, when cargoes of liquefied natural gas (LNG) began to be shipped from Cheniere Energy’s Sabine Pass liquefaction project in south-western Louisiana. The first liquefaction ’train’ at Sabine Pass (Train 1) has continued to operate since then, with 20 cargoes loaded, as of July the 31st. Since that date, LNG from Sabine Pass has been exported to 10 nations in four global regions, with most cargoes heading to South America (See Charts 1 and 2).  Over the next three years, the volume of LNG produced in the United States, will grow dramatically, as 13 additional liquefaction trains come online at the five U.S. projects already under construction. Here’s a project-by-project breakdown: