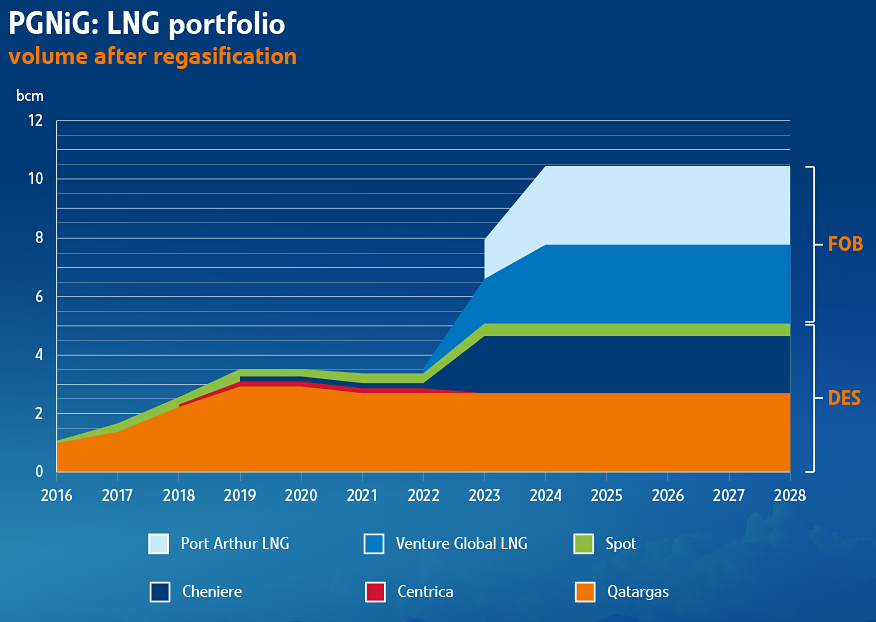 Poland has received 50 deliveries of LNG cargos with a total volume of 5.7 bcm after regasification, since 2016. Overall, 37 cargoes arrived from Qatar as part of a long-term contract with Qatargas, 9 spot deliveries – from Norway, the USA and Qatar, and one delivery under a medium-term contract with Centrica. The terminal in Świnoujście has the highest annual utilization rate among all 22 onshore LNG regasification terminals in Europe which stands at about 60%. It is followed by Zeebrugge terminal in Belgium which uses about 40% of its capacity.

Poland aims to take advantage from the growing global energy market and in the long-term it plans to increase the share of LNG within imported volume of gas up to 10 bcm per year. Combined with the construction of the Baltic Pipe allowing to import gas from Norwegian deposits (10 bcm per year), it would considerably improve diversification of gas supply to Central and Eastern Europe thanks to North South Gas Corridor.