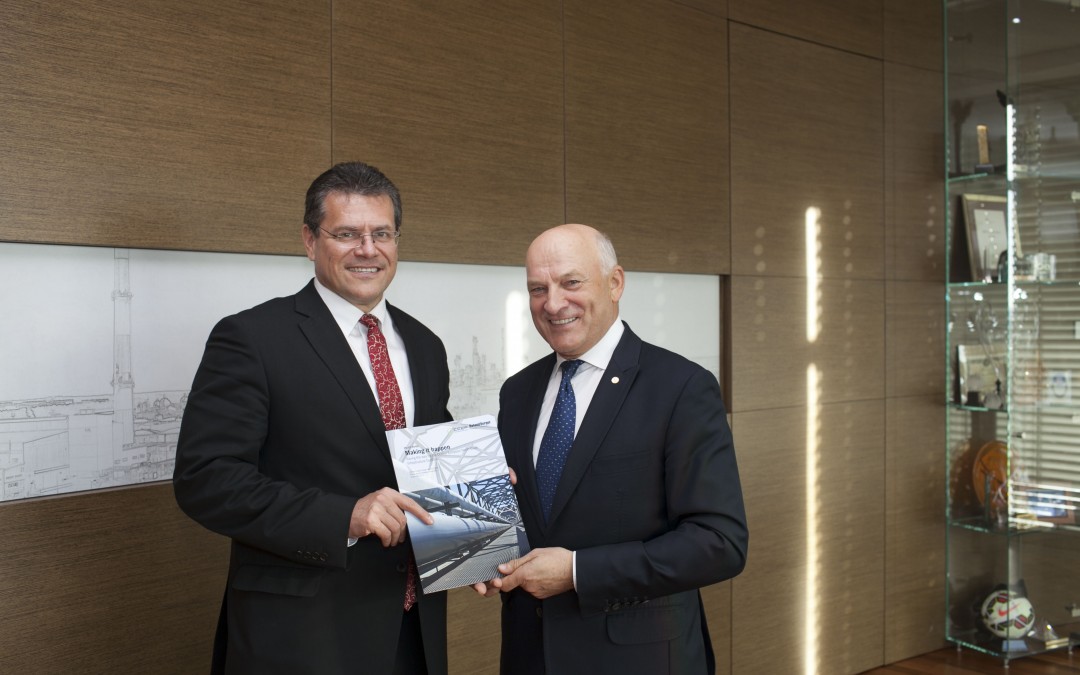 Improving competitiveness of the European refinery sector, paving the way for the North–South Corridor, and providing the continent with more gas supply options. These were the main topics of discussion between Maroš Šefčovič, Vice-President of the European Commission, in charge of Energy Union, and Paweł Olechnowicz, Chairman of the Board of Directors of Central Europe Energy Partners (CEEP).

The meeting, which took place at the LOTOS refinery in Gdańsk, Poland, served as an occasion to tackle Central Europe’s most significant challenges in the field of energy. One of them is the relocation of EU refining capacity to unregulated regions, with lower energy costs and softer emissions regulations. Paweł Olechnowicz underlined that Europe needs a healthy domestic refining sector, especially in an era of geopolitical upheaval. “Improving competitiveness of the European refinery sector is crucial not only to hold back capacity decline and loss of thousands of direct and indirect jobs in the EU. It is also detrimental to the global environment as the manufacturing of oil products in the EU refineries is, on average, considerably less carbon intensive, when compared with the rest of the world. To face that challenge, we believe the refinery industry should receive 100% of the CO2 allowances until 2030, so that it can face international competition from regions where ETS is not applied,” Paweł Olechnowicz stressed.

Legislation supporting competitiveness of the energy sector should be accompanied by investments in infrastructure and actions aimed at providing Europe with more supply options. In this context, Maroš Šefčovič emphasised the role of the North–South Corridor, whose aim is to connect Central European energy markets, both with each other, and with the Western part of the continent. He agreed that the North–South Corridor is the key enabler for completing the European integration process. “We want to keep industry in Europe, facilitate its development and increase competitiveness. This applies also to the whole energy sector, including oil, gas and electricity. We are aware of the need to foster investments in these fields, and EU regulations have definitely an impact on that. We will work hard to make sure the European industry has proper conditions to grow,” Maroš Šefčovič asserted.

CEEP has recently launched a report presenting the enormous political, economic and social benefits that the North–South Corridor would bring to the whole of Europe. On September 29, 2015, this paper was discussed in Washington, DC, by presidents, prime ministers and foreign ministers of Austria, Bulgaria, Croatia, Czech Republic, Estonia, Hungary, Latvia, Lithuania, Slovakia, Slovenia, Poland and Romania. In November this year, also in Washington, DC, further supply options in terms of gas will be discussed during the US–Europe LNG Roundtable II. This high-level meeting is co-organised by CEEP.