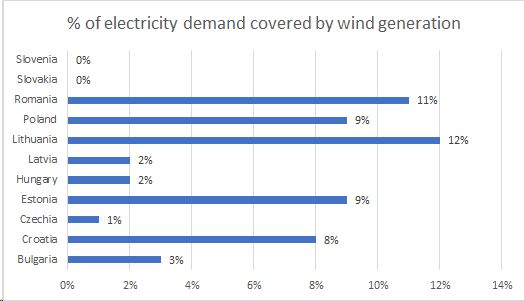 A further of new wind farms reached Final Investment Decision: 10.1 GW in onshore and 1.4 GW in offshore wind. The new investments were worth 19 bn EUR a 24% drop on 2018. Around 15 GW of new wind farms were awarded in Government auctions and tenders.

Last year 11 countries held renewable energy auctions in which wind energy won, and the total new wind volumes secured were 15.4 GW. Onshore wind secured 8.6 GW and offshore 6.8 GW. It is hard to compare auction results between different countries due to differences between support mechanisms and their length, as well as the maturity of markets, and conditions surrounding the auctions such as cost of capital (WACC), permitting and other sources of revenue or risks for developers. 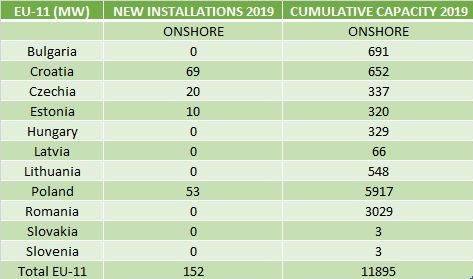 Nevertheless, several auction results were notable, among them in Central Europe:

In monetary terms investments were at their lowest since 2013. The 6 bn EUR in offshore wind energy investments (€5.5bn for bottom-fix and €0.5bn for floating) was the lowest amount in the last 6 years. However, onshore investments were solid at €13bn. Cost reductions across the industry’s value chain and increased industry competition have made it possible for investors to finance more capacity for less cash 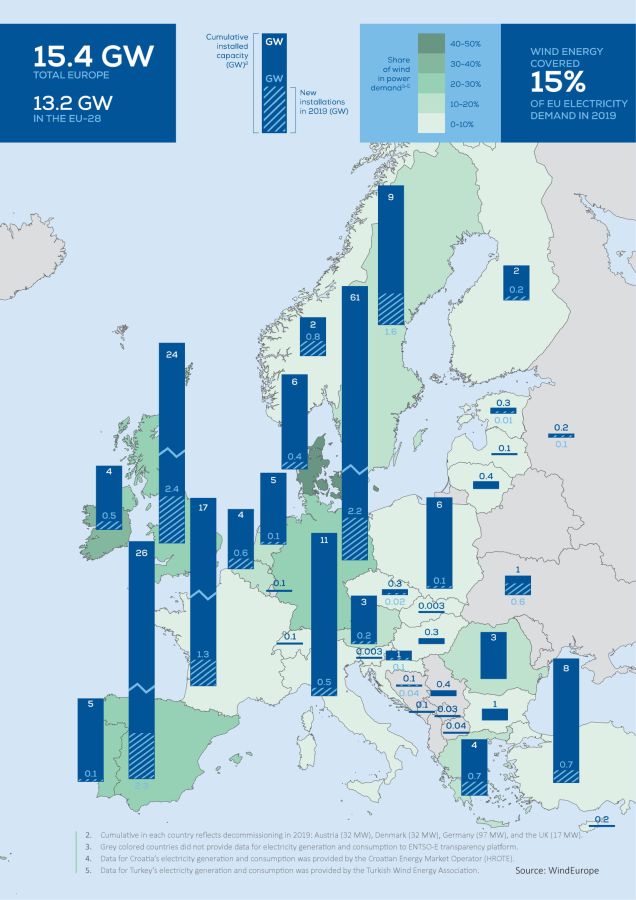