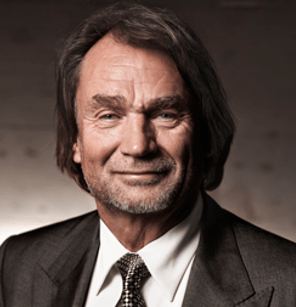 Vice-Chairman of the Board of Directors

Mr. Kulczyk is the Chairman of the Board of Directors at Kulczyk Investments, and he is a Polish entrepreneur with operations in over thirty countries, across four continents, in the sectors of oil and gas, energy, mineral resources, infrastructure and real estate. Jan Kulczyk plays an active role in the transformation of the Polish economy and has participated in some of the largest privatisation processes and shareholding restructurings, as well as successfully completing major Public-Private-Partnership projects.

He is a co-founder of the Polish Business Roundtable and has been an Honorary Chairman of the German–Polish Chamber of Commerce, as well as Chairman of the Polish-Ukrainian Chamber of Commerce. He is the founder and a member of the EU-Ukraine Commercial Council, which is headquartered in Brussels. Since July 2006, he has been a member of the Board of Directors of Green Cross International and, in October 2007, was appointed its Chairman.

In 2010, he founded the Central and Eastern Europe Development Institute, a think-tank promoting the achievements of the new EU Member States. He is also a member of the Atlantic Council International Advisory Board.

Mr. Kulczyk has been decorated with the Polonia Restituta Order and the Golden Medal of Saint Paul’s Fathers for special contributions to the Jasna Góra Monastery. He is also a holder of the prestigious Kisiel Award.