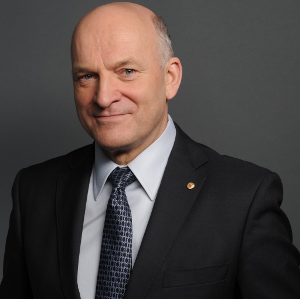 Chairman of the Board of Directors

Mr. Olechnowicz graduated from the AGH University of Science and Technology in Kraków (the Faculty of Technology and Mechanisation of Foundry Engineering), completed a post-graduate course in Organisation, Economics and Industrial Management at Gdańsk University of Technology, acquired a MBA INSEAD at Fontainebleau, and has attended many specialised management training sessions, both in Poland and abroad.

Mr. Olechnowicz has been the President of the Management Board of Grupa LOTOS S.A. since the 12th of March, 2002, and was responsible for all activities within the company.