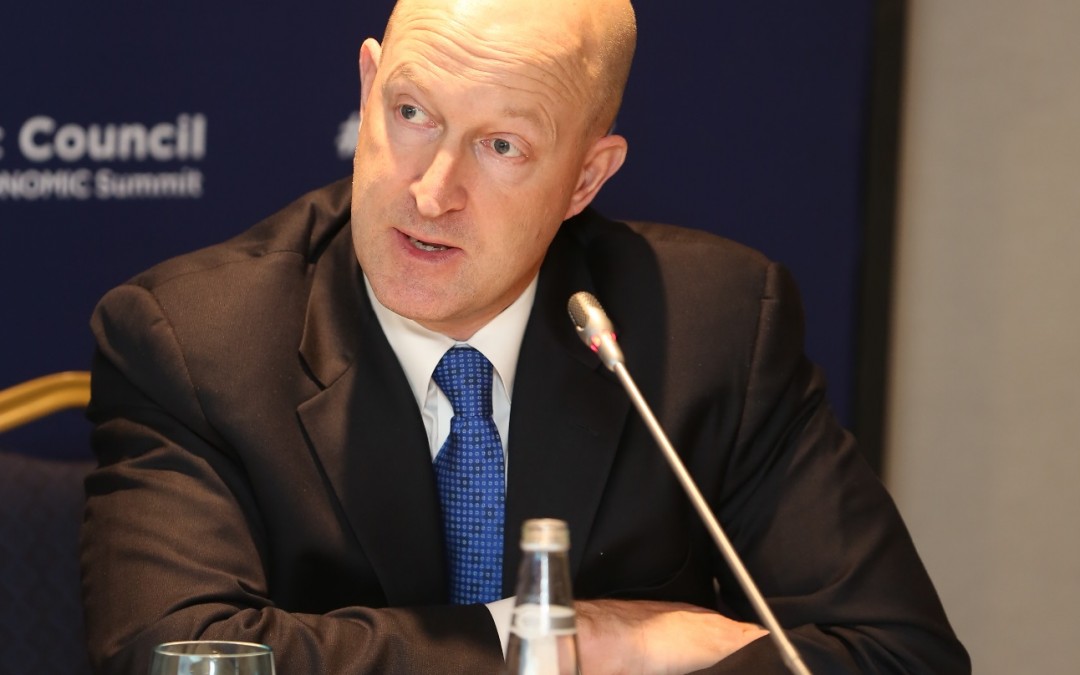 At the end of January, U.S. President Obama and his administration announced an unprecedented initiative to allow oil and gas drilling off the coasts of the mid-Atlantic States. It sets the stage for eventual development of the region’s outer continental shelf and its estimated holdings of some $23-170billion of energy resources.

This is part of a broader package of policies intended to generate a balanced compromise between the demand to further leverage America’s rich oil and gas reserves, and the need to protect the nation’s most pristine environments. This package was rolled out, via two announcements, during the last week of January and calls for opening up new areas to oil and gas prospecting whilst closing off others, including a key wilderness area in Alaska.

On January the 25th, the White House announced that President Obama would propose that Congress designate 12 million of the Arctic National Wildlife Refuge’s (ANWR) and 19 million acres in Alaska, as wilderness. That designation provides the strongest level of federal protection afforded to public lands, and would, in effect, make that territory off-limits to oil and gas development. This would be the largest wilderness designation in the fifty years following the enactment of the Wilderness Act.

Created in 1980 by President Jimmy Carter, ANWR is home to a vast array of wildlife, including caribou, grey wolves, musk, oxen and a number of endangered species. It also holds vast reserves of oil and gas, including some 10.36 billion barrels of undiscovered technically recoverable oil, according to estimates of the U.S. Geological Service. Obama’s proposal to designate ANWR a wilderness was immediately criticised by the Republican leadership of Congress, and particularly its delegation from Alaska, which has fought long and hard to open the refuge to oil and gas development.

Two days after President Obama’s ANWR announcement, Secretary of the Interior, Sally Jewitt, released the Administration’s 2017-2022 Outer Continental Shelf Oil and Gas Leasing Draft Proposed Programme (DPP). That programme would close additional off-shore areas of the Arctic to drilling, but would open up others, as well as additional regions in the Gulf of Mexico. It also proposes allowing oil and gas operations on the outer-continental shelf of the Atlantic Ocean, off the coasts stretching from New Jersey down south to Georgia.

By law, the U.S. Department of Interior is required to develop a five-year schedule of lease sales of territories of the nation’s outer continental shelf. Jewitt’s DPP initiates a discourse with the public and industry over the Department’s plan. It is the first phase of a three-phase process that, over the course of a year, leads to the Final 5-Year Programme. Due to environmental reviews, and other requirements governing oil and gas lease sales, drilling the proposed areas is unlikely to commence after that, for several years.

The DDP also calls for closing portions of the Beaufort and Chuchki Seas to protect maritime wildlife, a setback for the oil and gas industry. The latter also fears that this would establish a precedent of concern to those who seek to drill in other off-shore regions in the United States, whether off the coast of Alaska or in the Gulf of Mexico.

The United States will serve as Chairman of the Arctic Council, an international body that co-ordinates the policies of nations with territories in that region. By closing off these areas of the Beaufort and Chuchki Seas, the White House, some argue, would bolster the credibility of its plans to use its Chairmanship to press for greater environmental protection of the Arctic.

The DPP’s proposal to open the mid-Atlantic Coast to limited off-shore oil and gas operations addresses a region that is less technologically challenging and less undisturbed than the Arctic. The Department of Interior estimates that this area holds 3.3 billion barrels of recoverable oil and 31.3 trillion cubic feet of natural gas. As these figures are based on two-dimensional surveys completed in the 1980s, many energy experts claim that the true reserves may be higher.

The Perils of Comprise

The Obama’s administration’s effort to strike a fair balance between the growing demand for energy and the need to protect sensitive wildlife areas has yielded a sound compromise, but it is one that so far has angered most, and satisfied few. While there are exceptions, the oil industry has focused on fighting the effort to close off areas of the Arctic to drilling, and environmentalists are aghast at the idea of initiating drilling in the Atlantic.

Nonetheless, by setting the stage for additional drilling in the waters of the Arctic and the Gulf of Mexico, and initial drilling in the Atlantic, the DPP underscores a bipartisan commitment in the United States to reinforce the nation’s position as a globally significant producer of oil and gas. Any additional access to reserves and the resulting increase in production, will only add to the growing momentum to liberalise policies governing the international exports of U.S. oil and gas.

Ian Brzeziński is a Senior Fellow at the Atlantic Council. He and David Koranyi, Director of the Council’s Eurasian Energy Futures Initiative, served as Directors of the recent Completing Europe study: ‘From the North-South Corridor to Energy, Transportation, and Telecommunications Union’, a report commissioned by CEEP, and jointly conducted with the Atlantic Council.