Rafał Miland: “Our priority, fostering the integration of the energy sector in Central Europe” 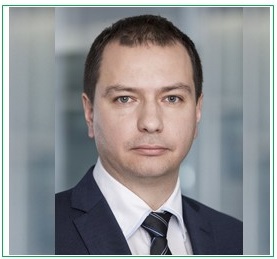 Cristina Dascălu (CD): What are the priorities you will promote in Brussels, as a Vice-President of the Board of Directors of CEEP, and in regard to energy infrastructure in Central Europe?
Rafał Miland (RM): The entire Board of Directors of CEEP and myself, are currently facing a very important challenge - to properly implement the basic objectives behind the foundation of the organisation - namely, fostering the integration processes of the energy sector in Central Europe, within the common policy framework of the European Union, which are rightly associated with ensuring security and diversification of supply within the sector in question.

As the Vice-President of the Board of Directors of CEEP, I would like, in particular, to focus on three matters that are especially close to my heart as Vice-President of the Management Board of PERN S.A. Firstly, the development of storage infrastructure, and, above all, facilities designed for maintaining maximum stocks to improve the resistance of the EU to market fluctuations, as well as interruptions in the supply of crude oil and petrochemical products. Secondly, on the provision of EU assets for the construction of oil infrastructure, and thirdly - on the diversification of supply to improve the EU’s independence and resistance to market disturbances.

CD: From your professional experience, to what extent is energy policy shaping our future energy system?
RM: In my professional career, up till now, whether in Ministries or companies, I frequently observed the significant influence exerted by energy policy upon the future of our power system. The assumptions underlying energy policy, legal regulations, and financial support to selected areas, are of decisive importance, for example, to raw materials used in energy generation (energy-mix), and the development of new energy sources. It also bears an impact upon the living conditions of EU citizens, apart from the economic competitiveness of EU Member States.

CD: What is your most recent ‘hands-on’ project that has its origins in the EU’s regulatory policy?
[Tweet "PERN SA is a guarantor of security of supply, to both Polish and German clients"]RM: The best example of such a project would be the most recent investment project implemented by PERN - the Oil Terminal in Gdańsk - which has been included in the list of Projects of Common Interest (Project PCI 9.1.). It is the first complete maritime hub built on the Polish coast of the Baltic Sea, a facility of extreme importance to national energy security, within the scope of crude oil supply.

The project was completed in a record time of 25 months, in keeping with the planned budget. The Terminal contains six tanks with the capacity of 62.5 thousand cubic metres each, external and internal crude oil pipelines, a sewage treatment plant, crude oil and firefighting pumping stations (with four water tanks with the capacity of 2.5 thousand cubic metres each), and full infrastructure, including roadways, sewage network, and a power grid. This was all built in keeping with the highest EU standards. It is the first such facility on the Polish coast of the Baltic Sea, situated within the Free Customs Area. The investment project was implemented 100 per cent, by Polish construction companies. At present, it is being fully utilised, and contributes, significantly, to the improvement of Poland's energy security and flexibility, along with its diversification of supply.

Of considerable importance to PERN, is also Directive 2009/119/EC, regarding the obligation, on the part of Member States, to maintain minimum stocks of crude oil and/or petroleum products. A considerable part of the minimum stocks stored in Poland, are by GK PERN companies – crude oil in the case of PERN S.A., - and fuels in the case of OLPP Sp. z o.o. PERN continues to work on the further development of storage capacities, that will be used in the future, and will also continue to maintain minimum stocks.

CD: When it comes to oil imports, dependence on Russia has grown from 22% in 2001, to 30% in 2015, in the EU, according to a recent study from Cambridge Econometrics. What are the regional infrastructure needs, and how can the necessary investments be attracted, in order to develop a more resilient Central Europe?
RM: The present logistic infrastructure of PERN allows a full supply of crude oil to Polish refineries, via two independent routes – from Adamowo (the Friendship Pipeline) and via a sea route through Gdańsk. If supply, via one of these routes, should cease, the transport capabilities of the other route will ensure a full supply to refineries. Furthermore, two German refineries are interconnected to PERN’s infrastructure – PCK Schwedt and TRM Leuna, and they may also be supplied via Adamowo, with a supplementary supply, via Gdańsk. Hence, PERN’s infrastructure is prepared for the diversification of supply to our clients, and PERN SA is a guarantor of security of supply, to both Polish and German clients.

To improve flexibility, we have introduced additional services, such as blending, the separation of crude oil grades piped through the network. PERN built the Oil Terminal in Gdańsk (Project PCI 9.1.), and we are still working on further enlargement of our storage capacities, and the enlargement of the pumping stations already in existence.

It is also necessary to note here, our two PCI projects, which are focused on oil infrastructure: the 2nd line of the Pomeranian Section (PERN project), and the Brody-Adamowo pipeline (project implemented by Sarmatia - a company with a 28.79 per cent PERN ownership). These projects will allow crude oil supply from a third direction (the Odessa-Brody pipeline), whilst ensuring fully flexible operation of the PERN system ( 2nd line of the Pomeranian Section - allowing the simultaneous supply of certain clients via the sea route, and other clients - via Adamowo). One must remember, however, that both undertakings require the construction of costly industrial infrastructure, without current guarantees of its full use, which in turn, translates to the risk that the project will not break even. The implementation time of the investment project is another risk, caused by lengthy procedures associated with the acquisition of necessary licences, permits, and land use rights. Simplified investment-related procedures and EU financial support would be of major importance.