Robert Pietryszyn: “Poland is not the biggest CO2 emitter in the EU” 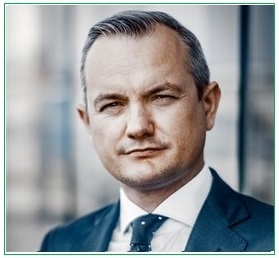 Cristina Dascălu (CD): What are be the priorities you will advocate in Brussels, as Vice- Chairman of the Board of Directors of CEEP, representing the energy-intensive industry?

Robert Pietryszyn: One of the most important drivers for the further development of the EU, and its position with respect to the biggest world economies, i.e. the USA, China, Japan, Russia and India, is competitiveness. In my opinion, increasing it, and witnessing the catch-up between the EU-15 and Central European countries, is one of the main problems of the EU. We can observe that from 2004, up till now, the GDP gap between the two parts of the EU has not got closer, and is even widening, showing the ratio as 3 to 1 (Euro 33.000 for the EU-15, to Euro 11.000 for Central Europe).

Another great problem concerns the different approach to climate issues. In general, Central Europe outpaces the EU15 in terms of climate policy and CO2 decreases. Unfortunately, this is not a commonly known fact. By the way, the EU as a whole, already reached a 20% CO2 decrease in 2013. Again, this fact has not been publicised enough. Why is this? The policy concerning the Emission Trading System (ETS), shows that lower prices for EAU stimulated more investments and technological progress leading to the CO2 decreases in Central Europe, and the whole philosophy concerning backloading and the Market Stability Reserve (MSR), is not necessary at all for EU countries. Central Europe should invest in new technologies and the development of their industries within the frame of the general EU policy. This also means that each country should have its own energymix, and seek to fulfill the EU’s goals.

Poland is frequently criticised for its heavy coal use, but nobody is ready to loudly admit that emissions of CO2 per capita in Poland (7.80) are lower than in such countries as: Belgium (8.70), Germany (9.30), Luxembourg (19.34), Netherlands (9.40), Austria (8.19), Finland (10.07), the Czech Republic (10.40), Estonia (15.14), and Slovenia (8.03). Meanwhile, the Polish initiative to make our planet greener, accepted in the Paris Agreement, has not been supported enough by the EU. All these issues, indeed, have their influence on our industry in the EU, and its competitiveness.

From the business perspective, as I am responsible for managing Grupa LOTOS S.A., a modern and efficient energy company, we should especially take into consideration those aspects of our activities, that are closely related with lowering the prices of energy (electricity and gas), and providing open access to energy sources (gas and oil).

In this respect, the EU and its energy and climate policies, should be well balanced and coherent with the real needs of the EU’s various industrial sectors, bearing especially in mind, the creation of a proper energy market, and legal conditions for its sustainable development. It will benefit EU companies and allow them to be more competitive on the global market.

In conclusion, I think that the EU should integrate the policies and interests of all Member States, and pay special attention to the region of Central Europe, as the EU-11 countries need a different approach than the Western countries, as well as more support. One of the projects that has crucial value for the future of the CE region, and the EU itself, is the North-South Corridor, which, in my opinion, should offer the  opportunity for Central European countries to get the same level of gas prices, as are enjoyed by the EU15.

CD: From your professional experience, to what extent is energy policy shaping our future energy system?

RP: Everybody understands that energy policy is vital for the development of particular countries of the EU, leading to undisturbed supply at affordable prices, and consequential with EU energy security and integration. Specific approaches by particular EU members are more questionable, and that is why the President of Poland, Mr. Andrzej Duda, stated in Dubrovnik, on the 25th of August this year, that “Integration is not an enemy of diversity”.  Therefore, when discussing energy sources, we should take into consideration all possible sources, such as crude oil, gas, coal, renewables, and nuclear energy.

[Tweet "Coal is still the cheapest indigenous source of energy"] With respect to crude oil, Europe is soundly positioned, with good excess to the world oil market, although the Odessa- Brody oil pipeline is still under discussion. As for gas, great progress has been made in the Central European countries, thanks to the North-South Corridor Project, with a readiness to supply gas, via Poland to the South and Ukraine. A new, planned, gas transportation infrastructure, such as the Baltic Pipe, with an extension to Norway, and a pipeline from Lithuania’s Kleipeda to Poland, and the Krk LNG Terminal in Croatia, will enrich already existing possibilities. Coal is still the cheapest indigenous source of energy, and logically, this source should be supported to strengthen the energy security of the EU, whose electricity is based 40% on coal in the EU15, and 60% in Central Europe. This situation can neither be ignored nor changed overnight. Increasing coal efficiency and applying new technologies enables the clean usage of coal, and as I mentioned earlier, Poland is not the biggest CO2 emitter in the EU.

I strongly support RES development, but with respect to each Member State’s energymix and the fulfillment of the EU’s goals. Unfortunately, RES energy is the most expensive. It is commonly known that only this year, RES subsidies in Germany will amount to EUR 31 billion. As Germany has the strongest economy in the EU, it can afford such costs. Central European countries, however, have to calculate their costs in a different way. In my opinion, they will reach their obligations by 2020, applying their own measures, no matter what RES prevails: wind, solar, water, biogas, or others.  The majority of energy and energy-intensive industries in Central Europe support the lowest EUA prices, and oppose any bureaucratic solutions that are contradictory to the free market principle, such as backloading and MSR. Nuclear energy clearly requires special treatment due to its high capex.

CD: What is your most recent hands-on project that has its origins in the EU’s regulatory policy?

RP: The Grupa LOTOS refinery in Gdańsk, is one of the most energy efficient refineries in Central Europe. Grupa LOTOS achieves higher profits, thanks to better refining margins, that can be achieved by applying modern technologies. The EFRA – Effective Refining - Project is, currently, our key technological activity. Implementation of the EFRA Project produces a higher yield of valuable products from each oil barrel processed by our refinery. Heavy residues from the refining process will, therefore, be used more effectively. Thanks to EFRA facilities and modern technologies, Grupa LOTOS will join the technological elite of world’s refineries. We will have an impact on the security of supply of oil products, which is essential to the EU’s security of energy supply, as a whole.

CD: Some refer to oil companies as being part of a “sunset industry” in the long-term. With the energy field being a global challenge, how would you comment on this statement?

RP: Even in the most conservative IEA scenario, oil will remain the world’s main source of energy for transport in 2050, and its applications in other sectors of the economy, such as petrochemicals, is also expected to be maintained.

As for the EU, the forecast is less optimistic, due to the development of alternative fuels and the increase in engine efficiency. I do understand this situation, and even Grupa LOTOS is involved in the car electrification programme in Poland.

Regarding the crude oil industry in the EU, it employs directly about 140, 000 people, gives EUR 23 billion per year added value to the EU economy, and annually provides Member States with approximately EUR 270 billion in tax revenue on fuels sales.

The European refining industry recognises the need for industry and society to use fuels in the most responsible way. It has, therefore, developed maximum efficiency, world-class water and air emissions, and quality product standards. Also, it should be noted that EU refiners are amongst the most efficient and lowest CO2 emitters in the world.

Presenting such data, we can predict that the EU’s oil refining sector will still play an important role in the EU economy for a long time, but it needs to be supported by the EU. The support should come in the form of 100% CO2 free allowances up till 2030, and protection against those refineries from outside the EU, which do not have to observe such stringent regulations,  and sell their products cheaper to the EU market. Otherwise, we should expect further closures of EU refineries, no matter how technologically developed those EU refineries are.