Role of Photovoltaic in the transformation of coal dependent regions 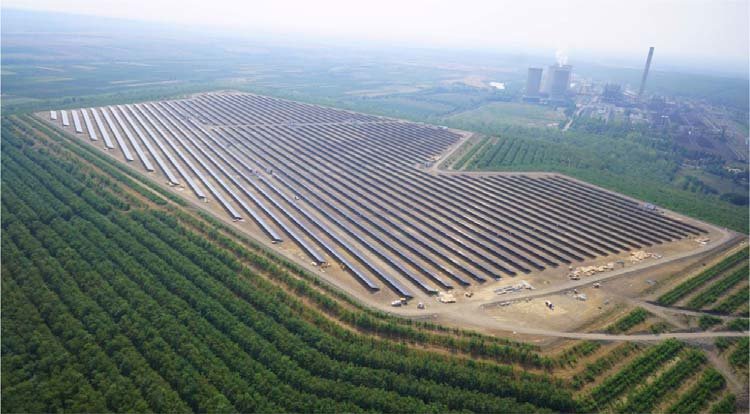 Photovoltaic electricity generation will play a major role in the process of energy transition towards carbon neutral economy in the EU. Factor influencing this process is the sufficient land availability which imply also the potential land use implications of PV roll out. This issues, in the context of coal dependent regions transformation, examines a recently published by Joint Research Centre (JRC) of European Commission report: Solar photovoltaic electricity generation: a lifeline for the European coal regions in transition.

Authors argue that using abandoned open-cast coal mines and their surroundings for the installation of utility-scale solar PV is very advantageous. The utilisation of such degraded land for solar PV system installation would be part of an integrated coalmine reclamation and benefit from relevant funding.  In the case of proximity to a coal power plant, PV installation would take advantage of the grid infrastructure that is already in place as well as existing infrastructure (e.g., access roads, fencing) and trained personnel.

Using reclaimed mine land for solar energy projects is particularly attractive for the mine’s post-closure phase. Mining concession areas are generally larger than the mined area. Moreover, mining operations expand progressively during the operation lifecycle of the mine and portions of the site can thus be used for renewable power production. The deployment of solar PV systems provides an opportunity for an alternative revenue source. Equally important is that obtaining licenses to operate in the mine’s rehabilitated brownfield land may be easier and faster because generally there is no public opposition and no competition with agricultural activities. Abandoned mining sites do not favour traditional commercial or industrial reuse opportunities.

Report includes also the results of the analysis for each coal dependent region in the EU, listing the land area considered available, the power capacity potential and the relevant annual electricity yield if the power potential is fully exploited.

Authors conclude that solar PV systems in mining sites are a viable option to help these regions in their transition from coal as a major source of economic activities by substituting the coal-fired electricity production with renewable-based one. Examples of such a transformation include the 18 MW solar park next to the lignite power plant in Visonta, Hungary. Similar projects are to be implemented in Poland by PGE and Tauron.

Link to the report: