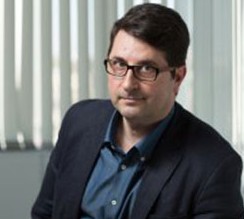 The major trends of 2015’s world energy were largely set in the second half of 2014. Undoubtedly, the stunning oil price plunge that began in June has been the overwhelming development, causing major economic and political effects on a global scale. Significant consequences have already followed, concerning the patterns of energy consumption and the prospects for technology and infrastructure investments, apart from the economic and geopolitical standing of quite a few oil and gas-producing nations.

A driving factor within the energy world is the expectation that a global agreement on binding carbon emission targets will be reached in November, 2015, at the Paris COP21 Conference on climate change. This expectation is driven by goals largely opposed to the current fossil fuel-based global economy. However, energy market trends are affecting the efficacy of climate policies, as the attractiveness of investments in renewable energy sources (RES) and energy efficiency diminishes in a market of cheap and plentiful diesel and gasoline.

A few topics will continue to dominate the Romanian energy policy-making landscape.
The deregulation of natural gas prices, despite the clear and indisputable nature of Bucharest’s international commitments, will likely continue to be subject to political interference. Indeed, the new leadership within the Energy Department decided to postpone until July the 1st, the first step of the price de-regulation schedule for household consumers – a step that was initially set for October the 1st, 2014. Unsurprisingly, the government plans to capitalise on the coming wave of cheaper gas and low household demand in the summer time. It remains to be seen whether the European Commission – which is yet to validate the delay proposed by the government in September, 2014, in the price liberalisation calendar – will agree to yet another change that risks lending an erratic element to the entire process.

The de-regulation of natural gas prices will likely continue to be subject to political interference.
The O&G fiscal regime is yet another piece of unfinished work potentially providing major consequences. Announced as imminent during 2014, a new royalties system was expected to begin on January the 1st, 2015. Instead, the government procrastinated and referred the matter to Parliament. The issue has been hyped in public, mainly through the notion of the government’s take being too small, and accordingly, has been debated in contests of populist politics which have capitalised on the resulting confusion and poor, public information.

There has been widespread belief that the “old” royalties via the 2004 Petroleum Law were due to expire at the end of 2014, yet this notion has rested on confusion about the 10-year stability clause in Petrom’s 2004 privatisation contract. In effect, oil and gas royalties were fixed for 30 years, as per the concession agreements concluded by the title holding companies with the Romanian National Agency for Mineral Resources (ANRM). Therefore, new royalties can only apply to new concession agreements.

Another reason why the issue cannot linger for yet another year is that the ANRM announced its intention to open a new – 11th – tender round for oil and gas perimeters this summer, hence, any new fiscal O&G regime ought to be in place before that date.
Oil and gas companies are generally interested in clarity and predictability in fiscal and regulatory matters, so they are keen to see the royalties matter decided upon and stabilised for at least 20 years.

The fate of RES and their legal support scheme, Law 220/2008, will also need clarification. Since 2013, the number of green certificates bestowed on each RES technology type has been reduced by Government Ordinance, with the difference due to be paid as of April the 1st, 2017. Combined with a drastic price fall of green certificates and the diminished capacity of the National Transport System of electricity to take up growing volumes of intermittent power generation, the future of Romanian RES is uncertain. The problem is only compounded though by a context of low oil and gas prices, in which investments in relatively expensive RES equipment are discouraged. By the same token, costly energy efficiency spending becomes harder to justify economically. Thus, the context does not really favour climate protection actions by means of RES, energy efficiency and capped carbon emissions.

Other than the policy-making sector, some major energy development directions will mostly (though by no means exclusively) depend on geology. Shale gas prospects are a case in point. The results of Chevron’s exploration works in Vaslui county which finished in 2014, will define the future of shale energy in Romania. For Black Sea offshore developments, a final investment decision is expected in 2015, and, once again, deep-water geology will have a major role to play in it.

[Tweet "2015 will be the year of new gas transport projects"]Finally, 2015 will be the year of new gas transport projects, which are to connect at regional level, the Southern Gas Corridor to Central Europe’s North-South Corridor. Domestically, the Black Sea coast will have to be linked to the National Transport System. One such proposal is Transgaz’s Danube Pipeline, meant to link Giurgiu to Arad, and to extend to Tuzla (Constanța county). Another notable concept, Eastring, was proposed by Slovakia’s TSO of Eustream. Eastring endeavours to connect Romania’s Isaccea (Tulcea county) to Medieșu Aurit (Satu-Mare county), and transit 85 km of Western Ukraine to Slovakia’s Velke Kapusany. In any event, one gas transport solution will have to be pinned down in the first months of 2015.

All-in-all, 2015 can be a year of opportunity for Romania, if its regional role is better understood and acted upon.