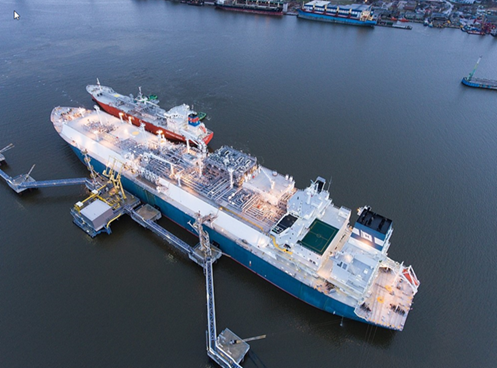 Poland aims to develop the second LNG terminal on its Baltic coast. Polish secretary of state responsible for energy projects, Piotr Naimski, declared that Poland is planning to install a floating storage and regasification unit in Gdańsk capable of handling 4 billion cubic meters of gas, equivalent to 2.8 million tons per annum of LNG. Project was submitted as a candidate of the 4th PCI list. It would be completed before 2025.

Minister Naimski informed that the decision on the FSRU in the Gulf of Gdansk has already been made. It is still necessary to wait for the final investment decision in this matter. Gaz-System will act as an operator of the unit. The decisions are still ongoing on the financial terms of the investment e.g whether to lease or buy the unit.

Once the FSRU and the expanded land-based facility in Swinoujscie are in full swing, Poland’s LNG import capacity will reach 11.5 bcm which will further be supplemented by the Baltic pipe project which will allow, as of 2022, the shipment of gas from the Norwegian part of the North Sea to the Polish and Central European markets. Such import capacity would guarantee necessary level of diversification from the supplies of gas from Eastern direction.