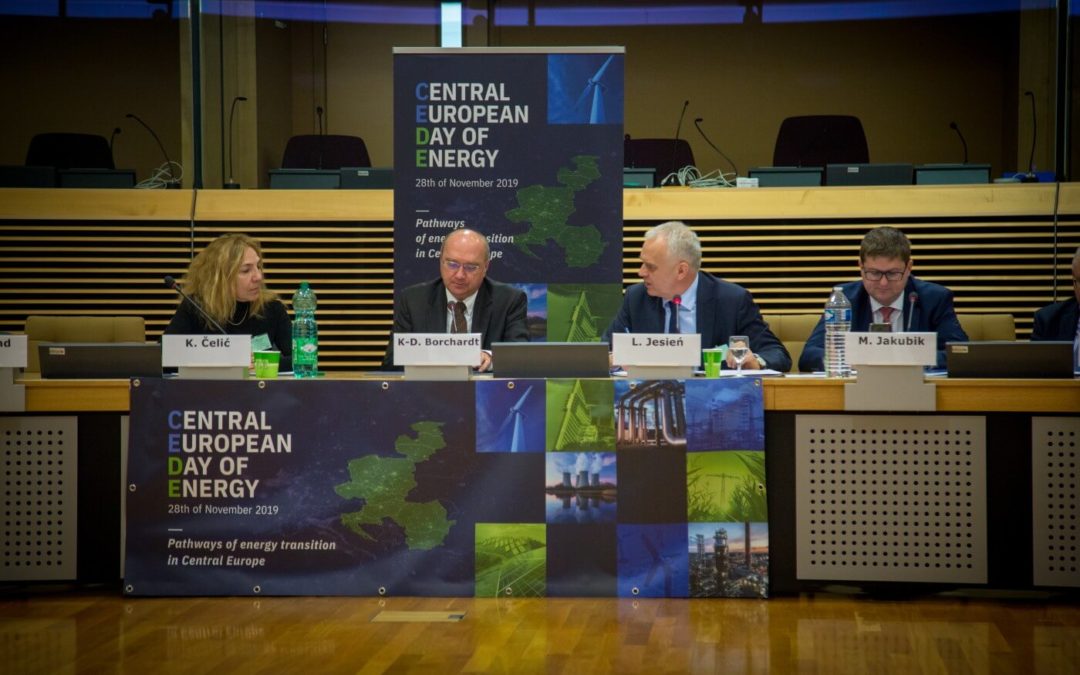 The event was opened by Klaus-Dieter Borchardt, Deputy Director General, DG Energy and Leszek Jesień, Chairman of the Board of Directors of CEEP. The keynote speech was delivered Kristina Čelić, Head of the Sector for Energy Market and Infrastructure, Energy Efficiency and Renewable Energy Sources, Ministry of Environmental Protection and Energy of Croatia.

“Energy transition became the main topic in energy related debates. Each Member State presented its own pathway in the draft National Energy and Climate Plans. European Commission is working closely with Central European governments in assisting them in finding the best way of energy transition. I would like to thank CEEP for bringing together relevant stakeholders and exchange ideas, experience and best practices how to make this transition fair and balanced” commented Klaus-Dieter Borchardt, Deputy Director General, DG Energy.

The two panel debates moderated by DG Energy officials attracted many energy stakeholders from Brussels and from the region. Participants discussed the evolution of energy mixes in particular countries, the hurdles in the RES deployment, the need of implementation of just transition measures as well as the ways how to finance energy transition in using EU funds and the private financing sources.

“Energy transition pathways in Central Europe vary from one country to another depending on the energy-mix, local natural resources and financial capabilities. The EU-11 countries share some similar features, however, they base the transition pathways on their own specificities and legacies. Therefore, one should be very vigilant when establishing the transformation directions and policies, as well as using the same solutions for every country”, said the Chairman of the Board of Directors of CEEP, Leszek Jesień.

One of the conclusions from the event is the fact that the energy transition in Central Europe would generate more costs due to the greater use of fossil fuels and more belated transformation of energy systems. These challenges could provoke a surge in energy prices and thus slow down economic development while also impeding social acceptance for climate policies.

“Negotiations on the EU’s long-term strategy, climate neutrality, and future MFF are ongoing. What will be their outcome depends on various factors, but policymakers should remember that the policies they are implementing should be responsible and accurate. Only a comprehensive approach towards challenges of the energy transition, encompassing both consumers and producers, can bring tangible effects and halt the rise of energy prices which will be harmful to the EU as a whole.”, stressed Maciej Jakubik, Director of CEEP.

During the event CEEP presented a paper, which describes the dynamics of energy transition in Central Europe. Its main recommendation is that due to the high costs of the transition, the special Just Energy Transition Fund with the budget of minimum EUR 25 bn should be established which would support investments in the low carbon technologies as well as citizens in regions most affected by decarbonisation. The JET Fund should be a fixed element of the MFF, beyond the currently discussed one (2021-2027), and should become a fundamental fund for the implementation of EU policies.