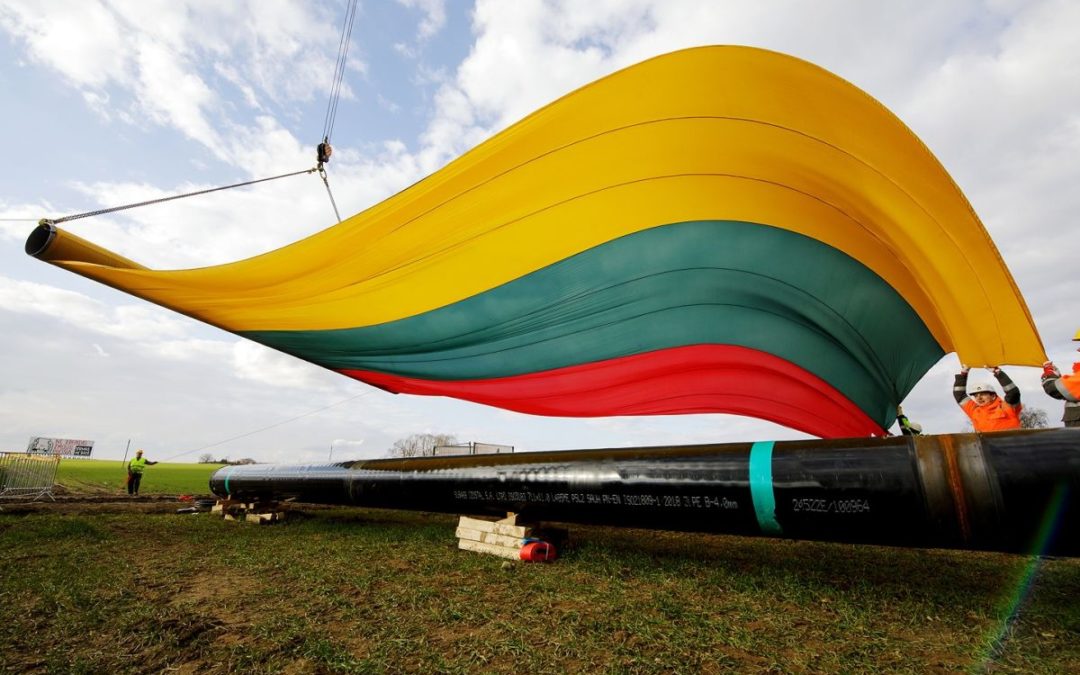 With the 30th anniversary of restitution of independence of Lithuania approaching, the three-colour state flag of 13 meter width and 23 meter length was hoisted above one of the most important energy projects of recent time – the gas interconnection between Lithuania and Poland under construction. The state flag of Lithuania sized 300 square meters is flying behind Elektrėnai, next to the new international gas pipeline under construction which will interconnect the Baltic and Finnish gas markets with Western Europe.

To ensure timely implementation of the project of the gas interconnection Lithuania and Poland, during the first six working weeks, the first kilometres of the gas pipeline have been welded. Two thirds or 100 km of the total gas pipeline route have already been marked, machinery and equipment needed for works have been efficiently mobilised.

Preparations have been launched for complex horizontal directed drilling under the largest rivers of Lithuania – the Neris and the Nemunas - when laying gas pipeline sections under the rivers. In January - February, foreign manufacturers were ordered to manufacture the main technical elements of the gas pipeline: valves, control device activation-acceptance cameras and other materials of long manufacturing time needed for gas pipeline construction.

The first pipes for the GIPL gas pipeline construction were brought from Poland in early January. They are stored in the specially installed grounds. Throughout the planned route of the gas pipeline, 10 grounds will be installed.

The gas interconnection to be completed by the end of 2021 will provide capacities enabling transportation of up to 27 terawatts hours (TWh) natural gas per year towards the Baltic States, up to 21 TWh per year towards Poland, while the Baltic gas markets will become a part of the common EU gas market.