CEEP: We are preparing the ground for the US—European gas partnership 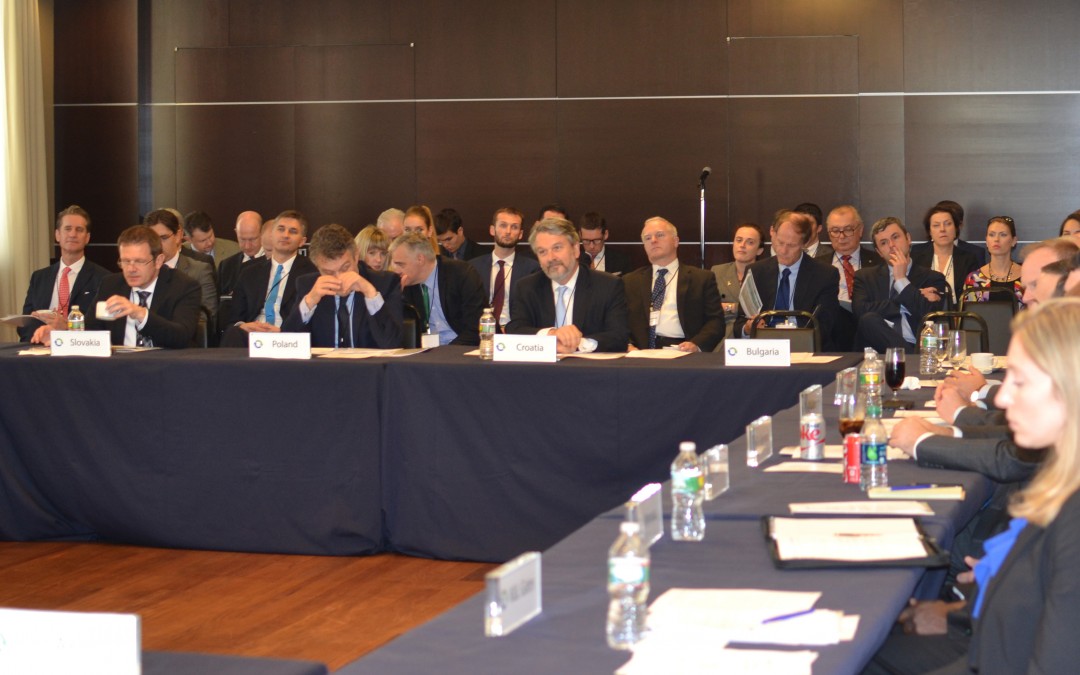 As the US is now at the cusp of becoming a major natural gas exporter, Europe has the opportunity to introduce additional supplies to its market and push down the prices of this strategic resource. Both sides could largely benefit from opening their energy markets and facilitating the transatlantic LNG trade. On November the 4th, decision-makers and industry representatives from both sides of the Atlantic met in Washington, DC to prepare the ground for the US—European gas partnership.

Liquefied natural gas (LNG) has been part of Europe's energy supply for just as long as piped gas. The very first LNG ship came from the US to the British Canvey Island in February 1959. “Despite an early start, until now Europe did not have a comprehensive LNG strategy which encompasses the entire EU. However, in recent years, our concerns for the security of supply have been aggra-vated, mainly due to the geopolitical situation to the east of the EU. At the same time, we have witnessed a transition of the gas markets, which have become global rather than regional. Given these two coinciding trends, the European Commission has decided to propose an LNG Strategy, which will be put on the table at the beginning of 2016. We strive to allow even LNG-access, not only to coastal Member States, but also for those which are landlocked through other EU mem-bers,” underlined Maroš Šefčovič, Vice-President of the European Commission, in charge of the Energy Union.

The European Union is highly dependent on oil and gas imports. As much as 85% of oil and 65% of gas consumed across the EU comes from countries outside the EU. “While Europe is working on a more diversified energy supply, the United States can already now produce more energy than it needs domestically. Opening up the gas trade can be beneficial for both sides. In Europe, and especially in its Central and Eastern part, the possibility of having more gas imports from new sources can strengthen not only our energy security but also our bargaining position in global energy markets. Access to more affordable and stable energy would benefit our consum-ers – businesses and individuals. At the same time I am sure that our market can be a most inter-esting destination for American exports. This can be a true win-win situation,” stressed Profes-sor Jerzy Buzek, Chairman of the Industry, Research and Energy Committee at the Eu-ropean Parliament.

Experts are agreed that Europe needs to prioritise infrastructure projects that will allow it to enhance its LNG receiving facilities, interconnections and reverse flows. “This requires a holistic approach, coordinated at regional and pan-European levels. An important component of this plan should be the North–South Corridor, whose task is to integrate key infrastructure projects, including the existing and planned LNG terminals, from the Baltic to the Adriatic, and ultimately to the Black Sea. Thanks to the terminals in Poland’s Świnoujście and Lithuania’s Klaipeda, the Corridor and connections with Norwegian gas systems would become part of a pan-European, interconnected pipeline network. As we are preparing the ground for the US–European gas part-nership, we need to let energy resources flow freely wherever needed in Europe,” explained Paweł Olechnowicz, Chairman of the Board of Directors of Central Europe Energy Part-ners (CEEP).

Expediting natural gas exports from the United States is a challenge, given a lengthy and expen-sive regulatory system. However, such exports will benefit the American economy in several ways. “Thousands of new high-wage jobs will be created, and new revenues will accrue at the national, state, and local levels. We need to remember that energy security is also an element of national security, and the starting point for energy security today is diversification of supplies and sources. Americans learned this lesson the hard way in the 1970s, and today much of the rest of the world knows this to be true. The United States should, therefore, do everything possible to help its European allies diversify their fuel sources and improve their energy security. It is time to lift America’s self-imposed energy export restrictions, and the roundtable in Washington, DC helped to accelerate this process.” said Fred H. Hutchison, Executive Director of LNG Al-lies.

A series of roundtables, initiated by LNG Allies and CEEP, in co-operation with AT Kearney and Grupa LOTOS, serve as high-level debate platforms for the key members of the US Congress, US government officials, EU Commission representatives, and members of the European Parlia-ment. They also bring together US exporters and upstream natural gas producers with their po-tential customers from Europe. The first roundtable took place on May the 27th–28th in Brus-sels, and produced a joint Memorandum signed by industry representatives from both sides of the Atlantic. The roundtable which took place on November the 4th in Washington, DC has added another milestone on the way to providing timely legislative actions in the US and coordinated investments in gas infrastructure in the EU. It has also confirmed EU prospective buyers’ desire and readiness to engage US LNG suppliers and start trade cooperation without delay.